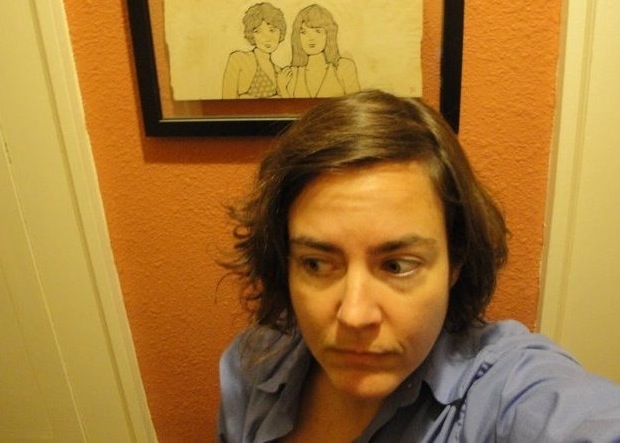 How long have you been writing?
Well, I started writing when I was a kid, which was forever ago: retelling events that happened in my life to make them turn out the way I wanted to. In which I got the boy, the girl, in which we didn’t move, in which my parents didn’t fight and no one died, in which my brother did not destroy my books, etc. But I didn’t get serious about all of this—writing regularly, architecting and constructing full manuscripts, taking apart books I like mathematically—until about eight years ago (around age 27).

What’s your connection to the Midwest?
I was born and spent my first half-dozen years in Kansas. I go back by train every summer to visit my grandpa.

How has the Midwest influenced your writing?
I could get philosophical here, and maybe this is, but I think it’s given me a sense of the value of open spaces. Fantastic monotony of the plains, endless travel by car and everything looking the same. My first experiences with composing narrative were getting my stories straight while riding in the backseat of my mother’s Ford Mustang watching dust devils rise and dissolve in the distance and the parallel lines of crops whip by. A lot of me is recreating that moment when I write. It’s pure.

Why do you believe there has never really been a regionalist push for Midwestern writing in the past like there has with the South or even the West Coast?
I don’t think people like the Midwest. Most writers are progressive, liberals (am I making a generalization?). Those people tend to hug the coast. This country, politically, culturally, certainly with literature, doesn’t make sense without our middle. It’s not a place I plan to ever live again, but I’m no one without those roots. And neither are the rest of us.

How do you feel about social media to promote your writing, and do you use it?
I go in and out of loving things like facebook. Until very recently I did not know what twitter was, although I had some vague idea. I’ve had a blog since 2000, but didn’t know it was a “blog” until around 2004. I am a reluctant Luddite. I still think it’s weird and won’t usually “friend” strangers unless they actually say hello. I still want interactions to be meaningful. I don’t know; I’m old fashioned. Yes, I love it. I mean, how else do you tell your four thousand friends you’re doing a reading in a bookstore nowhere near them? I jest. I love it. It’s convenience and ease for the organizationally and/or socially challenged.

If you could have coffee (or tea or a beer) with any literary figure, alive or dead, who would it be?
With a writer I would say Frank O’Hara; with a character (can I choose a character?) I would say Tonio Kroger.

Where can we find more information about you?
http://elizabethjcolen.blogspot.com, or you can just make stuff up; that’s what I do.