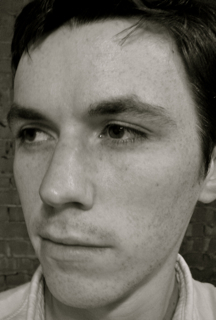 How long have you been writing?
About 10 years. Unless you count the Tarantino-esque independent film script I wrote in the 9th grade which, um, you shouldn’t.

What’s your connection to the Midwest?
Until recently, my life involved a complicated dance between Nebraska, Kansas, and Iowa. Or I could just say this: my connection is such that I have theories about how ‘The Plains’ both is and is not the Midwest. I mean, we totally are, but sort of like in the same way Quebec is Canada. We’d start a separatist movement if we weren’t so damn nice.

How has the Midwest influenced your writing?
For a long time, I wrote against it. When you’re a kid in Nebraska, you’re aware of where your state ranks. I had a vague sense I had to either embrace it and be Willa Cather or go the other way and never acknowledge place at all. For a time, I did both at once. Well, not Cather, exactly, but realist stories with a strong sense of place versus, I don’t know, absurd stories set in space or wherever. I quickly learned my best stuff is probably somewhere in between.

Why do you believe there has never really been a regionalist push for Midwestern writing in the past like there has with the South or even the West Coast?
My guess is that many Midwestern writers on the Eastern side (which is to say the Midwest proper) look to the coast while those of us from the Plains look west. There might then be a bit of a schizophrenic tendency between urban/western, future/past, that prevents any unified identity from congealing.

Or, and this is a completely different theory, it might just be the Midwest buys into its “real America” credentials a bit too much. Roth plays in Peoria, etc.

How do you feel about social media to promote your writing, and do you use it?
I’m fine with it. Or at least I don’t care about it one way or the other, really. Some people seem to be really good at it, and as someone who basically treats social media like a middle school dance—I’m there, please like me, I love you—I admire this. I mostly just make jokes about werewolves.

Favorite food?
No food? I’m pretty good at not eating.

If you could have coffee (or tea or a beer) with any literary figure, alive or dead, who would it be?
Can’t imagine Kurt Vonnegut would disappoint.

Where can we find more information about you?
I have a blog at a-peterson.blogspot.com and I’m on twitter—shamelessly promoting my own work—here: twitter.com/AdamWPeterson.