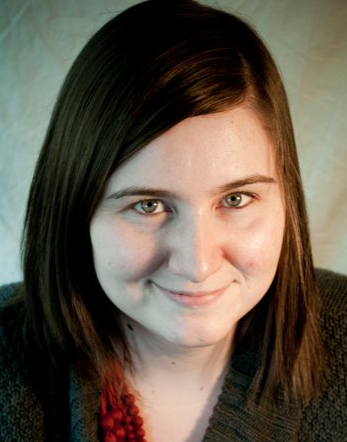 How long have you been writing?
I’ve been writing since before I can remember. When I was in elementary school, our local newspaper, the Flint Journal, had a weekly section of children’s writing, and I was always rushing to compose something for it because the winner got to go to the newspaper’s offices and pick out a free Goosebumps book. I’m proud to report I got to take home three separate selections from the Goosebumps series. I always wrote poetry in junior high and high school, but it wasn’t until my junior year as an undergraduate, though, that I began to think about pursuing writing as a career, and I was almost done with my MFA before I felt like I’d written anything that was any good.

What’s your connection to the Midwest?
I was born and raised in the Midwest, and I love it. After some soul searching last year, I decided definitively to never move any farther east than Ohio or any farther west than Iowa.

How has the Midwest influenced your writing?
A lot of what I write deals with growing up in Flint, Michigan during the late eighties and early nineties when the economic landscape of the area began to change from one of the best places to live in America to consistently rounding out lists of the most dangerous cities in the country. Flint used to be home to many General Motors factories and many of the men in my family (my father, my grandfathers, my uncles) had jobs there. I can remember on several occasions overhearing conversations in my home about factories moving or closing or someone we knew being laid off. I vividly remember seeing my dad tear up at the thought of choosing between an early retirement or beginning to look for a new job. Of course, as a child this all seemed normal. It wasn’t until I went to college that I realized that not everybody grew up this way and that not all towns had fast food restaurants you shouldn’t go to after dark for fear of being stabbed for your hamburger. It was then that I really began to feel an urgency to write poems about where I came from. I felt like I came from a place that needed to be represented and shared with people who had never experienced it.

Why do you believe there has never really been a regionalist push for Midwestern writing in the past like there has with the South or even the West Coast?
I don’t have a whole lot of evidence to support this hypothesis, but I think there are generally two prevailing schools of thoughts about the Midwest. First is that there isn’t a lot going on here, an idea probably best exemplified in the episode of 30 Rock in which Liz Lemon is wearing an outfit that’s a little on the blah-side and Jack Donaguey tells her she looks like a “Midwest Lesbian.” The second school of thought is that what is going on in the Midwest is a little on the Jerry-Springer-I’m-sleeping-with-your-sister-who-is-a-man-and-who-also-cooks-meth-with-your-grandma-in-a-pop-up-trailer side of life. Generally, I think the academics who teach literature and writing like to turn up their noses at this type of content, but, really, it’s their loss, and I’m glad Midwestern Gothic understands this.

How do you feel about social media to promote your writing, and do you use it?
I’m not great at using social media to promote my writing. I know a lot of people who are successful with it, but I’m just not consistent enough to have had any success. When my first chapbook, Before Onstar, came out, I tried to promote it by networking with other writers online, but I found that I just ended up with a lot of random people as Facebook friends. And the odds were that they, too, were only friending me to try to sell their books. Now I mainly just use social networking to talk to people I actually know.

Favorite book?
Like most writers, I have too many favorite books to pick just one. My favorite book by a Midwesterner, though, is Rivethead by Ben Hamper. It’s a/an creative nonfiction/autobiography by an assembly line worker from Flint, Michigan. My mom got it for me when I was in high school, and I’ve never let it go.

Where can we find more information about you?
www.etchedpress.com
www.facebook.com/sarahamycarson