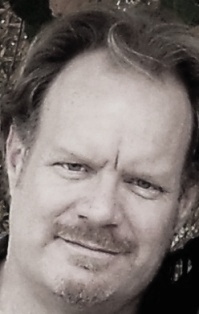 How long have you been writing?
I am kind of a born-again writer, someone who did a lot of creative writing in high school and college but then put it aside for a couple of decades for the usual reasons—family, career, and the need to focus on the critical and pedagogical stuff in grad school. Case in point: “Hostages for Christmas,” which I wrote an early draft of thirty years ago and then forgot.

What’s your connection to the Midwest?
I grew up in Minneapolis, where “Hostages” is set. I still travel back every year to visit with family and hang out around the lakes.

How has the Midwest influenced your writing?
I think there tend to be two poles for the Midwestern writer, particularly the Minnesota writer—call them the lyric and the sardonic. Or the Fitzgerald and Sinclair Lewis zones, if you will: the wish to enshrine the moment of beauty fused to a culture of relentless self-deprecation. It’s like wishing to celebrate the weather when it’s nice, but worrying someone will see you acting up and think you’re a rube. Poetry checked by practicality. Garrison Keillor probably nails this better than anyone.

Why do you believe there has never really been a regionalist push for Midwestern writing in the past like there has with the South or even the West Coast?
Arguably, after Twain, the literary Midwest lost some of its distinct character and instead became the automatic metaphor for Main Street and “small town America” as a whole. Spoon River, Winesburg, Zenith—the state hardly matters. It may also be that the Midwest is simply too big and amorphous a region in the first place to qualify as truly “regional.” In terms of contemporary fiction, the lack of a “regionalist push” probably has something do with people reading to escape, not having a lot of time, and preferring warmer settings that would make better vacation spots.

How do you feel about social media to promote your writing, and do you use it?
I’m just getting started on that. Honestly, I don’t like it much because the time I spend on the Net seems to be stealing too much time away from writing.

Favorite book?
As a World Lit teacher, I get to cycle through a good chunk of the canon every year and couldn’t possibly choose (although my students would probably say, don’t get him started on Don Quixote.)

Favorite food?
I need to watch myself here. I grew up with a mother who is a fabulous Italian cook, but my fiancée is Ethiopian, and I love and eat that food all the time.

If you could have coffee (or tea or a beer) with any literary figure, alive or dead, who would it be?
I think the coffee house pantheon would have to include Samuel Johnson, who could be allocated the opening remarks; Swift and Pope, to keep the conversational ball rolling; Woolf and Borges, to mediate the discussion; Joyce to sing and quip; and Zen master Mummon to stand up finally and pronounce the session over.

Where can we find more information about you?
I have a blog at mvmontgomery.wordpress.com and an author page at Winter Goose Publishing.