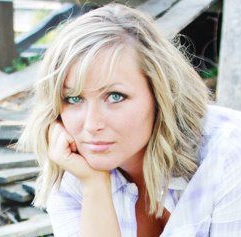 How long have you been writing?
I’ve been writing since I was a little girl. Instead of filling my diary with the daily activities of an eight year old, I was writing stories.

What’s your connection to the Midwest?
I was born and raised in Southeast Missouri, so the Midwest is my home.

How has the Midwest influenced your writing?
I live in a really small, rural area and the slow paced lives of the people that live there would seem dull and tiring to an outsider. But there are things that go on in a place like my home town that no outsider could ever imagine. Everything that makes a good story is right there—conflict, change, heartbreak, failure, maybe the occasional triumph—and the characters are more complex and unique than any others in the world.

Why do you believe there has never really been a regionalist push for Midwestern writing in
the past like there has with the South or even the West Coast?
Everyone in the Midwest is always trying to get out—to leave behind the conflict, and heartbreak, and failure—and so if the people that live in the Midwest aren’t interested in the writing that could come from their region, it’s going to take the rest of the world a bit longer to catch on.

How do you feel about social media to promote your writing, and do you use it?
I’m always weary about social media and writing. I see other writers that post short stories and poems on Facebook and I cringe . . . online copyright laws are so blurred that I’d rather be safe than sorry. Plus I get pissed when someone steals a clever tweet from me; there’s no way I’m risking someone stealing my actual work.

Favorite book?
I will read, and probably love, anything a person could put in my hands, from SciFi to Lit Fic to YA to Detective Noir. Recently I’ve been into Zombie literature, so I read Max Brooks’ World War Z, and I’m currently reading Colson Whitehead’s Zone One.

Favorite food?
Favorite drink would be an easier question… anything infused with caffeine, although a dirty chai latte is probably my favorite fix.

Where can we find more information about you?
I tried keeping a blog once, but that lasted all of about two weeks. I suppose if you wanted to know more about me, you could follow me on Twitter, although all you really get from that is smartass commentary on daily life. You could try adding me on Facebook, but I’m pretty picky about whom I add. If I haven’t met you in person, you won’t be on my friends list.