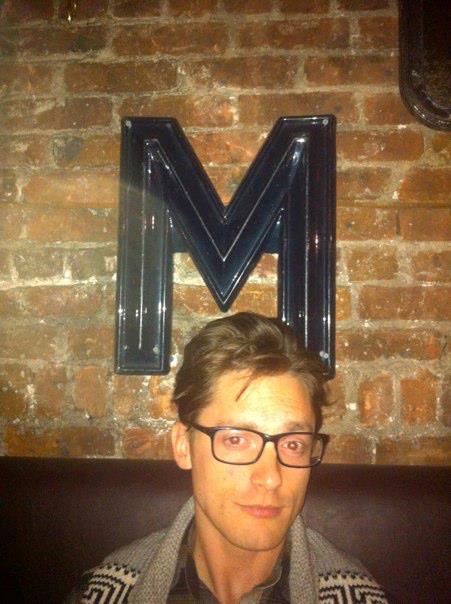 How long have you been writing?
I don’t know.

What’s your connection to the Midwest?
I grew up in Minnesota. On Lake Minnetonka. It’s just west of Minneapolis. Do you remember the scene in Purple Rain when Prince tricks Apollonia into stripping down so that she can “purify herself in the waters of Lake Minnetonka”? And then Prince speeds away on his purple Honda CB400A motorcycle, leaving her naked on the shoreline? That was my youth—summed up in one of the greatest scenes of the American cinema.

I don’t live there anymore though.

How has the Midwest influenced your writing?
Nearly all of my stories up until last year have been set in the upper Midwest. After leaving Minneapolis in 2004, I lived in Brooklyn for a long time—long enough that more of my work should probably be set there. But I was in Minnesota recently, driving along a frozen lake as the sun set, and a thick fog made it impossible to see the opposite shoreline. I could see fishermen spread across the ice through the haze. The ones sitting deepest in the fog faded out almost entirely, like ghosts, maybe. These were just ordinary men, but the setting had made them something greater. Maybe even frightening. I find that more interesting than the people who argue over the origin of their kale at the Park Slope Food Coop in Brooklyn.

I think the Midwest, and Minnesota especially, just has a particular eeriness to it that isn’t always easy to sense when living there full-time. And that underlying dread often shows up in my writing. The Coen Brothers (more Minnesotans) used it in No Country for Old Men—though that film and book was set in Texas, of course. So maybe Fargo or A Serious Man are better examples. I don’t know. Basically, don’t believe anything that Garrison Keillor has ever said about Minnesota.

The state is a far more malleable setting than what Lake Wobegon might have you believe. In the summer, that same frozen lake that I drove along is home to hoards of drunken men who wade waste-deep in beer-and-piss water while cheering on bikini-clad women who wrestle each other on floating mats.

Why do you believe there has never really been a regionalist push for Midwestern writing in the past like there has with the South or even the West Coast?
A lot of people seem to believe that it’s due to Midwesterners’ modesty. But that’s bullshit. The Midwest produced Bob Dylan, Prince, and Kanye West. These artists have never been known for lacking bravado by any means. Maybe that’s a bad example. I don’t care; I’m going with it.

I think the answer lies somewhere closer to the fact that nobody knows what the Midwest is. I once met a woman from Missouri who told me that the Show-Me State was definitely part of the Midwest. We argued over it. When I was in the Sixth Grade in Minnesota, I was taught that the Midwest didn’t fall any farther south than Iowa. Looking today, though, I see that the U.S. Census actually classifies Missouri as a Midwestern state. But for years, I was led to believe otherwise. So I guess I blame Sixth Grade geography classes for the fact that there’s never been a regionalist push.

How do you feel about social media to promote your writing, and do you use it?
It’s a necessity, I guess. I use it. Twitter. Facebook. I’ve probably already re-Tweeted this questionnaire. Unless you have a major publisher promoting you, who is going to read your work? I think unknown writers like me need to do a better job of promoting each other as well. Just stop being so competitive for a second and say, I think you should be reading this person. Not that I’ve ever actually done that. But I think it’s a great idea.

Favorite food?
Can I say Cookie Crisp with Baileys Irish Cream in place of milk? I’ve only had it once. A decade ago. But I’ll say that.

If you could have coffee (or tea or a beer) with any literary figure, alive or dead, who would it be?
Roberto Bolaño. Though I don’t think he’d like me very much. In fact, I think the entire meeting would end poorly.

Where can we find more information about you?
I’m on the internet all of the time at ericjmagnuson.com.

Sometimes, but rarely these days, I say things to a meager following on Twitter.