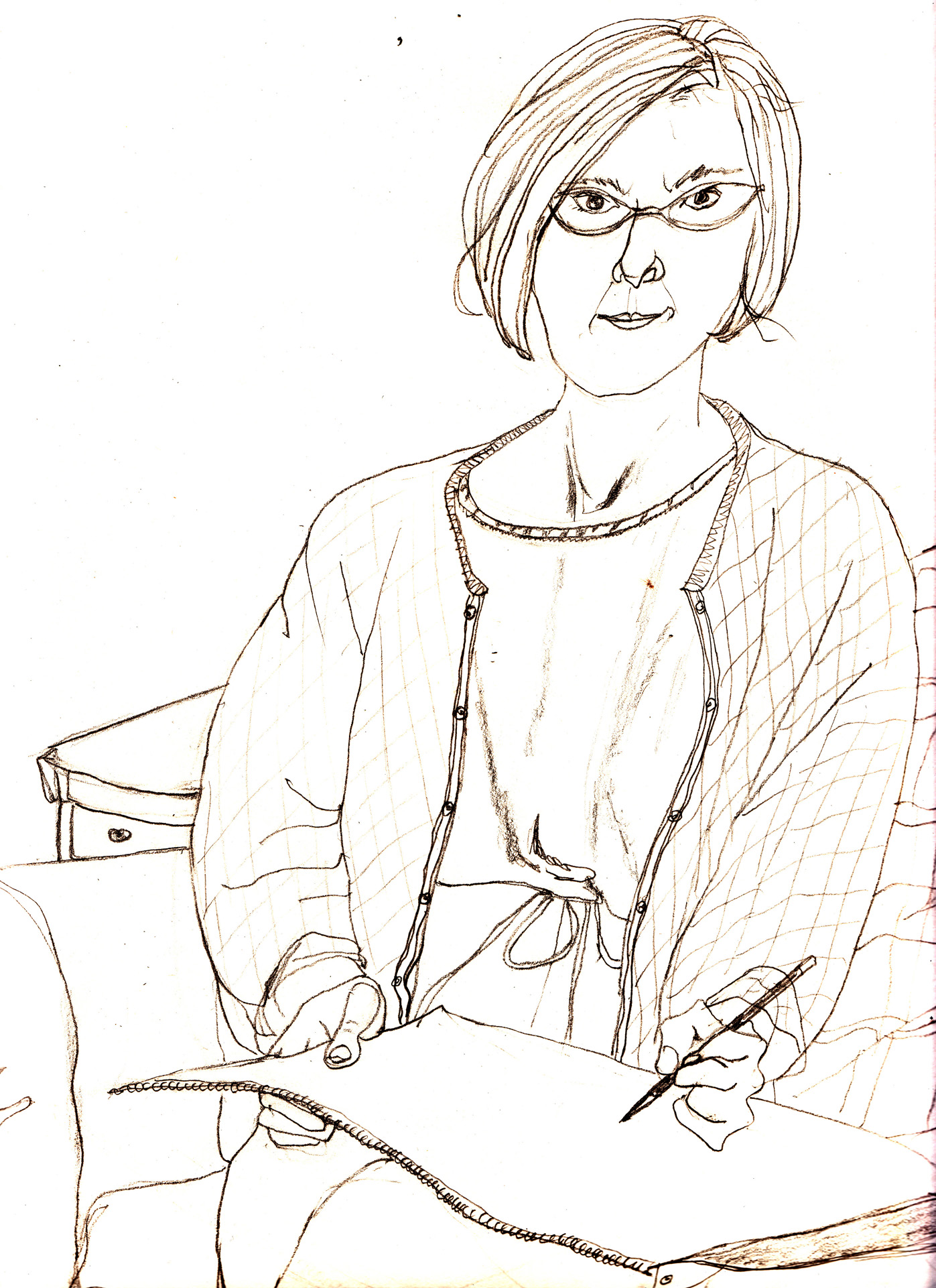 How long have you been writing?
My father brought home scrap paper from the office when I was in grade school and I started filling the blank sides with drawings and stories. To this day I can’t throw away a blank sheet of paper, it it begs to be filled—even if it’s just my grocery list or a sketch of a pencil cup when I’m on the phone.

What’s your connection to the Midwest?
Except for a year after college spent in Phoenix, Arizona, I’ve lived in the Midwest all my life (Illinois, Ohio, and now Wisconsin.) I never realized how truly Midwestern I am until I went out West where people drive a hundred miles to climb a mountain but won’t walk half a block to the drugstore. The constant sun often felt like a reproach, I longed for a rainy spell so I could stay inside and not feel I was wasting a beautiful day. On the other hand, I see the endless gray days of a Midwestern winter as a chance to be creative. A gloomy day is like a blank slate and it’s up to me to make something out of it—the weather isn’t going to help

How has the Midwest influenced your writing?
If there is an influence, it may be in the the scope of my work. While there’s a lot of natural beauty in the Midwest, the landscapes are usually not as grand in scale as vistas in the West – they do not overwhelm. Not that I consciously think of it that way when I’m writing, but it does free you in a way to focus on things on a smaller scale. I take it even further, often telescoping down to minutiae in my work

Why do you believe there has never really been a regionalist push for Midwestern writing in the past like there has with the South or even the West Coast?
The geography of the Midwest is so broad – from Kansas to North Dakota, Missouri to Minnesota, Illinois up to Michigan, and over to Indiana and Ohio is a lot of territory. I wonder if there are common values and traditions across such a huge expanse. That being said, there was a small wave of Midwestern regionalism in the early 1900s. The Spoon River Anthology; Winesburg, Ohio; and Willa Cather’s prairie trilogy all came out within a few years of each other. I don’t know if it was identified as a movement at the time, but there was sure a lot of excellent writing going on.

How do you feel about social media to promote your writing, and do you use it?
Several of my artist and writer friends have websites, blogs, and/or profiles on Facebook, and I’m in awe of how facile they are with it all. But I already spend so much time on my computer, mainly writing but also the usual shopping/e-mail/Googling, I have no desire to spend even more time going on social media. There’s also the privacy factor, I’m not comfortable putting myself out there just yet. Still, I see what a powerful tool social media can be for getting your work out to the world. But even an online presence depends on a solid body of work. For now I need to concentrate on writing.

Favorite book?
Impossible to narrow it down to one. Perennial favorites: Catcher in the Rye (JD Salinger) and The Great Gatsby (F. Scott Fitzgerald.) More contemporary favorites: Montana 1948 (Larry Watson) and I Was Amelia Earhart (Jane Mendelsohn.) These are just a few that come to mind, I’m a voracious reader and there are so many books I could
name.

Favorite food?
Hands down, pizza. I’m originally from the Chicago area which has the best pizza in the U.S. It took years but Milwaukee finally has some really good pizza places, a couple of them right in my neighborhood.

If you could have coffee (or tea or a beer) with any literary figure, alive or dead, who would it be?
I’d be too awe-struck to meet most authors I admire. But if it were possible to commune with the dead, it would be lovely to have tea with Jane Austin. She has such a droll sense of humor and it would be fascinating to compare notes on manners and mores in her day and ours. I wonder what she’d make of less-than-courtly contemporary courting rituals such as online dating, friends with benefits, and hookups via text message.

Where can we find more information about you?
Nowhere, at this point. I intend to get a website up and running later this year. (I don’t count my high school reunion website…)