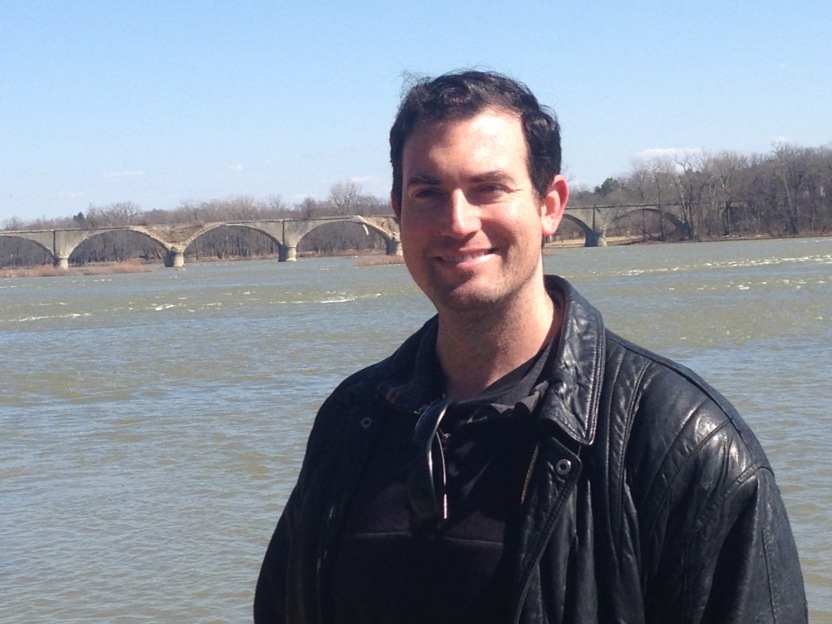 How long have you been writing?
It’s hard to just give a number in terms of years because the degree of focus, the type of writing, and the amount of involvement has varied. So, here comes a long answer to what was intended as a short question.

When I was in 3rd grade, and my 5th grade brother wrote some poem inspired by his reading of Dante’s Inferno, that made writing poetry rather interesting to me: the idea that you could write about demons and not leaves. I went ahead and wrote a poem that night that I still remember today (it rhymed and was short). For writing fiction, I remember going with a pal to a writing conference based on a teacher’s selection in 6 th grade, so that was another inducement. I still remember one of the writing prompts there, about a “gypsy” dollar bill—we were supposed to write from the perspective of the money, all the things it had seen while changing hands.

Also In 6th grade, I enjoyed the challenge and the comedy of writing stories where we’d be assigned to use all the spelling words the teacher was going to test us in. The results would be pretty absurd: talking slugs among other things. Some combinations worked better than others, and playing with conjunctive and disjunctive narrative logic was a riot. We read this work in class, and it was always interesting to see what people would laugh at. In a more serious way, as an undergraduate I took prose and poetry workshops at the College of Creative Studies, which is a part of the University of California at Santa Barbara. I had great writing teachers and literature instructors there such as Max Schott, Jervey Tervalon, Robyn Bell, Kia Penso, Caroline Allen, Logan Speirs, and John Wilson. That was back in 1991-1995. I’ve called that the “golden age” of my education. Then the focus shifted to critical writing about literature and folklore while I did a Ph.D. in English Literature at the University of Washington (1995-2001). Near the end of my time in WA, besides writing scholarly journal articles, I learned to write screenplays and began writing short stories again.

After a series of teaching jobs (Sacramento, California; East Lansing, Michigan; Melbourne, Florida), I decided it would be the most meaningful path to leave my teaching position in Florida and work more on fiction writing here in Bowling Green, Ohio. Part of the reason I made this decision was that while I was working in Florida I was fortunate enough to take some conference mini-courses with Philip F. Deaver, John Dufresne, and Susan Hubbard. So, the fire was lit for working more on greater output and tighter revision. Here in the BGSU MFA program I’m getting useful and provocative feedback from all the really smart and funny writers in my cohort and in-depth instruction and guidance from the fiction-writing professors Lawrence Coates and Wendell Mayo, for whose workshop class I first came up with this story.

What’s your connection to the Midwest?
Currently, I’m living in Bowling Green, Ohio. I lived four years in East Lansing (2004-2008) while I was teaching at the Writing, Rhetoric, and American Cultures Department at Michigan State University. I had family who lived in both Ohio and Michigan, and I’ve got a niece in Wisconsin. I like traveling throughout the Midwest and continuing to learn more about it.

How has the Midwest influenced your writing?
The sense of place, from the aspects of the natural world—such as the Great Lakes, the “wait-10-minutes-if-you-don’t-like-the-weather” climate, the animals—to the interesting variety of human civilization: the small towns, the farms, the dense rust-belt cities, the friendliness, the despair (I remember observing writing on one billboard plaintively asking why the automobile industry had let people down). Also, the feeling of political uncertainty; there something wonderful about being in battleground states. People seem willing to make up their own minds about things. There’s a fierce independence at work here on a variety of levels. I met one guy in Bowling Green who never has left the state, and he has some very strong opinions about why he doesn’t have any interest in doing so. And there are also people who have lived in numerous locations and the Midwest is one part of that itinerary. There’s this ongoing tension between the past and the present, as well as the civilized and the wild; look at the bridge behind me, for instance, in the accompanying picture. Once upon time, that bridge was a triumph of industry, now it’s a ruin, and the traces of debris from floods have caked the cement with mud. This fluctuation between poles of perceived progress and chaos is interesting to me, and part of that seems to pulse more vividly in the Midwest with the cornfields and the factories, a kind of synergy with the larger beats of the seasons and the planet itself. That oscillation between willful order and entropic chaos is part of what I explored in “Fridge Monitor,” and how language itself struggles for a sure footing in the face of the need to simply eat, digest, and avoid rotten food. The meaning of life may just be a short trip away to the farmer’s market and then to your fridge.

Why do you believe there has never really been a regionalist push for Midwestern writing in the past like there has with the South or even the West Coast
This is a question I’ll have to answer last. First I’ll take care of grabbing a photo and then get back to this one. . . . So, I suppose part of that lack of “regionalist push” is because at first glance there is no easy angle to promote Midwestern writing. There has been no defining well-known political event, such as the Civil War for the South, and the Mexican-American war for the West. The expansion into the Midwest has made an impression of gradualism and normalcy. After all, we have the mainstream term “the heartland,” although that very term has been somewhat lampooned and marginalized. There certainly has been and is a range of cultural diversity, from Native Americans to the Amish, Scandinavians, Hoosiers, and Chaldeans. However, except for some of the Yooper dialect of Upper Michigan and accents popularized in Fargo, much of the Midwest is considered “Standard English” in terms of pronunciation, so there’s that lack of an easy one-size-fits-all label. To even focus on Chicago, there’s such challenging diversity right there—where to begin? So, on the one hand we have this region, which defies simple stereotyping and has a richness of history and culture, but on the other hand, you have a challenge for promotion. There is a book called Wry Harvest that collects what the editor (Chris Lamb) considers Midwest humor, by the way. What’s great about a publication like Midwestern Gothic is that it offers a range of thoughtful and absorbing perspectives on Midwestern life.

How do you feel about social media to promote your writing, and do you use it?
I have a website (http://jasonmarcharris.com/)but no web design skills. One of these days a talented web-designer friend of mine is going to improve upon the site. The difference will be clear when that happens. Now and then I make a post on Facebook about some recent work, and I like to help promote other people’s writing that way too. Goodreads.com is fun too, and I just heard on NPR that they just got bought up by Amazon.

Favorite book?
Hard one: there are several books that do some things so well that they all crowd in demanding I pick them. J. D. Salinger’s Catcher in the Rye for the compelling irreverent first-person narrative voice; J. R. R. Tolkien’s Lord of the Rings for the immersive world, a personal and abstract presentation of evil, the deep sense of how a legendary and mythic past impinges upon the present, and power of the journey; Albert Camus’s The Stranger for capturing the subjective experience of Meursault in his uncompromising alienated existentialism and a minimal sensory poetics that comes across as clean and authentic; Emily Brontë’s Wuthering Heights for doing something similar with the alienated and defiant Heathcliff but in a more romantic and passionate way; James Hogg’s The Private Confessions and Memoirs of a Justified Sinner for the diabolical premise anticipatory of Crime and Punishment and the clever use of multiple narrative perspectives; Ernest Hemingway’s Nick Adams stories for the clarity of vision of sensory experience; H.P. Lovecraft’s The Dream Quest of Unknown Kadath for the impossible magic of showing how you can write about a dream world beneath our dreams, and Thomas Ligotti’s The Nightmare Factory for combining the horrific and the absurd in disconcerting stories like “The Last Feast of Harlequin” (which, by the way takes place in the Midwest and adds a whole new level to some people’s horror of clowns…).

If you could have coffee (or tea or a beer) with any literary figure, alive or dead, who would it be?
Samuel Taylor Coleridge. He was supposed to be such a great talker. Look at all the philosophy that came out of his head a well as poetry. I’d be curious to see what he’d make of the literary scene today. I’d also like to see how his imagination would engage the world around us, just pointing out things in the coffee shop or outside. I suspect he’d have some memorable perspectives.

Where can we find more information about you?
If after my long-winded responses, people are still curious, go ahead and add me on Facebook: https://www.facebook.com/jason.m.harris1?ref=tn_tnmn

And then there’s the webpage: http://jasonmarcharris.com/

Feel free to email me too.