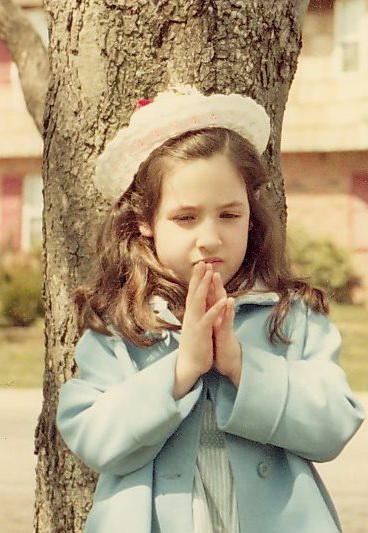 How long have you been writing?
Since first grade, I think, although my family says I was telling long, very detailed (they may have used the word tedious) stories before that. But once I started reading books on my own, I started narrating things in my head as they happened to me. My mom would come into my room and say something like, “Time to clean up your toys,” and I’d think “. . . Jenny’s mom said. Jenny watched her mom walk down the hallway.” Around the same time, my teacher gave us the option of writing stories as extra homework, and then we could read them to the class the next day. I filled two of those old black and white marble covered composition notebooks. I think my mom still has them somewhere.

What’s your connection to the Midwest?
My mom was born in Hamilton, Ohio, so we used to go there once in a while when I was a kid. But I lived in Georgia for most of my life; we moved to Atlanta from Long Island when I was eight. I moved to Athens, Ohio, for grad school when I was 27, and it’s that area, southeast Ohio, that I connected with in a way that I hadn’t done anywhere else I’d lived, except for maybe the area of New York I was born in. But that’s different, right? I mean, birthplace kind of gets a special pass. I’ll always feel connected to Dix Hills, New York, but I didn’t choose it. And I wouldn’t choose to move back there now, as much as I love it. Anyway, after four years in Athens, Ohio (I have to specify because I also spent eight years in Athens, Georgia), I moved even deeper into the Midwest, to Kansas, for a second graduate degree. It took me a lot longer to feel any kind of connection to Kansas, and what’s there now is pretty tenuous. It’s southeast Ohio that still shows up fairly frequently in my dreams.

How has the Midwest influenced your writing?
As much as I felt at home in Ohio, and as much as I’ve always felt a distinct disconnect from Atlanta as a place, I still identify culturally as mostly Southern, but it wasn’t until I moved to the Midwest that I realized that. So maybe that’s a reverse influence – after I moved to Ohio, I started writing myself back South. But also, I became much more cognizant of significant differences between the areas of Georgia I’d lived in, with their climate and landscape I’d come to regard as a kind of norm, and what I encountered in Ohio, and in Indiana (two of my aunts live there, so I would go over and visit them several times a year), and eventually in Kansas. So I started paying closer attention to place details – the difference between a Georgia hill and an Ohio one, for instance; the difference between types of trees (so, so much more pine in Georgia, and they’re so tall); differences in not just the amount of humidity in the summer, but the quality of it; the differences in size of insects (camel crickets in Kansas, which we called “hoppy bugs” when I was a kid in the South, are gigantic compared to the ones that hang out in my grandfather’s basement in Atlanta), etc. – and those kinds of details made themselves more present in my writing. Also, of course, once I left Ohio, I immediately started writing myself back there. Kansas has shown up in some of my nonfiction and the more autobiographical fiction, but I doubt it will have a strong place in most of my fiction until I leave to go somewhere else.

Why do you believe there has never really been a regionalist push for Midwestern writing in the past like there has with the South or even the West Coast?
I suspect it’s because the Midwest isn’t seen, by the rest of the country, as having a distinct regional culture the way other places are. And I say that as an outsider who, when she was getting ready to move to Ohio, thought, “Shit. What am I going to do there?” But I remember that after I’d been in Ohio for a while – six months or so maybe – a friend back in Georgia was saying something about how her impression of Ohio was that it must be all cornfields and meat and potatoes and whatnot. And, I don’t know whether it was the oversimplification of the place, or her tone of voice, or the fact that she kept insisting on that description even after I tried to explain how my experience of the place was different, or probably all of those things together, but I remember feeling very defensive of my little area of Ohio specifically, and the Midwest generally. Something else I think is different about the broader perception of the Midwest is that there’s supposedly no accent. I think in some ways the Midwest accent (I believe it exists) and the sort of corn/soy/wheatfields image and everything associated with those things are assumed to be the template for America, or of a romanticized version of it, and so it’s not conceptualized as a region in the kind of “local color” sense that influenced the Regionalism movement in literature in the nineteenth century. I think the Midwest is often oversimplified as “nothing special,” which I think isn’t fair at all.

How do you feel about social media to promote your writing, and do you use it?
I think the ability to share and promote work is one of the great benefits of social media. I often don’t know when other writers who are my friends have had something published until they post about it on Facebook. It oftentimes doesn’t occur to me that particular people would be interested in reading something I’ve had published, so using Facebook (I’m not on Twitter, and don’t plan to change that) to announce when a story is up or an issue of a journal I’m published in is on sale lets me take the lazy way of telling many people I know at once.

Also, I thought the Next Big Thing Blog Hop that was (still is?) going around was a great use of the internet to promote work and get writers talking about their projects.

Favorite book?
Well, that’s an impossible question, isn’t it? How about a top five, with the understanding that this is completely dependent on what I’ve read recently and what I’m thinking about these days and my mood at this very moment: As I Lay Dying, Juneteenth, Unaccustomed Earth, How Far She Went, Cataclysm Baby.

Favorite food?
Oh, this is much easier than the books question. Bratwurst.

If you could have coffee (or tea or a beer) with any literary figure, alive or dead, who would it be?
Oh, probably Faulkner, although I don’t know what we’d say to each other once we got past the part where I’m sputtering about my hate-love relationship with the South and he’s like “Yeah, I know. Perhaps you’ve read some of my books?” I’ll just hope that in this hypothetical scenario he’s a much better conversationalist than I am. If not, we could just eye each other warily over our glasses of bourbon or whatever.

Where can we find more information about you?
I recently jumped on the writers-with-blogs train at the suggestion of a friend. The url is jennifermcolatosti.wordpress.com. It’s embarrassingly sparse so far.