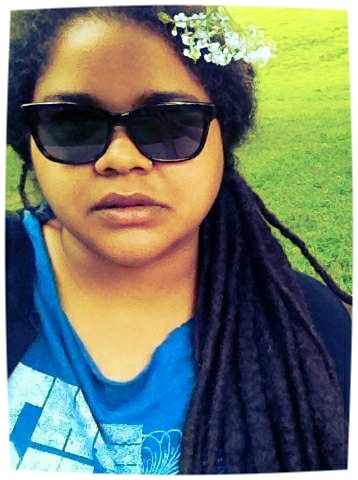 How long have you been writing?
When I was a little girl, I’d cut out pictures from my mom’s magazines and catalogs, laminate them and give them names, background stories. So as far back as I can remember, I’ve written down ideas for characters/stories. But I only started taking it seriously a couple of years ago. (As seriously as I can take it!)

What’s your connection to the Midwest?
I was born and raised in Kentucky. My extended family is from the Deep South, but a lot of people I love live in the Midwest. Some of my best girlfriends. I love spending time there, especially in the country. We spend a lot of time in Indiana since it’s right across the river.

Why do you believe there has never really been a regionalist push for Midwestern writing in the past like there has with the South or even the West Coast?
People tend to think that everything is happening somewhere else, not where they are. There’s a song by Jason Aldean called “Fly Over States” (allow me this because I love country music) and in it he says “You’ll understand why God made those fly over states. Have you ever been through Indiana?” And it’s this idea that although some things in this country are often overlooked; these middle-of-nowhere towns, corn fields, farms…they are indeed little treasures worth writing about and singing about. Now it seems like every writer I know is from the Midwest!

How do you feel about social media to promote your writing, and do you use it?
I use Twitter, Tumblr and my personal website. I’m down with some of it. I’m way too private to be all up on it everyday talking about everything, but it’s most excellent when it comes to connecting with people easily, all across the world. And I’ve met some awesome, kind people I hope I know forever. Fersure.

If you could have coffee (or tea or a beer) with any literary figure, alive or dead, who would it be?
Strong, morning coffee and a shared hand-rolled cigarette with Jack Kerouac. (I don’t smoke, but I’d smoke with him.) Butterbeer with Harry, Ron and Hermione. Tea and cookies with Apostle Paul.