We’re thrilled to announce our first ever Midwestern Authors Book Giveaway, where you can win signed copies and eBooks from some of the best talent the Midwest has to offer. And the best part is, all you need is a Twitter account to enter.

TO ENTER: Retweet the contest tweet from @mwgothic. That’s it! For each prize we’ll draw a winner (at random using Random.org) from the collected pools of entries (read: each retweet is an entry).

PRIZES: We’re giving away a slew of daily prizes, with bigger prizes at the end of the week.

The big prizes at the end of the week are:

Not only does re-Tweeting the contest tweet put you in the running to win one of these prize packs, but it also enters you automatically into the drawing for a daily prize. 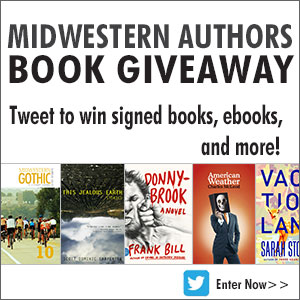