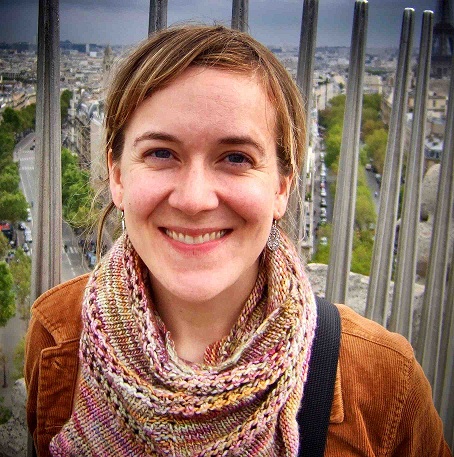 How long have you been writing?
Since I learned to hold a pencil, or maybe a crayon. But I only started to take it seriously as something I could really do a few years ago.

What’s your connection to the Midwest?
I lived in Ohio until I was 23. My family still lives there. I think about moving back whenever it hits 100 degrees here in Texas.

How has the Midwest influenced your writing?
I grew up in a small town, so as kids we had to make our own entertainment. In some ways, writing is just another way to make my own entertainment. And I think the puritanical work ethic that some of us Midwesterners were raised with helps me keep up with my writing even though it means giving up free time and some of my social life.

Why do you believe there has never really been a regionalist push for Midwestern writing in the past like there has with the South or even the West Coast?
In my experience, Midwesterners don’t like to draw attention to themselves. We just do our thing and don’t make a big deal about it. It’s not that there isn’t a Midwestern identity, it’s just that we don’t advertise it the way that other regions do. I think this applies to Midwestern writing. It’s everywhere, but people don’t think about it being Midwestern, and it’s not really presented as such. I also think people sometimes mistakenly equate “Midwestern” with boring. But quiet is certainly not the same as boring.

How do you feel about social media to promote your writing, and do you use it?
I think it’s great, but I don’t use it to promote myself very much (what was I saying about not wanting to draw attention to ourselves?). I mostly use it to keep myself informed about the writing world. I think it’s super helpful for those of us with non-creative-writing day jobs who would otherwise be very isolated from other writers.

If you could have coffee (or tea or a beer) with any literary figure, alive or dead, who would it be?
Lysley Tenorio because I loved Monstress, and he seems like a nice, interesting person I’d just want to hang out with. But I’d have to restrain myself from grabbing him by the shoulders and yelling “Teach me!”

Where can we find more information about you?
You are welcome to follow me on Twitter, @StephanieFrazee, although you’re likely to learn more about my pets than you are about me. But I suppose that fact alone tells you something about me.