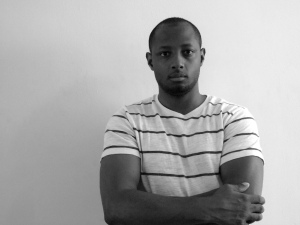 How long have you been writing?
I suppose I’ve been writing recreationally since high school, but didn’t consider that I wanted to write more seriously until I got to college and began taking classes in creative writing and literature. The assignments I received in those classes were really helpful in showing me what I did and didn’t enjoy about writing.

What’s your connection to the Midwest?
I was born and raised in Bloomington-Normal, Illinois, then moved to Chicago when I was twenty-one to finish college and then, later, go to graduate school. I’m a lifelong Illinoisan.

How has the Midwest influenced your writing?
I’ve always been a bit interested in writing about place—more specifically, I’ve been interested in writing about cities and getting to the bottom of how they function and what separates them from other cities. I’ve done this with small towns, too, but I guess that since I moved to Chicago I’ve been trying to figure out what it now means to me and what my perspective on the city is.

Why do you believe there has never really been a regionalist push for Midwestern writing in the past like there has with the South or even the West Coast?
There’s a floating quote in my head that I can’t attribute to anyone and that I’ll have to paraphrase, but the Midwest is a quiet and bashful child of the United States. Perhaps it’s even a middle child, not really being able to claim the antiquity of a region like the South or the novelty of a region like the West Coast. Maybe it hasn’t gotten much of a chance to show itself off.

How do you feel about social media to promote your writing, and do you use it?
I have a blog where I post updates about my writing and where it’ll appear next. It’s obviously a nice thing to be able to share that with friends & family, and it’s nice to see my friends who write use various aspects of the Internet to promote their own writing, too.

Favorite book?
I re-read J.D. Salinger’s Franny and Zooey every summer, if you’ll let that be a shy answer to this question. I don’t feel that I have one favorite book overall—one that encompasses all genres— and I feel a bit embarrassed by that fact. . . .

Favorite food?
Bread. Sandwiches. Soup in bread bowls. Anything you can do with bread is great.

If you could have coffee (or tea or a beer) with any literary figure, alive or dead, who would it be?
James Baldwin. He’d help me sort my life out as a Black American, I think.

Where can we find more information about you?
The blog I mentioned earlier is at micahmccrary.wordpress.com. I promise to update only when necessary.