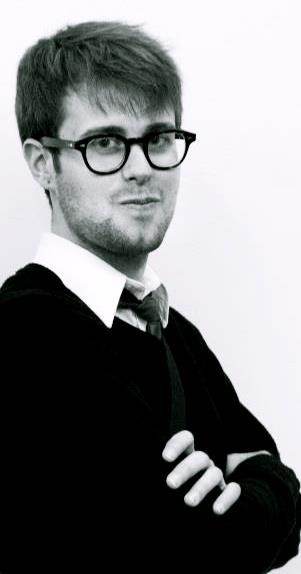 How long have you been writing?
I’ve been writing stories since childhood. Whether or not that qualifies Writing with a capital “W” is entirely up to the reader, I suppose. As a poet or fiction or non-fiction writer with a supposed audience and work that is generally thought to be aimed towards publication, I’ve been writing since taking my first creative writing workshops during my undergrad.

What’s your connection to the Midwest?
I was born in Dubuque, IA and raised in Southwest Wisconsin, so I’ve always been close to the region, the Mississippi River, and the folks that call it home.

How has the Midwest influenced your writing?
I think that geography and place have always had a profound effect on my work. Naturally, having spent some serious time in rural Wisconsin, it comes through. I think about the work of Richard Hugo, specifically Degrees of Gray in Phillipsburg and the aesthetic of what is considered, generally, Midwestern. Bob Hicok’s A Primer is another favorite. The qualities that can be found in these poems are representative, too, of a specific time and place that I can only track to the Midwest. Of course, these images and ideas occur in other places, too.

For me, so many of my memories and stories are firmly rooted in the region. Having now branched out and spent time in the West and the space that can be found there, as well as having recently moved to the Northeast, I’m sure that place will continue to affect certain aspects of my work.

I’d also like to think that there is a certain quality to ones’ art that has no direct correlation to time or location or landscape.

Why do you believe there has never really been a regionalist push for Midwestern writing in the past like there has with the South or even the West Coast?
I think it has to do with the general assumption that there isn’t much going on there. Of course, this is untrue.

Additionally, the coastal regions have always had the benefit of population, commerce, oceans. These things are important for generating tourists, but not necessarily for generating good art. There is a certain weirdness and underlying mysterious quality to the Midwest that I’ll continue trying to pinpoint in my life and, no doubt, in my work.

How do you feel about social media to promote your writing, and do you use it?
I think it’s great. I use it all the time.

Favorite book?
The last really great book that I read was Snapper by Brian Kimberling.

Favorite food?
My favorite food is the type that most effectively removes hunger pangs.

If you could have coffee (or tea or a beer) with any literary figure, alive or dead, who would it be?
I’d say that all one need do is open a book while having said coffee or tea or beer and listen. That’s as good if not better than most real interaction I’ve encountered with writers I admire. The ideal interaction is captured in the work, itself.

Where can we find more information about you?
I’m online at: michaelvaughnlambert.tumblr.com.