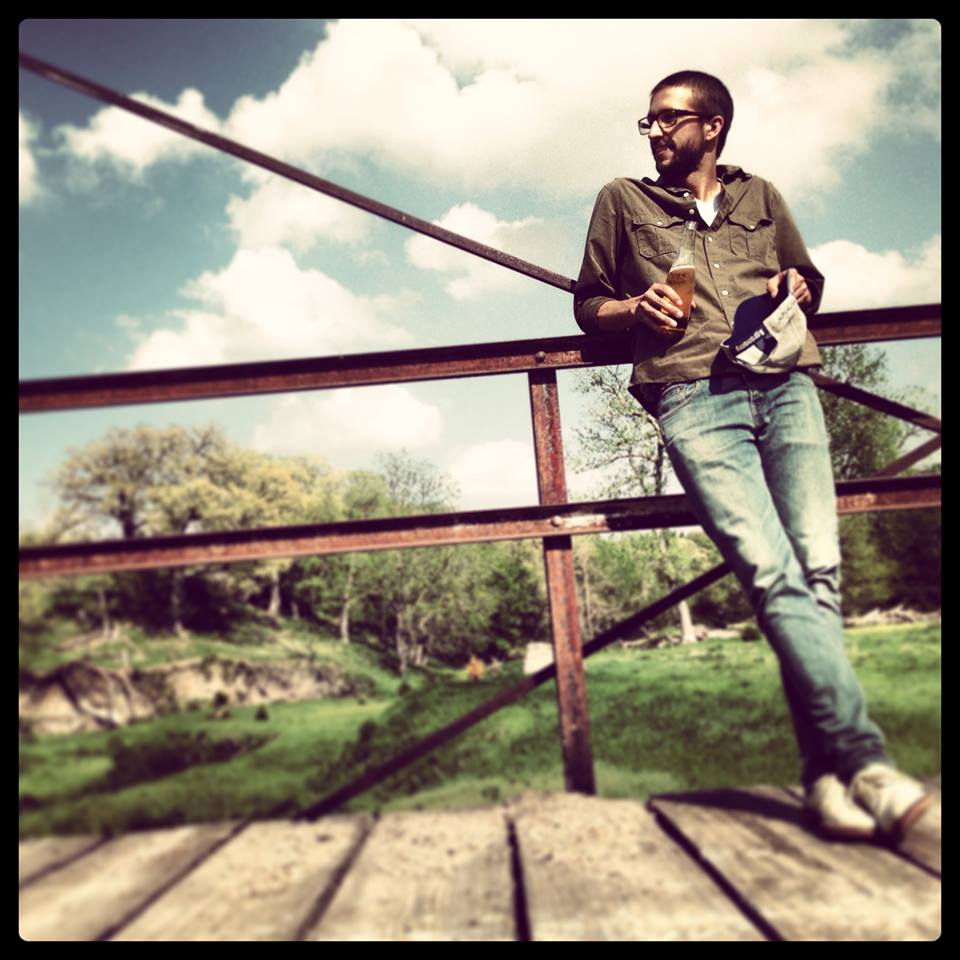 How long have you been writing?
My earliest memory of writing—at least in a creative sense—stretches back to the first grade. Our teacher gave us something like 30 minutes each Friday to write anything we wanted, no rules attached. I loved the freedom of those 30 minutes, and wish I could replicate that freedom today; not just the unrestrained content, but the absence of that nagging editorial voice that tries its best to censor me now as an adult. I wrote about all sorts of fantastical things—I recall one in particular about a mouse with a large cavity on its tooth—and because I didn’t know any better, I was proud of them all.

It wasn’t until joining the staff of my high school newspaper, however, that I began to think of myself as—maybe, sort of—a writer. During my junior year, I was awarded the Al Neuharth Free Spirit Scholarship and was flown to a weeklong conference in Washington, D.C. I met Tim Russert and Al Neuharth and a dozen other journalism hot shots, and decided being a journalist might be an honorable trade. After that, I knew without any shadow of a doubt that I wanted to write professionally.

What’s your connection to the Midwest?
Well, that’s funny. I was born and raised in Broken Bow, Nebraska, a small farming community in the center of the state. Growing up, my friends and I considered ourselves bona fide Midwesterners. It wasn’t until moving to Wilmington, North Carolina, to pursue my MFA degree that I met people—mostly Ohioans and Michiganders—who disagreed with me. So, I guess in a strictly geographical sense, Nebraska’s Midwestern citizenship is up for debate. Lately I’ve started telling people I’m from the Great Plains to avoid that confusion. What say the editors of Midwestern Gothic? Can we be part of the club? Just in case your verdict excludes the Huskers, I should let you know that I have distant relatives on my mother’s side from Ohio.

How has the Midwest influenced your writing?
I’m not sure I’d be a writer if I hadn’t grown up here. Maybe that’s a stretch, but I’ve always felt a need to defend the Midwest against the provincialism of the coasts, and on a micro scale, even to defend rural Nebraska against Lincoln and Omaha, which I’m sure provides hysterical fodder for the Brooklynite. So, more to the point, writing is the only outlet in which I’ve felt even close to capable of achieving that. And though in my journalism and creative nonfiction I tend to explore subjects I’m unfamiliar with, in my fiction I write about the people I know. And the people I know are the alcoholic swim team coach, the secretly gay county historian, the cowboy poet, the hermit millionaire living in his trailer home and all the other wildly colorful characters populating the small towns of the Midwest.

Why do you believe there has never really been a regionalist push for Midwestern writing in the past like there has with the South or even the West Coast?
Truth be told, I’ve tried writing essays about this question multiple times and failed miserably. I do think we’ve been burned, as I related earlier, by the provincialism of the New York publishing world, even to the degree that Midwesterners themselves tend to think of their own writers as somehow second rank. Despite Cather’s critical acclaim, how often does she end up on the course syllabus? Recently, as part of a university program, I met with a NYC literary agent to discuss a story I’m writing on a small town in Nebraska. Her first question was, “So what’s up with this?” I thought she meant the story, then she corrected herself and said, “I mean, what’s with Nebraska?” So we’re starting from square one all the time. That being said, I also think we tend to shoot ourselves in the foot by over-romanticizing or sentimentalizing the rural life. Anybody who’s lived in the plains long enough knows that it’s not all meadowlarks and hay bales in the sunset.

How do you feel about social media to promote your writing, and do you use it?
I use social media much more than I feel comfortable admitting, but I try not to use it too much to promote my own writing. I’m not necessarily opposed to it, and I think any writer who hopes to make a career out of it would be stupid not to use it, but I admit to a certain bad taste in my mouth when I see other writers constantly hitting up their Facebook friends to read their story. I guess what I’m trying to say is that if you’re going to post links to your own writing, do it judiciously and with good taste.

Favorite book?
My answer changes all the time, but a current favorite is Plainsong by Kent Haruf, who I only recently learned attended college in Lincoln, at Nebraska Wesleyan. In terms of my own writing style, I was greatly affected by reading Thy Neighbor’s Wife by Gay Talese, my go-to literary icon.

Favorite food?
My girlfriend makes a delectable treat called Oh Henry Bars. They taste nothing like the candy bar and I’m not sure why they’re called that, but they are incredible. Chocolate, peanut butter, oatmeal. Perfection.

If you could have coffee (or tea or a beer) with any literary figure, alive or dead, who would it be?
Gay Talese, though even in my most formal attire, I would look homeless in comparison. His class is beyond compare.

Where can we find more information about you?
I’m working on a website, but for now you can always reach me via email at carsonvaughan@gmail.com. You can also read my bio in the latest issue of Midwestern Gothic, on sale now!