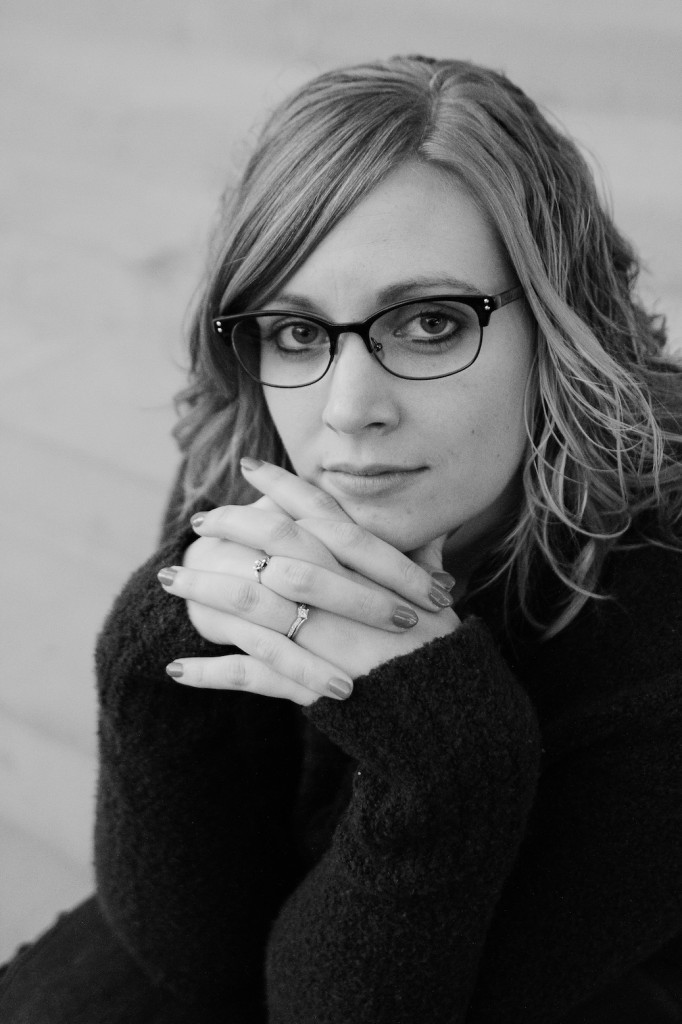 How long have you been writing?
I’ve been writing since I was a kid. I distinctly remember writing stories instead of journaling in fourth grade. Journaling was too boring. But I started writing more seriously in high school and undergrad, especially after I discovered I could major in Creative Writing.

What’s your connection to the Midwest?
I grew up in the Midwest; I moved back and forth between Iowa and Minnesota for 28 years. My parents grew up there, and my immediate family is still there.

How has the Midwest influenced your writing?
I’m thoroughly Midwestern, and from small towns, so it makes the most sense to me to write about small towns in the Midwest. I tried to write about other places for a while—about “the city” that I could never name—but any reader could tell I didn’t know what I was talking about. Small towns, unending stretches of cornfields, and those same fields barren and covered in snow—that’s the landscape I know best and the way that space can comfort or overwhelm. And my characters have Midwestern traits. There is this thing in the Midwest—a compulsion, maybe?—where people hide or downplay whatever problems they have. Someone could be going through a major emotional crisis, but you’d never know when you met that person in the grocery store. Except of course you would know because the whole town knew. So my characters struggle with problems on their own.

Why do you believe there has never really been a regionalist push for Midwestern writing in the past like there has with the South or even the West Coast?
I’ve thought a lot about this. It’s interesting because so many places I’ve lived or frequent in the Midwest—Marshall, Minnesota; the Twin Cities; Ames, Iowa; and Iowa City, to name a few—have really vibrant literary communities. My undergrad, Southwest Minnesota State University, holds a literary festival every few years, and I got to hang out with and talk to some amazing writers. But some of those communities and writers seem to be a secret outside of the region.

But the Midwest, as a region, is defined by what it is not. It’s easy to think of the Midwest as stable, boring, hard-working, hogs and cattle, fields of corn and soybeans to fly over or drive through. It’s rarely, if ever, an Other or somewhere glamorous that teenagers imagine escaping to after high school. It’s the place those teenagers leave. And it’s undefined as a geographical space. There are plenty of states that no one will argue about—Iowa is definitely the Midwest. But what about Missouri? Oklahoma? While living here, I’ve heard it described as the Midwest and the South. But Oklahoma isn’t like any Midwest I recognize, and my husband, who is from the South, is adamant that Oklahoma is not the South either. So it’s certainly possible that works that could be considered Midwestern are labeled in some other way, stashed in another category.

I heard someone on an AWP panel say, “The Midwest is just as weird as the South, but no one talks about it,” and I thought, “Yes.” There’s plenty of strange stories and strange people in the Midwest, but you would never hear those stories unless you’re a part of that small town or area.

How do you feel about social media to promote your writing, and do you use it?
I think social media is a great way for people to promote their writing. I use it a lot as a reader to find new writers. I need to use it more as a writer.

Favorite book?
The English Patient, by Michael Ondaatje. My sister made all the flowers for my wedding out of pages from The English Patient. My mom gave me a purse made out of the cover, and I’d been saving the loose pages because I couldn’t bear to throw them away.

Favorite food?
Sausage corn chowder, made from the Fokken family recipe. I’ve been making it for twelve years now, and I still don’t make it as good as my dad’s.

If you could have coffee (or tea or a beer) with any literary figure, alive or dead, who would it be?
Oh man. I think Jeanette Winterson would be really interesting to talk to. But I’m currently kind of obsessed with Claire Vaye Watkins’ Battleborn, so I might want to talk to her.

Where can we find more information about you?
I tweet at @emphasisjess.