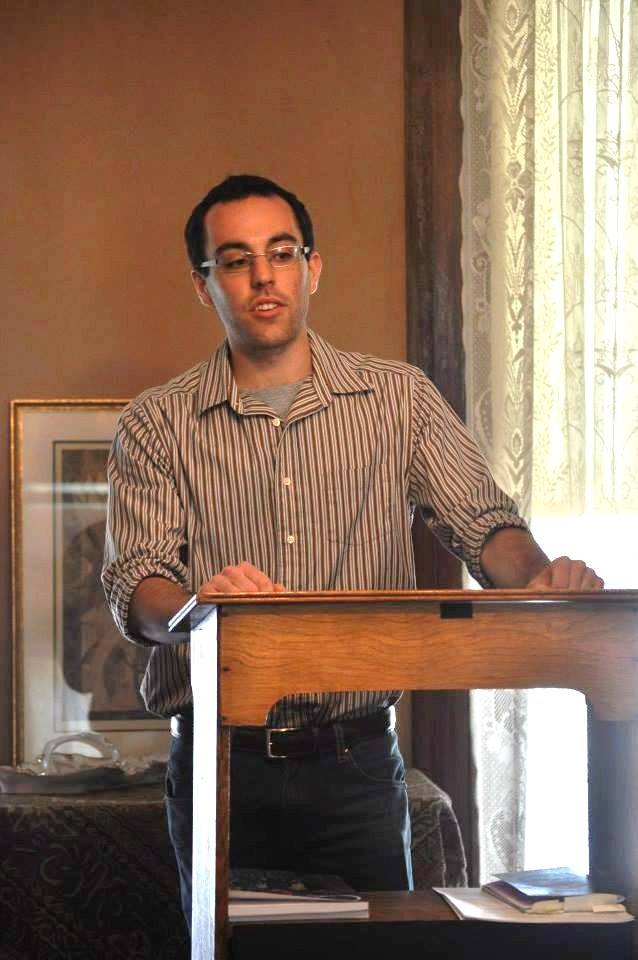 How long have you been writing?
I have been writing—seriously—for five years. It’s debatable, but that’s how long I have been actively sending things out for consideration, acceptance, and rejection.

What’s your connection to the Midwest?
My whole life has been lived and rooted in this area that is often considered a place of “placelessness,” Springfield, Illinois, to be specific. It’s slow. It’s painful. It’s sad. But not in a tragic way. It just has so much personal investment on a scale that is not trying to be grand. I’m addicted to it.

How has the Midwest influenced your writing?
Pickup trucks, riding bicycles barefoot, and trespassing in trailer parks filled with the kindest and most genuine people I have ever met.

Why do you believe there has never really been a regionalist push for Midwestern writing in the past like there has with the South or even the West Coast?
It might have something to do with the fact there is sometime an area of complacency or just backwardness. Maybe it is the genuine nature of social interaction and also the genuine nature of how conflict is settled. There is less expectation to speed along with change, intellectual and socially, on a universal and personal scale. I think that might scare some people, or make them think we are distancing ourselves form society, but in reality, it is another way of active self-discovery and contentment.

How do you feel about social media to promote your writing, and do you use it?
I use Twitter, but I am not confident that the self-promotion really works. I’m boldly unoriginal in my thoughts and use of social media.

Favorite food?
Eggs, in all their Forrest Gump-list style forms.

If you could have coffee (or tea or a beer) with any literary figure, alive or dead, who would it be?
Kurt Vonnegut. I would actually get to enjoy the beer and not get lost in some overly intellectual conversation.

Where can we find more information about you?
johnmccarthylit.com or @jmccarthylit.