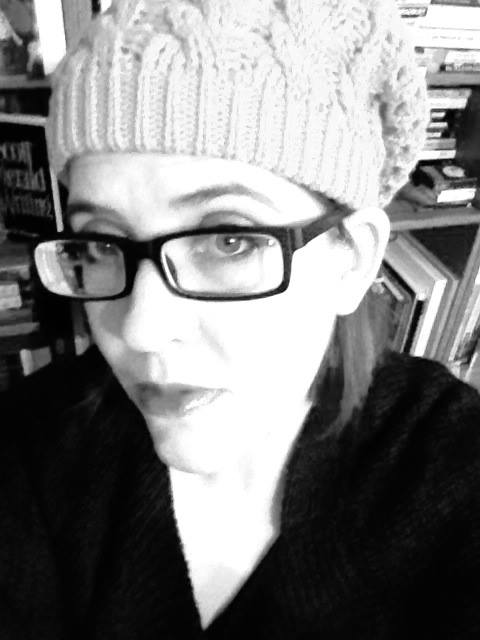 Jennifer Finstrom’s piece “Almost Sonnet Begun on a Greyhound Bus in Northern Wisconsin While Contemplating What Really Happened in the Woods That Night” appears in Midwestern Gothic Issue 13, out now.

How long have you been writing?
I’ve been writing since I was in grade school, but fiction came a bit before poetry. I actually started out writing Star Wars fanfiction (before I knew what fanfiction was) when I was about twelve for my friend Lori. I went on to attempt a couple of high fantasy epics, one of which is about the height of a small child and sits on a chair in my living room. I started writing poetry in high school and continued until the present day, first taking workshops at UW-Green Bay and then many years later at DePaul University. I still do write fiction as well as poetry.

What’s your connection to the Midwest?
The Midwest is the only place I’ve ever lived, so I feel a very close connection. I was born in Milwaukee and went to school in both Green Bay and Madison. I moved back to Milwaukee for a time before finishing both my BA and MA at DePaul in Chicago. I’m now part-time faculty there as well as a peer writing tutor for the University Center for Writing-based Learning (UCWbL). At least for now, I don’t see leaving Chicago or the Midwest anytime soon. Both of my parents grew up in Michigan’s Upper Peninsula, so I feel quite a connection there as well.

How has the Midwest influenced your writing?
I feel that there is an increasing connection with place in my work. My poem in this issue is a part of a series that I call almost sonnets (because they are almost, but not quite, sonnets), and they tend to have a nostalgic component that is increasingly bound up in place. These poems also quote Shakespeare’s plays and sometimes other works, and I like to see the juxtaposition of that with a specific time and place in my life. I’ve also been near Lake Michigan in all but one of the four places that I’ve lived, and it is a sometimes presence in my work.

Why do you believe there has never really been a regionalist push for Midwestern writing in the past like there has with the South or even the West Coast?
This is a really good question, and I’m really not sure. I feel that the writing communities in cities and regions of states tend to be localized, but I don’t know why that wouldn’t be the same for the South and the West Coast. I do love the idea of it.

Favorite book?
Oh, it’s too difficult to pick just one. For favorite works of fiction, I would say anything by Jane Austen, anything by J.R.R. Tolkien, and Laurence Durrell’s Alexandria Quartet if I had to name a few. Also, Margaret Atwood for fiction and poetry both. Additionally, I’m fascinated by the works of Samuel Richardson, oddly enough the little-read sequel to Pamela even more than the others. For poetry, I love the work of Louise Glück, Marie Howe, C.P. Cavafy, William Butler Yeats, Charles Algernon Swinburne, Charles Baudelaire, both Rossettis, and many more.

Favorite food?
I have many favorites, but I like them to be as spicy as possible. I can easily go through a bottle of hot sauce in a week at home. I do particularly like Thai food and Korean food. Here is an unusual food fact about me: I have loved anchovies ever since I was little, and my father still gives me a tin of them in my Christmas stocking.

If you could have coffee (or tea or a beer) with any literary figure, alive or dead, who would it be?
This might not be the best idea, but I would have to say Charles Baudelaire. And we would drink absinthe.

Where can we find more information about you?
My twitter handle is @jenfinstrom. Also, I have been affiliated with Eclectica Magazine (http://www.eclectica.org/index.html) for several years, first solely as a contributor and then as poetry editor.