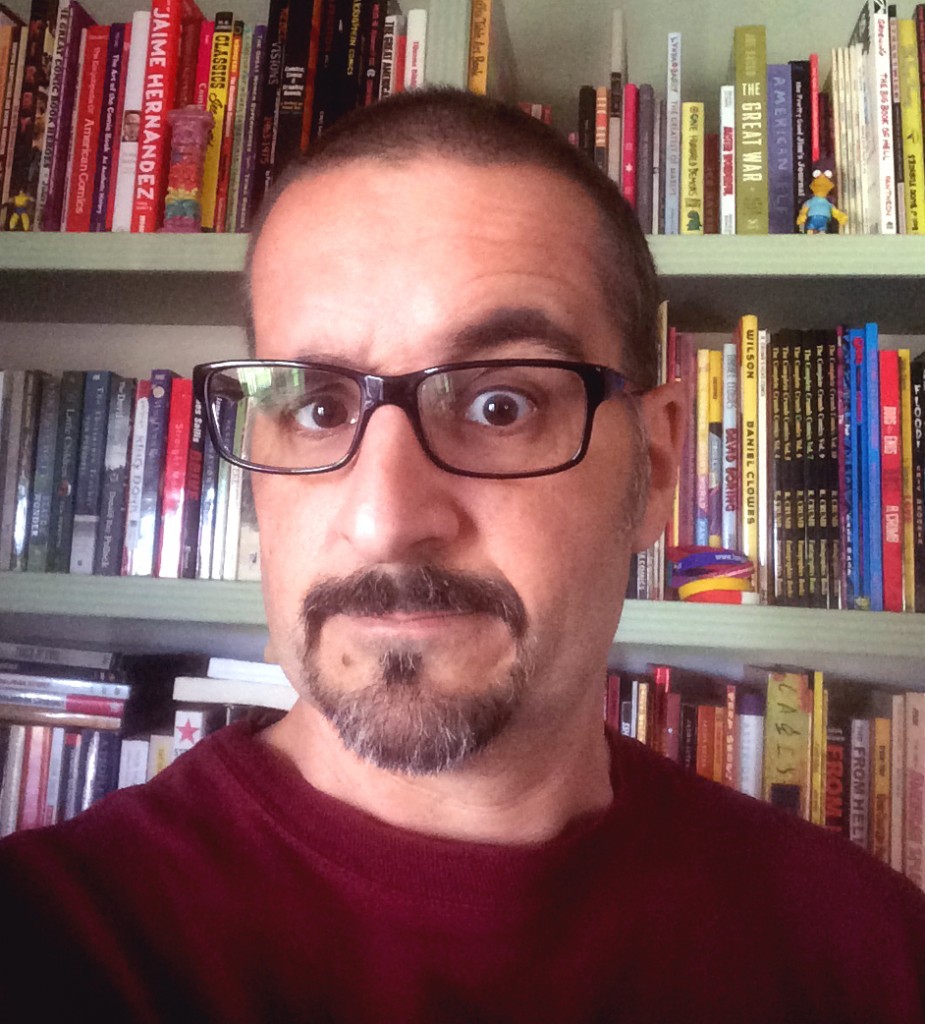 How long have you been writing?
Since grade school. My earliest work of note was a fifteen-page handwritten story in which I detailed every single play of a fictional all-star game. The critics were harsh; my older brother pointed out all of my spelling mistakes and my dad corrected me on key points of baseball terminology.

What’s your connection to the Midwest?
I grew up in Downers Grove, Illinois, which is a western suburb of Chicago. I ended up sticking around the Midwest for school—the University of Illinois as an undergraduate and then Indiana University for graduate school. Even though I’ve lived in southern California since the late 1990s, I’ll always consider myself a Midwesterner.

How has the Midwest influenced your writing?
We live in a country of mind-blowing landscapes, but I still find open plains, farmland, and tiny shopping plazas off of stark, two-lane highways to be the most stirring in terms of imagination. These images make me want to find out about the people who live there, to imagine their stories. I think it stems from when I was a kid. The suburbs where I grew up looks much different than it does today. There was much more open space back then, like a gigantic field behind my parents’ house and a working farm beyond that. I spent a lot of time wandering through that field, making up adventures and stories in my head. One of the most beautiful movies I’ve seen in the last ten years is Alexander Payne’s Nebraska; he’s an artist who knows how to show how evocative the Midwest can be.

Why do you believe there has never really been a regionalist push for Midwestern writing in the past like there has with the South or even the West Coast?
For most people on the outside, the Midwest remains a big blank spot on the map, and this attitude carries over to how those people see the Midwest in terms of landscape, history, and culture—all factors considered necessary inspirations for the best literature. To think that the Midwest lacks richness in these areas is, of course, false; many great writers—past and present—have mined this area for material and have most certainly created a body of writing worthy of its own regional consideration. But what is true is that the region lacks a set of clear, defining “themes,” unlike the West and South. I’ve lived in the shadow of Chicago and in rural Indiana, and I’ve traveled—by bike—through Kansas and Missouri, and let me tell you that all of those places are little worlds unto themselves. To establish a regional literature, one must find unifying thematic threads, and I suspect that even the staunchest proponents of Midwestern regionalism have difficulty in defining exactly what that Midwestern aesthetic entails.

How do you feel about social media to promote your writing, and do you use it?
With the possibilities of today’s technological world, I feel that social media is an amazing tool for writers to connect with each other and with readers. I use it, but only with moderate success—mainly by connecting my blog with Facebook and Twitter.

Favorite book?
When I was a kid, I obsessively kept lists of my favorite books, movies, and TV shows on these little index cards that I’d keep recopying and putting on the wall in my room. It took me a long time to realize the futility of rankings. Why quantify? That said, I can certainly come up with books that have had a profound impact on me—John Irving’s The World According to Garp and Tim O’Brien’s Going after Cacciato come immediately to mind. Lately, though, because I’ve been working on creative nonfiction/memoir, I’ve come to appreciate the brilliance of books like Lauren Slater’s Lying and Tobias Wolff’s This Boy’s Life.

Favorite food?
As with the previous question, it’s tough to pick just one. My tastes run in streaks, and those streaks tend toward Italian. Lately I’ve been craving some Chicago favorites—a beef and sausage combo with sweet peppers from Portillo’s or any stuffed pizza from Giordano’s. There’s a little mom-and-pop place near the school where I teach, and they make a great capicola sandwich. From my own kitchen, it’s the eggplant parmigiana. If you think you can get better than what I make, you’re wrong.

If you could have coffee (or tea or a beer) with any literary figure, alive or dead, who would it be?
Kurt Vonnegut. I devoured his books in high school and college, and when I was at Indiana University, I was lucky enough to hear him give a lecture. I remember thinking that he’d be the perfect writer to hang out with—I wouldn’t have to say a word; I could just sit back and listen.