We’re thrilled to announce the poetry finalists of the inaugural Lake Prize! We received many, many extraordinary submissions and making the final selections was almost impossible, so thank you for submitting your best work for us to read. Congratulations to everyone who participated, and to the winners! 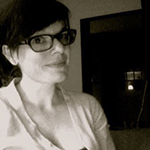 Sara Quinn Rivara holds an MFA from the Program for Writers at Warren Wilson College. Her work has appeared in a variety of literary magazines including Blackbird, The Cortland Review, Cream City Review, LiteraryMama and her debut collection, Lake Effect was published by Aldrich Press in 2013. A native Chicagoan, she spent most of her life on the shores of Lake Michigan, in Chicago and 18 years in Kalamazoo, Michigan. She now lives with her sons and husband in Portland, Oregon.

Poetry judge Mary Biddinger had this to say about Sara’s poem: First line: “The cherry trees burned, blossoms fell like snow.” In moments both tender and ravenous, “Animal Bride” enters a dialogue with nature, turning its entire tableau into an hourglass where sands migrate and rise like floodwaters. This poet allows place to serve as a character in the poem, and at the same time transcends place, with a nod to seasonal shifts, encroaching time, and primitive desires. Employing economical lines, the poem surprises readers at every turn, making the everyday infinitely more intense, allowing us to hear how, “…the crows brayed all afternoon in the sycamore snag,” and to see, “The baby’s mouth a dry rose.” “Animal Bride” is Midwestern writing at its very best: visceral, haunting, colorful, and gorgeously alive. 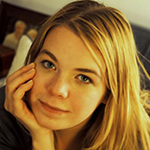 Holly Jensen’s work has appeared in Pank Magazine, the Midwest Quarterly, Kestrel, and elsewhere. “Selected Timelines: Past And Future” is forthcoming from Neon Books. She calls Cleveland home.

Runner-up: “On the Tundra that is Lake Michigan in February” by Bailey Spencer 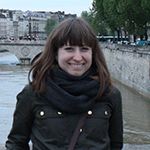 Bailey Spencer is a recent graduate of Boston College where she was the recipient of the Dever Fellowship. She was also a 2014 June Fellow at the Bucknell Seminar for Younger Poets. A native of Michigan, she is living for a year in Heppenheim, Germany.