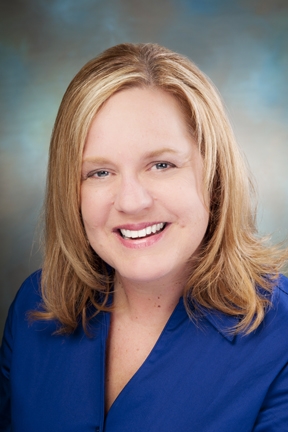 How long have you been writing?
I have been writing daily since I was 10 and professionally since my teens – so over three decades. Journal Writing, or as the once Chicago-based The Artist’s Way author, Julia Cameron, calls “morning pages” have been a cherished ritual of mine before I even had a name for it. Cameron likens the three page stream-of-conscious writing to “cleaning off the windshield of a car before driving it” that results in clarity of thought in whatever writing is done after that early morning exercise. Indeed, many of my poems and essays come from such uncensored writing experiences.

What’s your connection to the Midwest?
My paternal grandfather immigrated to the US from Poland prior to WWI and lived and worked in Chicago before moving with friends to find better paying industrial jobs in Northwestern Pennsylvania. He ended up settling in Erie and married my grandmother, an immigrant herself, who later learned that they lived only 30 miles apart in Poland. Also, my oldest daughter resides in Chicago after attending college there and enjoys the neighborhood settings of the city.

How has the Midwest influenced your writing?
I believe that there is a sense of sustainability and ritual in the Midwest that the other regions of the county do not really consider, because it is the nation’s proverbial breadbasket. So the act of writing is organic. Just as a seed is dropped into soil, and the elements bring about the crops with assistance from irrigation systems, then harvested, so are words and phrases, which quite literally grow into articles, poems, essays, books and social media.

Why do you believe there has never really been a regionalist push for Midwestern writing in the past like there has with the South or even the West Coast?
Perhaps for the same reason that the rest of the country takes the Great Plains for granted: it provides sustenance without drama, which is to say that there is a certain sense of expected production of crops for feeding the masses. The industrial voice of Carl Sandburg, who speaks in the voice of the common man observing the manifestation of a nation, is a good example of why Midwestern Regionalism has been overlooked. Not very exotic or intoxicating, but classic and easily recognized as classic American canon. After all, the South is known for its tobacco and the West Coast is known for its gold mines. There is much more of a lure to Southern Gothic with grotesque characterization as painted by Flannery O’Connor, William Faulkner and the like. And, too, there is a sense of bitter desperation, resignation and possible redemption in California’s literary regionalism as noted in writers such as John Steinbeck and Arthur Miller. But with the rising of humanism and the decline of many organized religions, the call for Midwestern Gothic as a literary movement may very well be on its way to its own organic emergence.

How do you feel about social media to promote your writing, and do you use it?
I have not used very much of it, but have begun to create a blog at the suggestion of a literary agent. I do use Twitter and Facebook at this time.

Favorite book?
Loving Each Other: The Challenge of Human Relationships by Leo Buscaglia and anything by Julia Cameron.

If you could have coffee (or tea or a beer) with any literary figure, alive or dead, who would it be?
I would probably want to have tea with the Midwestern-born poetess, Ella Wheeler Wilcox. I have dog-eared copies of several of her books of poems. Her writings are reminiscent of William Butler Yeats in terms of mysticism and the occult. The theme of resurrection is predominant in her works. I, too, would want to know the details of her writing community in both Connecticut and Long Beach.

Where can we find more information about you?
By the time my week comes up to run I hope to have my blog up and, too, a Twitter account.