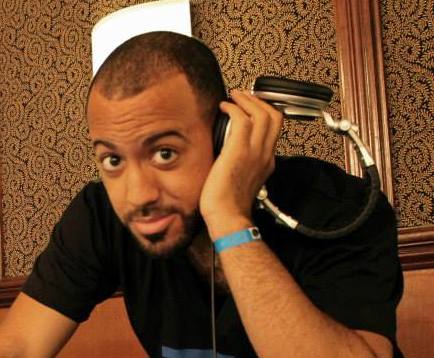 How long have you been writing?
I started writing in middle school, mostly because I hated reading. I loved stories and talking about writing, and I figured if I wrote a story I’d be much more interested in reading that than what was assigned in school.

I started to write poetry in high school. A friend and I got bored one day and tried to write rap verses. We weren’t any good, but I had a lot of fun so I stuck with it and soon started to write poetry as a more serious counterpart to rap (not to say rap isn’t serious, but it was super casual for me personally); the writing part of the process was my favorite and I wasn’t really any good at the delivery part anyway.

What’s your connection to the Midwest?
I grew up on the west side of Detroit, and then moved to a suburb just south of Detroit right before I went to college in Saginaw. And for the last few years, much of the travel I’ve done has been throughout the Midwest (Chicago, Ohio, Indianapolis, etc.) as a competitive dancer and DJ in a dance called west coast swing, which—despite it’s largest presence California—has a pretty cool community in this part of the country.

How has the Midwest influenced your writing?
Growing up in Detroit has had a huge influence on my writing. The biggest influences have been the unfortunate state of decline the city has experienced—and my childhood neighborhood got hit hard—and the diversity of Michigan’s communities. Where I grew up was very ethnically diverse, especially being right on the border of Dearborn and its prominent Arab population. These geographical experiences are a major part of why much of my writing is about urban struggle and/or culture in some form.

Why do you believe there has never really been a regionalist push for Midwestern writing in the past like there has with the South or even the West Coast?
I think part of it is the whole “flyover” thing—how we’re sometimes perceived as kind of boring and forgettable and all that. Also, the character of the Midwest might be a little harder to pin down than other regions. It’s like with rap, I feel more comfortable talking about East Coast rappers as a category with a fairly distinct sound; same for West Coast and the South, but Midwest? There’s definitely no shortage of prominent rappers in the Midwest, and there are lots of good arguments for how they’re categorically and aesthetically similar, but is “Midwest rap” really a thing? Geographic and aesthetic categorizations in the Midwest get messy, like those terrible Pure Michigan ads where Tim Allen is talking about lighthouses and dunes and skiing and I feel much more isolated than proud as a result because the category has little to do with the Michigan I know and love.

How do you feel about social media to promote your writing, and do you use it?
Social media is a useful tool; so naturally I shamelessly share my published writing and similar things on Facebook, Twitter, and Tumblr.

If you could have coffee (or tea or a beer) with any literary figure, alive or dead, who would it be?
Jean Toomer, for sure.

Where can we find more information about you?
I don’t update my Tumblr often, but it does have links to stuff I’ve published and links to my YouTube and Twitter and all that, so marlinmjenkins.tumblr.com.