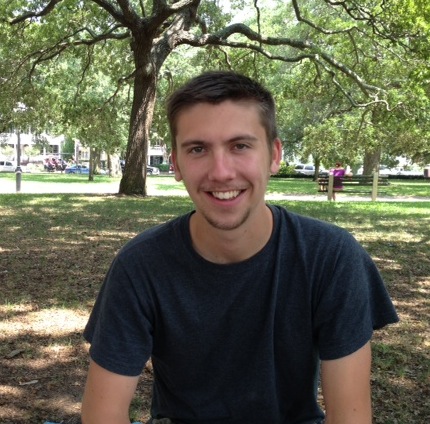 How long have you been writing?
I’ I’m sure there is a correlation between the time I started writing and the time I realized I was bad at numbers and standardized tests. So, in that sense, it feels like forever.

What’s your connection to the Midwest?
I grew up in Mid-Michigan. Worked as a truck driver in Flint, Michigan. Did my undergraduate work in Saginaw, Michigan. Left Michigan in 2012 to pursue an MFA at the University of South Carolina.

How has the Midwest influenced your writing?
In the same way it has influenced my life. My familial lineage was forged on an assembly line and, like the rest of my predecessors, I too found myself committed to a life of putting pieces together. The Midwest is its own universe of images and I was lucky to grow up taking them in. Whatever the reason, the Midwest immerses you in physical and psychological landscapes that ask you to do something with them.

Why do you believe there has never really been a regionalist push for Midwestern writing in the past like there has with the South or even the West Coast?
Probably because the critics can’t maneuver the cornfields to find us. It feels like there has always been this false perception of the Midwest, that there is a consensus among those living there of opportunity existing elsewhere, that the people of the region are engaged in a continual process of leaving which, obviously, is just not the case.

This is probably where I should say something about the vast diversity of voices and experiences, but I’m sure it’s economic, right? That whole manifest destiny, that whole reason we rode our wagons west. The coasts tend to function as the capitals of consumption and conceit. Attention and visibility belong to those regions and hotspots of selfishness. A false sense of cultural richness belongs to the regions that broadcast that “richness.” The Midwest isn’t concerned with projection and broadcasting. It isn’t so self-centered. It doesn’t mind being left out, and because of that, it is.

But, what do I know about economics or migration? I just use credit cards and watch geese fly, you know?

How do you feel about social media to promote your writing, and do you use it?
Sure, I’ll post links to my publications. Anything more than that feels excessive. There’s nothing more annoying than writers.

Favorite book?
All of my favorite poetry collections stapled together.

Favorite food?
By the time I remember to eat I’m a pretty big fan of it all.

If you could have coffee (or tea or a beer) with any literary figure, alive or dead, who would it be?
I’d be awkward so I’d need a group setting to lessen the pressures of communication. In that group, though, would be Williams, Niedecker, Sexton, and two non-literary figures, Jonathan Winters, and Miguel Cabrera.

Where can we find more information about you?
I guess Facebook or on Twitter @brandonrushton. Though, the latter is used primarily for photos of the things I’ve planted in my small section of Carolina soil.