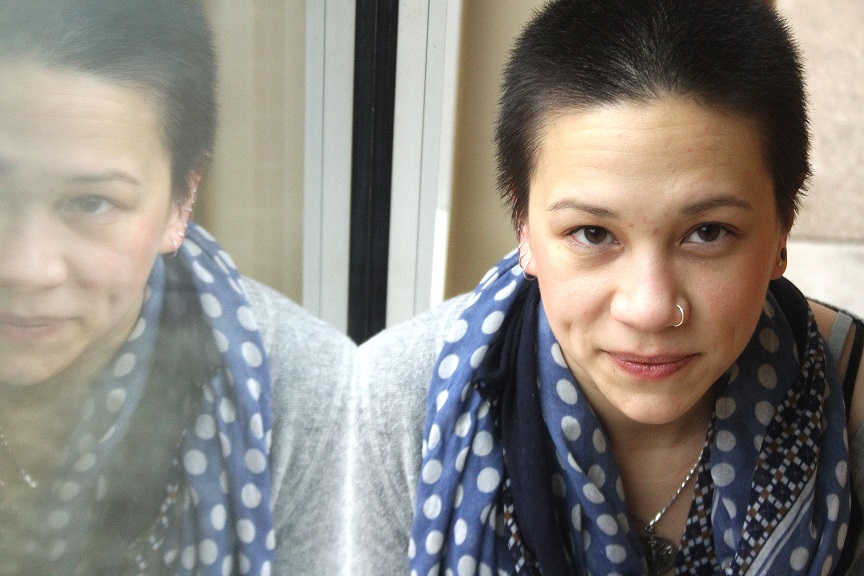 My father grew up in the Detroit suburbs, and we spent several weeks there each year until I was about eighteen. Even though we’ve lived on the East Coast for most of my life, my father still thoroughly identifies as a Midwesterner. I’m also currently attending graduate school in Indiana.

I think the region has influenced my writing because it’s, culturally, so different from where I grew up. That difference makes me examine my surroundings—and where I’ve come from—much more thoroughly because it provides such a contrast, and it helps with the observations necessary for my writing.

What do you think is the most compelling aspect of the Midwest?
The isolation.

How do your experiences or memories of specific places—such as where you grew up, or a place you’ve visited that you can’t get out of your head—play a role in your writing?
Specific places are very important to my writing, probably because I’ve moved around so much. Location informs how I conceptualize an entire text, whether or not the place actually shows up on the page of the story or essay itself.

Discuss your writing process — inspirations, ideal environments, how you deal with writer’s block.
I am inspired by real life, how absurd it can be. As far as ideal environments go, I’m old fashioned; I like to write at a desk in quiet. I’ve got a few golden hours in the morning and then again late at night when I’m most productive. I try to write a little bit every day—even when I don’t want to. When I get particularly stuck, I often talk pieces through with close writer friends. There’s something about verbal communication that’s helpful to my writing.

How can you tell when a piece of writing is finished?
Either when a deadline hits or when I’m at the point in my editing where I’m neurotically waffling on random words or pieces of punctuation that have been static and unproblematic for several drafts. That anxious picking usually means it’s time for me to send out a piece, or, at least, put it away for an extended period of time.

Who is your favorite author (fiction writer or poet), and what draws you to their work?
Milan Kundera—I’ve enjoyed everything of his I’ve read. I’m a sucker for magical realism and flawed protagonists.

What’s next for you?
An MFA!

Where can we find more information about you?
My twitter handle is @happiestwerther (warning: sometimes there are photos of baked goods) and my teaching website is alysiasawchyn.com.