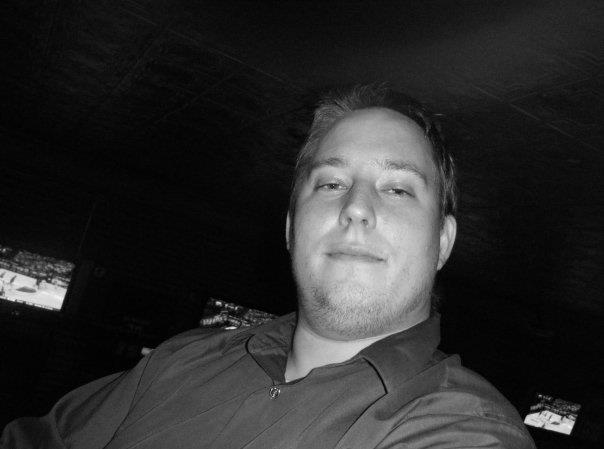 How long have you been writing?
I began drafting screenplays in high school, since film has always been my first love. However, I didn’t begin writing short stories until I was in college. I first saw short stories as a way to write treatments for screenplays, but as my style and craft evolved, I began focusing a lot more on fiction. I’d say that I have been writing for nearly fifteen years now.

What’s your connection to the Midwest?
I lived in Newton, Kansas during my early teenage years. However, I moved to Texas in the tenth grade and eventually to Florida. Later, I returned to Kansas to receive my M.A. in English from Kansas State University. In my opinion, my experiences in Newton, Kansas and Manhattan, Kansas were quite different, but I sometimes attributed it to living in the state during two very different periods of my life.

How has the Midwest influenced your writing?
A few of my stories have been influenced by my experiences while living in Newton, especially when I describe plains and brick roads. In fact, the house I lived in was located next to a red brick road, which was a type of structure that I had not quite seen outside the state, so it somehow enters my drafts every now and then, even if the Midwest is not the intended setting.

In terms of my experiences from Manhattan, Kansas, some of the setup of Aggieville inspired the early drafts of “Candy Cane Man,” for sure. Aggieville had many bars, bistros, and a few quirky shops. It is quite a bit different in “Candy Cane Man,” since the quirky shop that the original draft stemmed from became a candy store, which seemed more appropriate as the story developed.

The bullies in “Candy Cane Man” were definitely inspired by some of my own bullies from my days in Newton.

Why do you believe there has never really been a regionalist push for Midwestern writing in the past like there has with the South or even the West Coast?
I think it comes down to population, honestly. The West Coast his saturated with big cities and writers who grew up in them, so I felt like that element was tough to ignore. As for the South, another region of the country that I’ve spent a big portion of my life in, there seemed to be a ton of odd settings and voices that inspire such fiction. However, the South has its own subcultures that are linked to bigger cities, too. For instance, I’ve noticed that a lot of my favorite books take place in New Orleans, which seems to be romanticized in a way that New York City and Los Angeles are in some works of fiction. While getting my M.F.A. at Texas State University, I noticed a lot of work that was shaped by Austin, Texas.

When it comes to the Midwest, I think publishers might stereotype the region as a bit slow, mundane, and unfamiliar, which impacts their ability to take some risks. Perhaps there is a perception that the audience for Midwestern fiction is limited; however, from my experiences living in Kansas, I believe the Midwest is the best place to find drama. In my opinion, there are many small towns where everyone knows one another, so the potential for true character development and lessons on identity are rich and diverse, so the perception that the region is slow and nothing happens is false and should be reevaluated by publishers.

How do you feel about social media to promote your writing, and do you use it?
I don’t think it is a bad thing at all. The times are changing and if we as a society are to prosper, then we should learn to embrace the future as well. The same applies to writers. In fact, I think social media has opened up many more doors for writers to have their voices heard now more than ever.

As for myself, I haven’t had too many stories published, but I do send links on my Facebook page every so often when I have a new story published online or in print. In the past, some of my friends have admitted to buying a copy of the journal in which my work had appeared in, so it only helps these journals even more.

If you could have coffee (or tea or a beer) with any literary figure, alive or dead, who would it be?
Tough question. I have met and even studied under some of my favorite literary figures, but the one that I’d like to have a beer with is Don DeLillo.