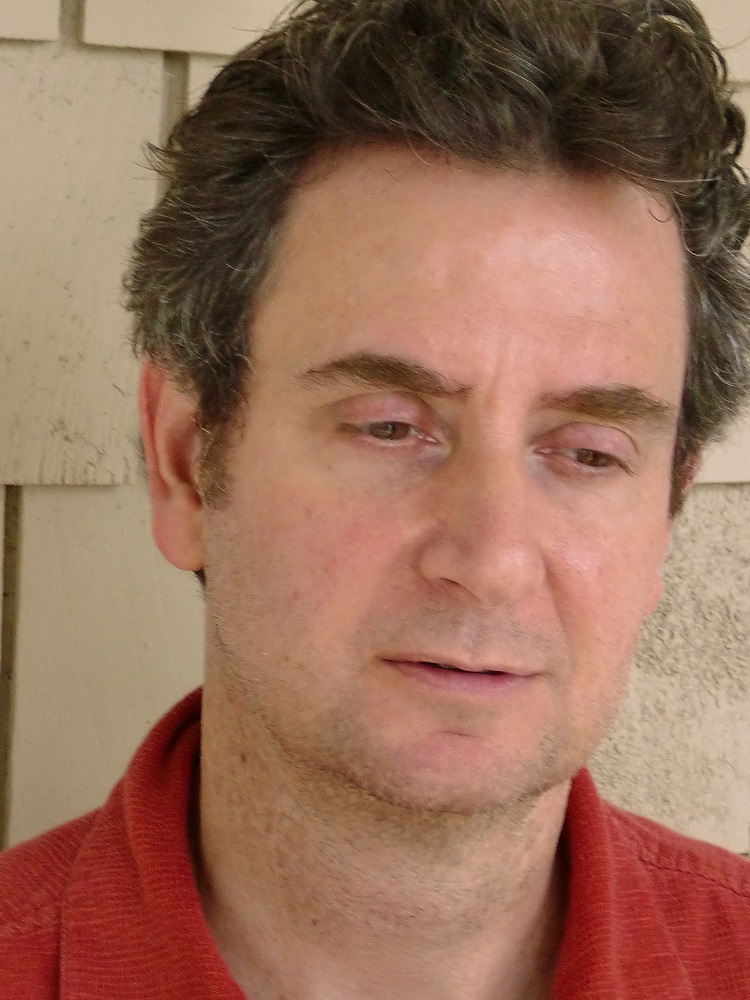 What’s your connection to the Midwest, and how has the region influenced your writing?
I grew up in the Chicago area—“Chicagoland,” as it’s sometimes called there, like it’s an amusement park for pool sharks and gangsters. In my teen years we lived on the North Shore. The movies “The Breakfast Club” and “Ferris Bueller’s Day Off” were set in a fictionalized version of my high school because John Hughes, their director, was an alumnus. The region added humor to my writing (not to “Psychiatrist,” however, my contribution to Midwestern Gothic). Chicago is a funny town. Funny ha ha. Most everyone I knew there had a refined sense of humor. Now I live just across the river from Kansas City, Missouri.  Great town. Not as funny.

What do you think is the most compelling aspect of the Midwest?
That’s a hard question for me to answer having grown up in “Chicagoland.” When I think about the Midwest, generally, I imagine rural Kansas or Nebraska, not Chicago, which stands on its own. That said, one characteristic comes to mind that unites, if not all of the Midwest, a good part of it, whether city or country—its flatness. What’s compelling might be how flatness, over time, affects psyche. Flat means stable, unchanging, predictable. A people exposed to relentless flatness are maybe more steady and enduring, less comfortable with change. Flatness might be a root of Midwestern conservatism. Does it make Midwesterners “survivors,” because they stay the course, or less likely to survive, because they cannot adapt to change? Why do I always answer a question with a question?

How do your experiences or memories of specific places—such as where you grew up, or a place you’ve visited that you can’t get out of your head—play a role in your writing?
I’ll give you an example. “Psychiatrist” is set in large part in a ballroom dance studio. Many years ago, for about 18 months, I taught dance in such a studio. When I took the job, I didn’t know how to dance but I wanted to learn, and it was only after a few weeks that I understood it was more of a sales job than a dance job, in the sense that the instructors are always setting people up for the next program or routine, the next series of lessons. None of it is cheap, and the prices are not advertised.  I wouldn’t call the business’ practices unethical, just a tad deceptive. Information is withheld. Well, even though the plot and characters in my story are purely fictional, there’s an element of deception to both that I associate with that ballroom. At a minimum, it’s present in Rob’s philandering and Allie’s concealment of her food disorder. Deception informs the story in much the same way it does my memories of that place.

Discuss your writing process — inspirations, ideal environments, how you deal with writer’s block.
I often feel I don’t know how to write at all (many might agree), but I can recognize what good writing looks like. So I just keep rewriting until my work looks something like that. Usually I fail. I’m like the proverbial monkey who, given a pen and paper and enough ink for infinity, produces the complete works of Shakespeare. Since I don’t have to infinity I fall way short, but I plug away in what often seems, in the early stages at least, like a similarly haphazard manner. I have a full-time job and a family, so I have to work hard to fit writing in. I commit to at least a half-hour at night, five nights a week, after everyone is in bed–often with one drink; it helps me minimize the second guessing and put something on paper.  The first draft is always such garbage that rewriting is fun, because every rewritten sentence feels like progress.

How can you tell when a piece of writing is finished?
A similar question was best answered by Jackson Pollock (or at least by Ed Harris playing Jackson Pollock in the movie) with another question: “How do you know when you’re finished making love?”

Who is your favorite author (fiction writer or poet), and what draws you to their work?
Don DeLillo. His work tracks the interconnectedness of things and reminds you that life is too complex to ever understand, even its smallest particulars. Which can be comforting. It takes the pressure off.

What’s next for you?
I’m going to grab a bite to eat.

Where can we find more information about you?
Read my stories; that should tell you something. Some of them can be found in: Volume 3 of 2 Bridges Review, available in print and at http://2bridgesreview.blogspot.com/; the Contributors section in the Archives of Poydras Review, athttp://www.poydrasreview.com/index.php;  Green Briar Review Issue 2:1, at http://www.greenbriarreview.com/Spring-Winter-2014–Issue-2-1.html; Volume 1, Issue 2 of Valparaiso Fiction Review, at http://scholar.valpo.edu/vfr/vol1/iss2/; and of course Issue 17 of Midwestern Gothic.