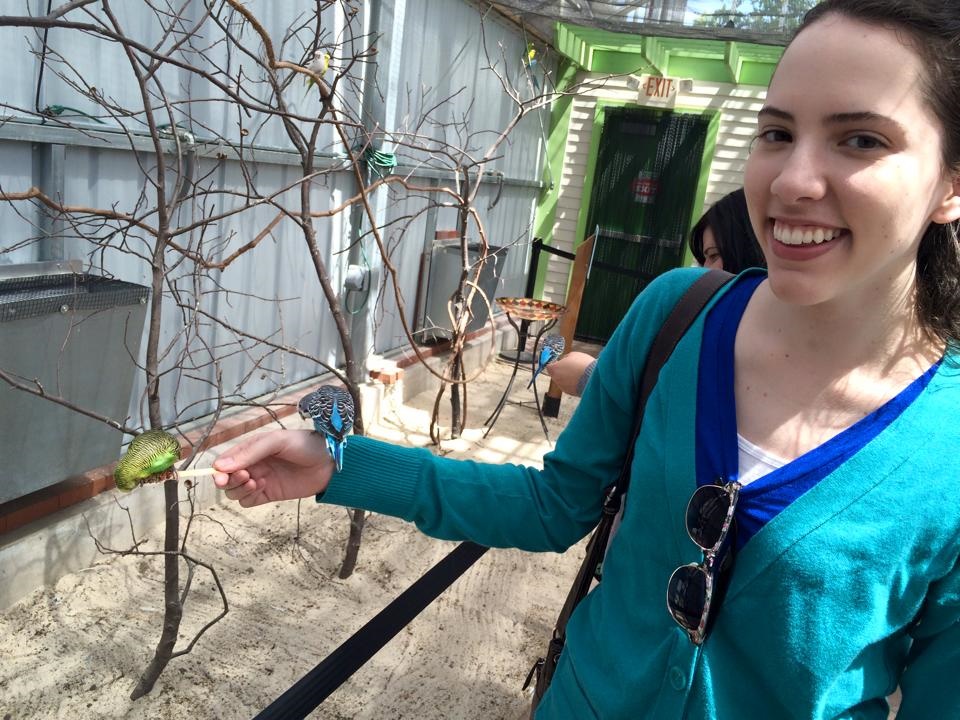 What’s your connection to the Midwest, and how has the region influenced your writing?
I was born in Wisconsin and raised in southern Indiana, and I got my MFA in northwest Ohio. I’ve always lived in the Midwest. I think there’s an interesting mix of humility and pride that comes with being a Midwesterner. I’ve lived mostly in small communities; the Midwest is often characterized by its small towns, and I think that way of life leads to a lot of introspection. My poems tend to be introspective and focus on a self or specific relationships—friends, couples, nuclear families. It isn’t often that I take on a collective voice. I’d say I prefer to write about individual relationships that can be applied to larger contexts rather than the other way around.

What do you think is the most compelling aspect of the Midwest?
We have four seasons here. The weather gives people something to talk about. Really, though, I enjoy the transition from one season to the next. I look forward to each season as it comes and have had about enough of it as it goes. Each season has its benefits and disadvantages. If we had a “perfect” climate year-round, I wouldn’t know how to appreciate it, and I’d get tired of it. I think there’s a metaphor in there…

How do your experiences or memories of specific places—such as where you grew up, or a place you’ve visited that you can’t get out of your head—play a role in your writing?
My experiences and memories of specific places provide a lot of emotional background in my poems. The specific places that influence my writing often get fictionalized, generalized, or transplanted. I grew up apart from my extended family and remember lots of time on Midwestern highways going to visit them; the familiar highways and physical distance made me aware of the disconnectedness I felt a good deal of the time.

Walmart keeps reappearing. Sometimes I return to Walmart in my poems without really wanting to go there. I’ve learned to let it happen. I know Walmart isn’t just a Midwestern store, but that’s how I think of it. I grew up in a small town where the Walmart Supercenter was a big deal. When I was 19, I worked at a Walmart Supercenter as a cashier and experienced an all-time peak of male attention up to that point in my life—off-putting and flattering at the same time. And now, I still shop there because—ethical concerns aside—I’ve grown up with Walmart, and it’s what I know.

Discuss your writing process — inspirations, ideal environments, how you deal with writer’s block.
I like to take personal experiences and feelings and add a bit of the fantastical or magical realism. I also get a lot of inspiration from engaging with the Bible as well as Greek and Roman mythology in poems. I’m not generally comfortable owning my own feelings, so even when author and speaker are one and the same in a poem, the drive to express something personal that’s hopefully relatable to others and hide at the same time actually helps me to get a lot of creative mileage.

When I write, I usually opt for an uncomfortable kneeling or fetal position on my living room floor. I have a lovely desk that serves as a place to stack papers and books, but I rarely write there. There’s just something that appeals to me about pressing my forehead into the carpet when I get stuck on a line. I like to spread out books on the floor and use a physical dictionary and thesaurus (and sometimes a rhyming dictionary!). I also sit on my loveseat sometimes.

I read an embarrassing number of Wikipedia articles since I mainly research online. It’s a great way to procrastinate but feel like I’ve contributed to my writing time. I handwrite most drafts and all first drafts because I like to see a timeline of my progress. I like to “stack” words and phrases if I’m experimenting with various possibilities in a line—it’s hard to do that in a Word document. I like the physicality of crossing out words because they’ll still be on the page if I want to retrieve them, and if I don’t, I can at least account for my writing time and see that I’ve accomplished something, even if it’s just figuring out what I don’t want to write.

Until this past May, I was in school, so workshop and thesis deadlines also helped combat writer’s block. Something really helpful that I learned from a visiting professor, Rebecca Dunham, is to have an intensive writing week where you write a poem a day to generate new material. It’s better to have a few fellow poets participate for accountability’s sake—just start a new email thread each day, and don’t comment on others’ work, at least not until the week is over.

How can you tell when a piece of writing is finished?
There have been a good many times when I’ve thought I’ve written a masterpiece, only to later realize that it was emphatically not a masterpiece. I’ve learned to let a poem sit untouched for a while and see what I think of it later. Also, something I’ve learned from my experience in workshops: If I have even a faint apprehension that I might get called out for something in a poem, whether it’s overwrought or sloppy, that will happen, and I shouldn’t try to convince myself otherwise. If that voice in my head goes away, I might be finished.

Something else I think is relevant here: I don’t necessarily love all of my finished pieces. If I’ve revised something to the point that I know another revision won’t help or might even hurt, but I’m not crazy about the poem, I might send it off to journals anyway. I’ve been surprised by some of my poems that have resonated with others. If a poem impacts a reader, that makes me happy.

Who is your favorite author (fiction writer or poet), and what draws you to their work?
Oh dear. Well, I’ll trust my early thought and try not to overthink this. I’m very fond of Traci Brimhall’s poetry. I’ve read Rookery, and it’s lovely, sensual, violent, visceral. Her work is very much rooted in the body but also engages with tension between the corporeal and spiritual.

What’s next for you?
I have a couple of projects underway. I’m revising and expanding my thesis from my time in the MFA, and I am slowly but surely writing a collection of poems about the Boston Molasses Flood of 1919. It’s a fascinating historical event that is often overlooked, but it has lots of connections to American history. I want to chip away at my List of Books I Want to Read in My Lifetime. And hopefully, I’ll have found a job by the time this is published—fingers crossed!

Where can we find more information about you?
My Twitter handle is @JenelleClausen.