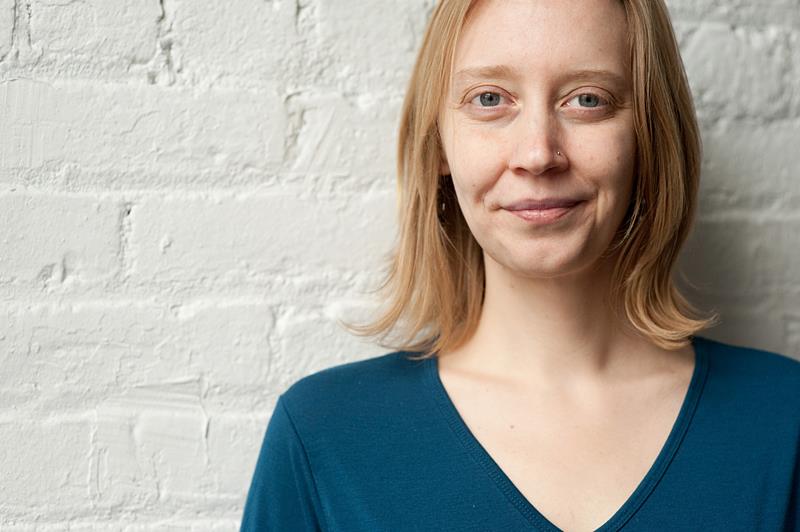 What’s your connection to the Midwest, and how has the region influenced your writing?
I was born in Rolla, Missouri, and grew up in Copley, Ohio. I went to college at Oberlin. Although I’ve lived in New York City for a decade, I still very much see the Midwest as home and feel a strong affinity for the landscape and people. In my writing, I return to the Midwest again and again, as setting and as a formative place for my characters. I also think Midwesterners tend to have a great work ethic, which carries through to my writing. I believe in the benefit of hard work and the satisfaction of a job well done.

What do you think is the most compelling aspect of the Midwest?
The Midwest is a region that has seen its fair share of struggle, yet it’s a place that is rooted, grounded, a backbone. The people are kindhearted but also tough. Fighters who will lend a hand. I love this about them; I see it in myself.

How do your experiences or memories of specific places—such as where you grew up, or a place you’ve visited that you can’t get out of your head—play a role in your writing?
My second novel, Orion’s Daughters, is set in the Cuyahoga Valley, close to where I grew up. I spent college summers working at a music venue and a history museum in the Valley, and I’ve thought about the landscape a lot—the forest, the hills, the deer that would fill the road at night. I use Northeast Ohio frequently in my writing, either as a primary setting or as backstory for my characters. My family now lives in Dayton, and the city has been entering my writing more and more (it was one model for the setting of “The Last Days of the Dying City”). The old adage “write what you know” doesn’t hold for me much in terms of plot, but it really does for setting. I write from the places I’ve called home.

Discuss your writing process—inspirations, ideal environments, how you deal with writer’s block.
My writing process has changed a lot in the past year, since having my first baby. I’ve become more efficient, which I think is a good thing overall. I’ve always felt I write best early in the day, before I’ve gotten too into myself, and so I’ll get up an hour before the baby wakes and write then. I set a word count minimum – usually 500 words a day, sometimes 1000, sometimes 200, depending on where I am in a project and what else is going on in life. I write best at my desk, in silence, but I’ve learned to write in coffee shops. I write during naps, on weekends when my husband is with the baby.

I’ve learned to be OK with fallow times. Sometimes they’re necessary; the idea needs time to grow. So if the words aren’t coming, I’ll cut myself a little slack and give myself a day or two off from writing. During that time, though, my mind is actively wandering, searching for inspiration. I get my best ideas while walking. People watching, listening in on conversations, taking a news story and asking “what if”—that’s how I find my inspiration.

How can you tell when a piece of writing is finished?
I always let a piece sit. I’ll write, revise, read it out loud, and then not look at it for a couple of months, so that when I return, I’ll have fresh eyes. When I feel there is no more I can do—when there is nothing left that makes me feel uncertain, no language that feels awkward, no doubts that creep up in the back of my mind—I know it’s done.

Who is your favorite author (fiction writer or poet), and what draws you to their work?
Elizabeth McCracken–I love the elegance of her sentences, her strong sense of place, and her deeply realized characters.

What’s next for you?
I’m working on revisions of a third novel. After those are done, I want to concentrate on stories again for a while.

Where can we find more information about you?
On my website, www.courtneymauk.com.