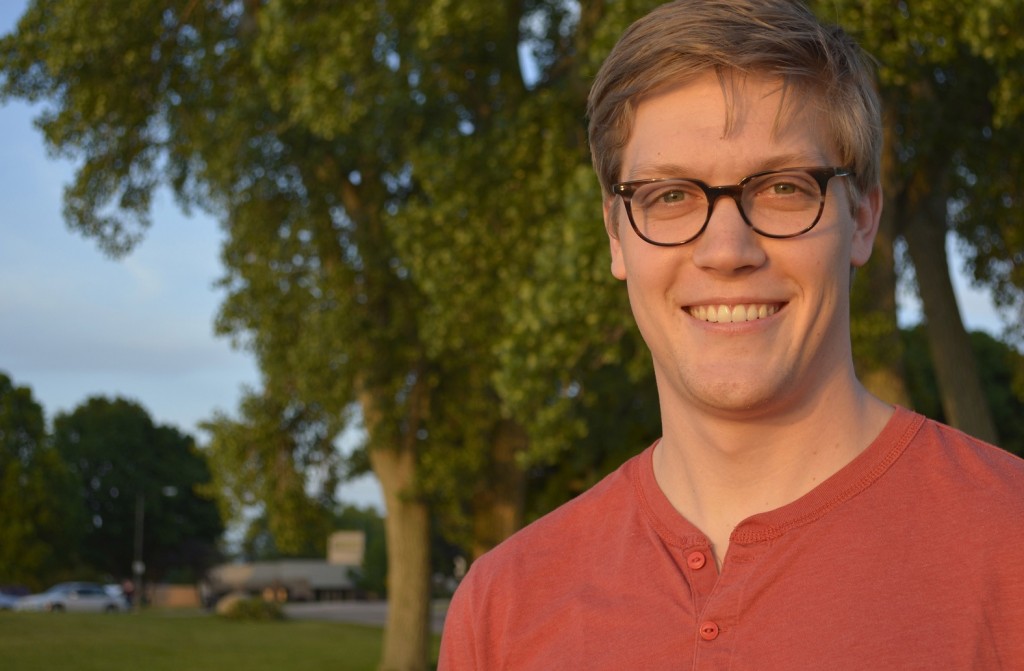 What’s your connection to the Midwest, and how has the region influenced your writing?
I was born and raised in west Michigan, so its woods, fish, water, and abundance of church buildings inform the way I think and write. I think the region offers an endless supply of things to look and wonder at in poems.

What do you think is the most compelling aspect of the Midwest?
Although I’ve never lived in other regions to provide me a real comparison, my experience with the Midwest has been a delightfully complicated swirling of nature, religion, and people fiercely bound together. Fourth of July fireworks and organized fishing competitions are among the most exciting events where I’m from, and the latter takes on some new strangeness when you mix in the Christian symbolism also common to my area. People tend to stay here or end up back here by the time they’re 40. It’s a very rooted place, a stable ground to dwell in or rub up against in poems. There are dynasties of pastors and business leaders, and the local heroes are the town’s founder and one boy who went on to play in the NFL. Strange, very strange, and beautiful.

How do your experiences or memories of specific places—such as where you grew up, or a place you’ve visited that you can’t get out of your head—play a role in your writing?
My brother is a fisherman, reeling in everything from tiny sunfish from a pond to enormous King Salmon from Lake Michigan. As a kid I would often fish with him, and since I am a bad fisherman this involved waiting until he hooked something and was generous enough to hand the fight off to me. We would bring a small boombox and Hans Zimmer’s soundtrack for Pirates of the Carribbean for the occasion. There’s something odd and special about listening to a song called “The Kraken” while reeling in a smallmouth bass.

Discuss your writing process—inspirations, ideal environments, how you deal with writer’s block.
I write on the couch for an hour or two each weekday starting around 6:30 or 7:00 a.m. I can only write first thing in the morning because once I’ve opened myself to the world of email on a given day, it’s difficult to recover the kind of quiet that a still sleepy and dreamy morning with coffee provides. I used to write at my desk, but received good advice that I should not salute my poems, and the couch has worked better. When I have writer’s block I insist on writing every bad line that comes to mind and hope they eventually give way to something useful.

Who is your favorite author (fiction writer or poet), and what draws you to their work?
Right now, my favorite poet is Larry Levis. I’m drawn to his long lines, which have an air of importance, a muscularity about them. His poems, especially in Elegy, read to me like some kind of personal mythology that speaks through but also beyond an individual life. I like that sort of bigness in a poet.

What’s next for you?
I’ll be working on an MFA at Purdue University for the next two years, and don’t know yet what comes after that.

Where can we find more information about you?
Send me an email! amouw@purdue.edu.