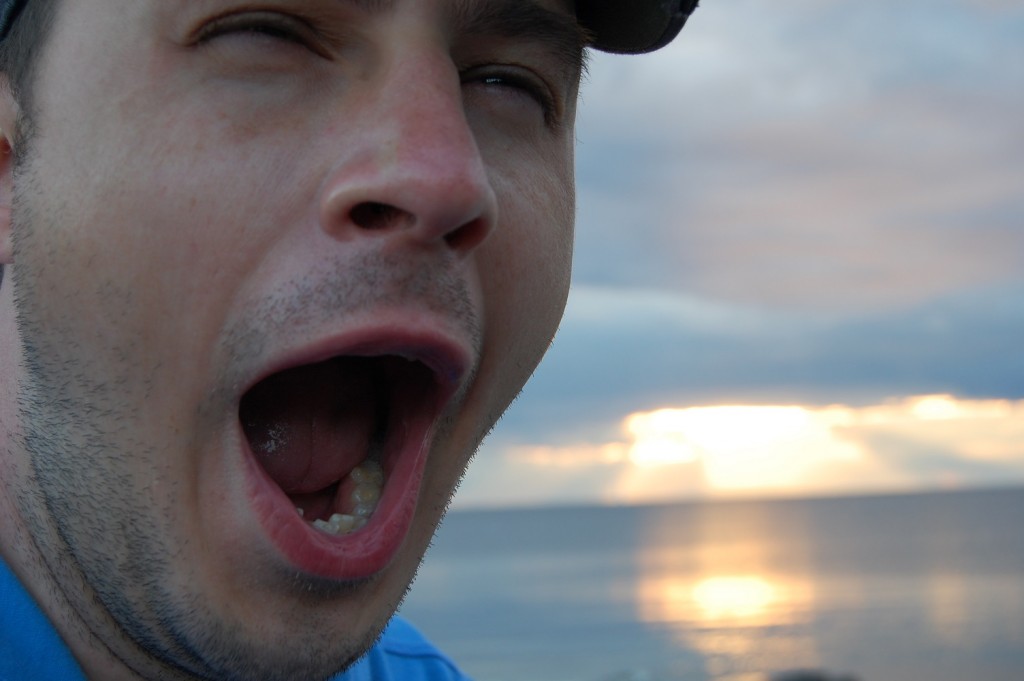 Shane Stricker’s story “The Gospel According to Charlotte Atwater” appears in Midwestern Gothic Issue 18, out now.

What’s your connection to the Midwest, and how has the region influenced your writing?
I come from the town of Sikeston, Missouri, about as far north as cotton grows, about as southern as those little white bolls.   Our land was drained around a hundred years ago, leaving behind some of the richest soil in the country.  Many men toil in the fields during the day, watch the rain gauges of an evening.  I have friends who farm.  Friends who have farmed.  I worked on my buddy’s father’s farm growing up.  He taught me hard work but he didn’t want me or his son working beside him one of these days.  He told me so much.  I don’t think I really understood it completely until recently.  Life events forced this understanding on me.  To be a farmer is to be at the will of something greater than yourself.  You can do everything in your power and it not be enough.  A lot of life is like that.  Writing is like that. There’s a connection there.  Definitely.

What do you think is the most compelling aspect of the Midwest?
When I visit my hometown—I live and teach, now, in West Virginia—I stay at my fiancé’s parents’ house.  Theirs used to be the last one on the street surrounded by fields.  Now, a couple of houses or more have sprung up and you can’t see the sunsets anymore.  You can’t really watch the wall clouds slide in from the west, either.  It makes me sad because these sights, more than any others, are what I think about when I think of home.

How do your experiences or memories of specific places—such as where you grew up, or a place you’ve visited that you can’t get out of your head—play a role in your writing?
Sikeston is the place I can’t get out of my head.  There are memories on just about every corner, on just about every street.  Being away from it as much as I have been these last twelve years, I’ve come to love it with a sense I never managed while I was still there.  It is a ready-made setting for the lines and characters that pop up and run around my head.  These people chop cotton.  They sit on their porches with glasses of sweet tea.  They toss tennis balls at their neighbors and mistakenly tell their parents of pregnancies never conceived.  They help me unravel their stories in what I hear as the voices of southeast Missouri.

Discuss your writing process—inspirations, ideal environments, how you deal with writer’s block.
I usually begin writing with a sentence.  One will hit me in the shower or at a concert or between classes.  Somewhere.  I let it roll around for days most of the time.  If it sticks for that long, I know it needs to be written.  Then, I sit down and try to get out as much as I can in one sitting.   The voice stays consistent that way.  Sometimes I begin in a notebook.  Sometimes, on the computer.  Almost always, I’m in the back room of our apartment, in a chair that needs to go because of how much damage it’s done my back—my fiancé actually set me up with a pretty decent alternative but I can’t get out of that chair for whatever reason.  As far as writer’s block goes, I don’t know that I believe in it.  Yes, there are times when I can’t write but I take those as signs that I need a break.  Used to, and every once in a while still, the fear will leap up on me that I’ve written my last word, that I’ve forgotten how to do it.  I won’t sleep for a night or two, and then at midnight on the second, third, fourth night, I’ll hop up with a notebook and just go for an hour or two.  After, inevitably, I sleep like the dead.  Writer’s block be damned.

How can you tell when a piece of writing is finished?
I have a solid first reader, my fiancé, who is truthful with me.  Even when I’m difficult.  Usually, if it doesn’t make it past her, it doesn’t make it.  Then, I have at least two good friends from my MFA days read the piece.  They both read my stories so well that after fixing their issues with it, the piece is usually finished.  Especially now that I’m writing a lot of first person, stream of consciousness material, I try not to over revise because the voice and the idiosyncrasies of the character narrator are the most compelling elements of the piece, I feel.  In short, the piece is finished when I read it all the way through and think, this is as close as it can be to what I want out of it.

Who is your favorite author (fiction writer or poet), and what draws you to their work?
If you’d have asked this question a couple of years ago, I would have said Ron Rash.  Ten years ago, Kurt Vonnegut.  In the moment, it’s Larry Brown.  I picked up a copy of A Miracle of Catfish, not knowing it was his last novel, still unfinished, his notes for the last several chapters standing in place of an ending.  I was pulled close to tears, thinking how close he got to a finished draft.  From there, I read almost everything—I say almost because there won’t be any more where these came from, so I’m saving one or two.  He grew a lot through his novels.  His style continued to expand to the point that he would go anywhere with it.  Into the brain of a catfish, a dog.  If there was a story to be told, he’d find it and then he’d tell the hell out of it.  I don’t know when I’ll finally allow myself to read everything he’s written.  Someday, maybe.  Maybe, never.

What’s next for you?
Oh, I’ve been working on a project that’s saved on my computer as Novelish.  I guess it’s a novel.  I’m not halfway through with the story arc and I’m around 43,000 words.  They just keep coming and piling up and it’s fun.  I like the writing.  I like that somewhere along the way writing became a lot of fun.  I laugh when I’m writing. Quite a bit these days.  That’s when I know it’s good.

Where can we find more information about you?
One of my first stories published was put to print by the fine folks here at Midwestern Gothic.  A story about brothers disputing the type of funeral to be had for their mother—the older brother prevailing, of course.  I also have work available from Lake Effect, Crossborder, Moon City, and Whitefish Review.  You can also follow me on Twitter.  @Wspmenow (I’m a big fan of the band Widespread Panic).