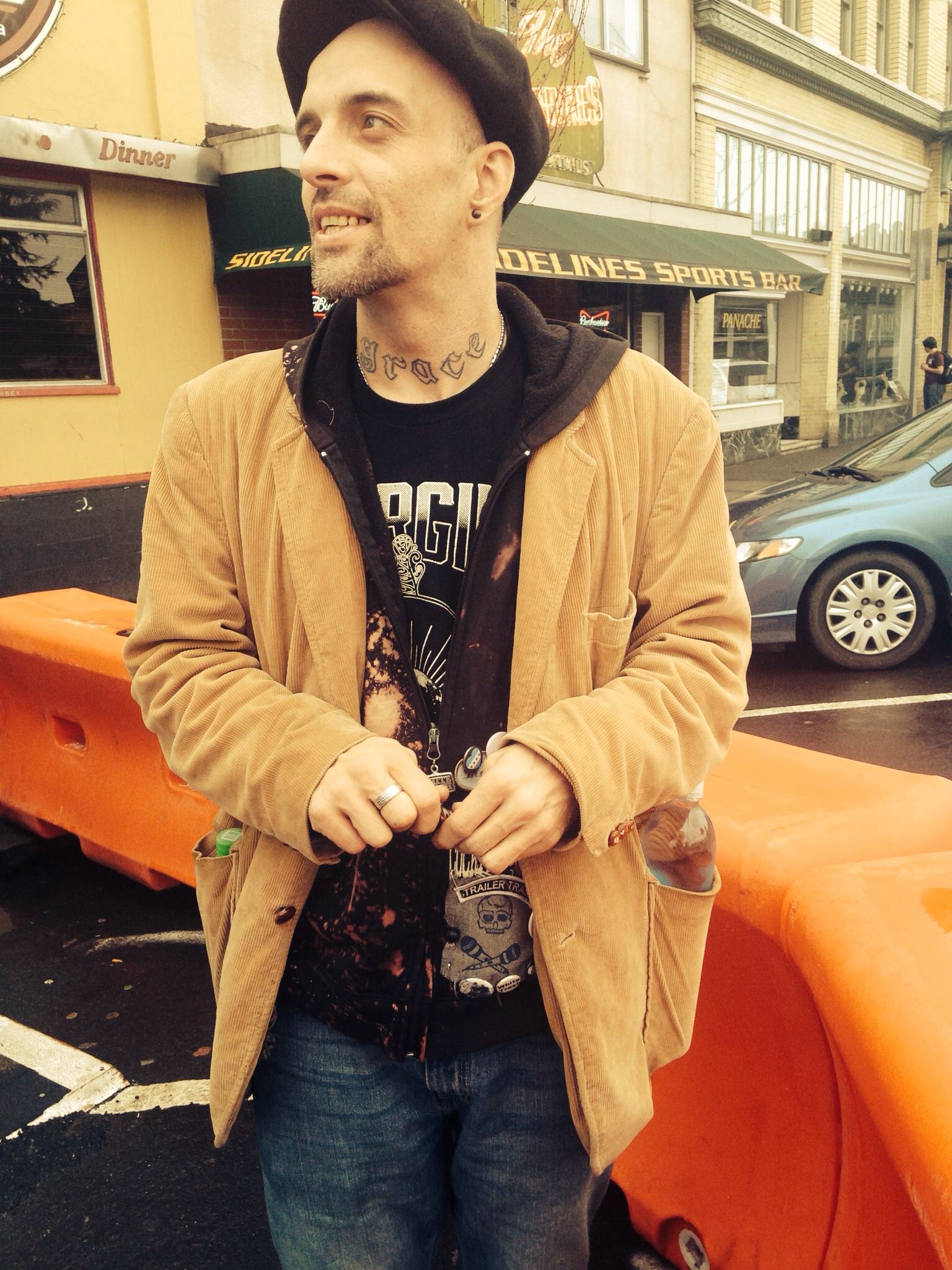 What’s your connection to the Midwest, and how has the region influenced your writing?
I was born in the Midwest. Rochelle, Illinois. A small town in the middle of a huge collection of farms, just like most of the Midwest. A typical town you’ve seen (poorly) portrayed in several movies a million times. I lived in Chicago for a great number of years and Rockford, Illinois as well. I also spent a lot of time in Arkansas growing up. My mama was from down there, but my dad was from Illinois. I split my time every year between the two. Those places have shaped my writing mostly by the plain, truthful way people talk there. Even the allegories are easy to understand in the Midwest. No one wants to leave anyone out of a conversation, so the way people speak is plain and honest. I try to do the same with my writing.

What do you think is the most compelling aspect of the Midwest?
The people, my God, the people! There are all types of people! You have to get to know everyone because there is no
way to assume anyone is just like anyone else. Everyone has a distinct, very different personality. Folks from other places usually assume everyone is racist, or ignorant, or boring, none of which could be further from the truth (for the largest percentage of people anyway). Both coasts seem to have us from the middle pegged all wrong.

How do your experiences or memories of specific places—such as where you grew up, or a place you’ve visited that you can’t get out of your head—play a role in your writing?
There is a darkness that comes with growing up poor in the Midwest. A desolation. In the cities you get lost in the crowd of poor and rich, but in the country, your economic situation is usually pretty obvious. That feeling of November when the trees are bare and there’s just hope. And not much of it to go around. That is what the Midwest taught me to be comfortable with. I think my writing reflects that feeling more than anything else. The gray that’s in the middle of the black and white.

Discuss your writing process—inspirations, ideal environments, how you deal with writer’s block.
I say all the time that I don’t believe in writer’s block. Firefighters don’t get Firefighter block. Pilots don’t get Pilot block (…I hope). Roofers don’t get Roofer block. You can have a bad day at any of those jobs, but you aren’t blocked. I write everyday, no matter what. It might be terrible, and I might throw it away, but I write. I read and write everyday. Mama used to say, “How do you get to Carnegie Hall? Practice.”

How can you tell when a piece of writing is finished?
I can’t. I just hope. Some poems have been published, and then when I look at them I see what I want to, or should have, changed. There’s the old quote that I’ve heard people attribute to Picasso, or Di Vinci, or W.H. Auden, “Art is never finished, only abandoned.” I believe that is a very accurate statement.

Who is your favorite author (fiction writer or poet), and what draws you to their work?
Well, that is tough. I doubt I could single one out. Stuart Dybek is a huge influence to me, as is Jack Micheline, Tom Waits, and Patricia Smith. However, Kurt Vonnegut is probably the only writer I could be comfortable saying was “the one” writer who had the biggest influence. The dark sardonic tone he brought to the table was the only thing I ate as a brooding 10-15 year old. I saw the ugly, the beautiful, the right, and the wrong, all displayed in his work in the same ways that my life seemed to be moving at the time. That ease with the world around you, even in the worst times, is something I still try to write and live by.

What’s next for you?
I have a book coming out later this year (through Great Weather for Media) called Harvest the Dirt. This is my most personal work yet, in fact, it is almost a memoir in poetry and prose. There are things in this book I have never told another person until I wrote it down. I’ll be doing a nationwide book release tour for it. I’m proud of the stories and poems in the book, and proud to have lived them. I also have a book being shopped around right now, and a book coming out with Red Bench Press very soon as well.