Steve Henn’s poems “Requiem” and “Let Me Tell You About the Time I Caught Chlamydia from Pike Lake” appears in Midwestern Gothic Issue 18, out now. 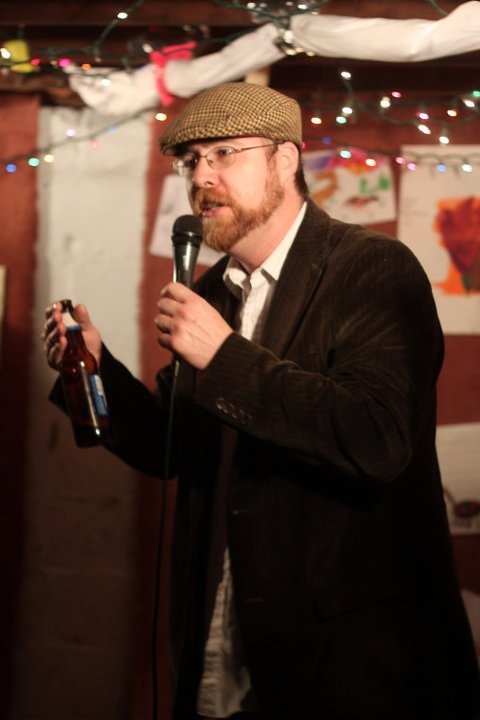 What’s your connection to the Midwest, and how has the region influenced your writing?
I’m born in Indiana, raised and reside in the state’s most conservative county, politically and theologically. My poems often work against prevailing local culture, such as in “And God Said: Let there be Evolution!” (NYQ Books, 2012). Indiana is kind of like my little brother in my writing though. I’ve lived here my whole life. I’ll be the one to make fun of it. You, (Chicagoan, or whoever, non-Hoosier) can shut up.

What do you think is the most compelling aspect of the Midwest?
Compelling? Not sure. We’re often excessively polite even while sharply differing. Or we used to be. Now apparently we hate gay people. What a claim to fame. Thanks, Mike Pence and Hoosier Republican-Supermajority legislature.

How do your experiences or memories of specific places—such as where you grew up, or a place you’ve visited that you can’t get out of your head—play a role in your writing?
I feel like the Midwest itself is a sort of a strange, specific headspace. Where else in the lower 48 can you encounter a sign along a minor highway reading “Jesus still loves you, son”? That’s up near Nappanee, on 19 I think. Wish I knew the story of that thing. I tried to write a poem about it and failed miserably.

Discuss your writing process — inspirations, ideal environments, how you deal with writer’s block.
I just think I have to stay tuned in to two things. 1) What’s being done with language around me, in conversation, in classes I teach (high school English), etc. and 2) What I’m thinking about. I’ve gotten quite a few poems lately by realizing what it is I’ve been preoccupied with mentally, and getting something down about it, playing with those ideas and fragments of thought and/or conversation. I like to write in my backyard in a lawnchair with a beer at hand, and I’ll write having a beer or two at a bar, sometimes. Location is not a primary factor. I like thinking and writing poems as a way of paying attention to the world. When I feel tuned in, I’m getting more down. So mostly, I try to stay tuned in as much as possible. I can be horribly scatterbrained and poems are a way of maintaining focus and attention.

How can you tell when a piece of writing is finished?
I often monkey with a poem right off the bat, for several drafts, until it sounds like what it seems like it should. Rhythm and cadence are big. Not necessarily scansion, but just the cadence of phrases piling up. Sometimes I think I quit too early on poems but in my estimation if I over-rewrite it tends to do more harm than good. Somewhere between 3 and 8 rewrites, beginning to end, and I’m usually there. I don’t, like, put a first draft away in a drawer, then return to it 6 months later, having performed whatever rituals of forgetting and refreshing are apparently necessary. Usually I’ve got 2 or 3 or 4 going at once, and they finish when I read through it and no other changes seem to suit the poem.

Who is your favorite author (fiction writer or poet), and what draws you to their work?
Bob Hicok is my favorite poet. He’s returning to the Midwest this fall, to teach at Purdue. I like the randomness of Hicok, the way he goes in unusual directions and still ties disparate pieces of the poem together. I was reading a lot of Hicok when “And God…” was written. I just tore through his work when I discovered it. Bought everything he’d done. The inventiveness of his work is another thing that really appealed to me – the combination of playfulness and cadence and honesty and emotion. You can’t beat Animal Soul. Great book.

Vonnegut is my favorite fiction writer. He is the very soul of the Midwestern Agnostic, someone who believes in the spirit of the Sermon on the Mount, whatever one might think of the likelihood or unlikelihood of the existence of a Man-God.

What’s next for you?
I’m just plugging away at poems. I’ve hit a good patch lately – I’m getting more down more consistently than I have in 4 years or so. I hope to get out there and do a reading tour with the help of a grant I’m eligible for, but we’ll see. That will require an application and some good luck. A bunch of these poems I’m getting down, I’m going to send out here and there come August, September or so. I hope to get another book together at some point. It’s no rush. I’m enjoying piling these suckers up, at the moment.

Where can we find more information about you?
www.therealstevehenn.com. Books, LP, DVDs, blog, articles, reviews (both that I’ve written and that have been written about my stuff) – it’s all on there. A recording microlabel, Auris Apothecary has a great new lathe-cut with booklet of 3 poems out, called Cancel the Apocalypse. Find that here: http://aurisapothecary.org/releases/aax-111-steve-henn-cancel-the-apocalypse/.

And thank you for asking. And thank you, reader, for caring enough to be interested in all this.