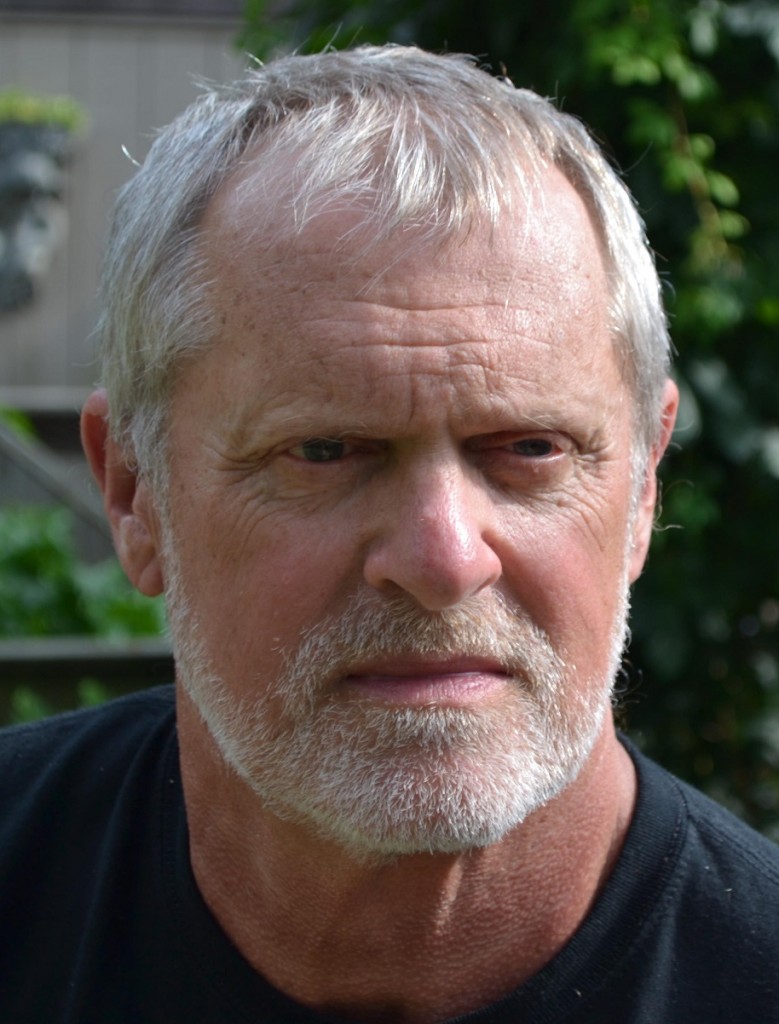 What’s your connection to the Midwest, and how has the region influenced your writing?
I was born in Saginaw, Michigan and grew up in Chicago. I earned degrees in art education from Taylor University and Indiana University, then taught high school art for thirty-nine years in Columbus, Indiana. I am totally Midwestern, comfortable in old pickup trucks and unafraid to walk in a cornfield at midnight.

My writing reflects my experiences. I tell simple stories about everyday people, Midwesterners who wear union ball caps, ride John Deere tractors, the homeless, the clueless, the preacher who comforts a widow or a loyal Cub fan who wishes Ernie Banks was still playing shortstop.

What do you think is the most compelling aspect of the Midwest?
What I find most compelling is its clarity. Get on any Indiana highway and look at the land, it is flat and void of obstructions. Look over your shoulder and see where you came from, look straight ahead and find a perspective. You witness how two lines converge to a vanishing point, how the future is a dangling carrot and just out of reach.

How do your experiences or memories of specific places—such as where you grew up, or a place you’ve visited that you can’t get out of your head—play a role in your writing?
My memories, whether accurate or altered by time, influence my writing. For example, I was a horrible student, a daydreamer. My fourth grade teacher wrote on my report card, “Dale is a wonderful boy, but he lives in a world of his own.”  I know now she was hinting that I should conform, but I didn’t catch on. The fact is, I enjoyed my own world, the world that now governs my poetry.

Discuss your writing process — inspirations, ideal environments, how you deal with writer’s block.
I am inspired by visual images: photos, postcards, CNN video.  I combine these with my life experiences, cynicism and optimism, wishes and hopes. Once I have an idea I throw it like paint. Picasso once said, “A picture is not thought out and settled beforehand. While it is being done it changes as one’s thoughts change.”  My poems will often begin one way, then after I push them around, change words and colors, the poem becomes something I never expected.

How can you tell when a piece of writing is finished?
I don’t think I have ever finished a poem to my satisfaction. Even when I pick up a book containing something I have written I want to rewrite it.

Who is your favorite author (fiction writer or poet), and what draws you to their work?
I admire Kurt Vonnegut, who is also a Hoosier. He had a knack for telling stories in a straight forward manner. He created interesting characters and used delightful and quirky details to move his narratives forward. I also like that he was slightly irreverent, snubbed his nose at conventional rules. He said write as simply as possible, there is no need for SAT words. He called chains of flowery modifiers “making necklaces for Cleopatra.”   Not bad advice, think of Shakespeare’s most famous line, “To be or not to be,” the longest word is three letters.

What’s next for you?
I hope to continue doing what I love surrounded by people I love.

Where can we find more information about you?
My wife has a few stories but she can be hard to get a hold of, never charges her cell phone. You will probably have to look at my website, http://dalepattersonart.com/.