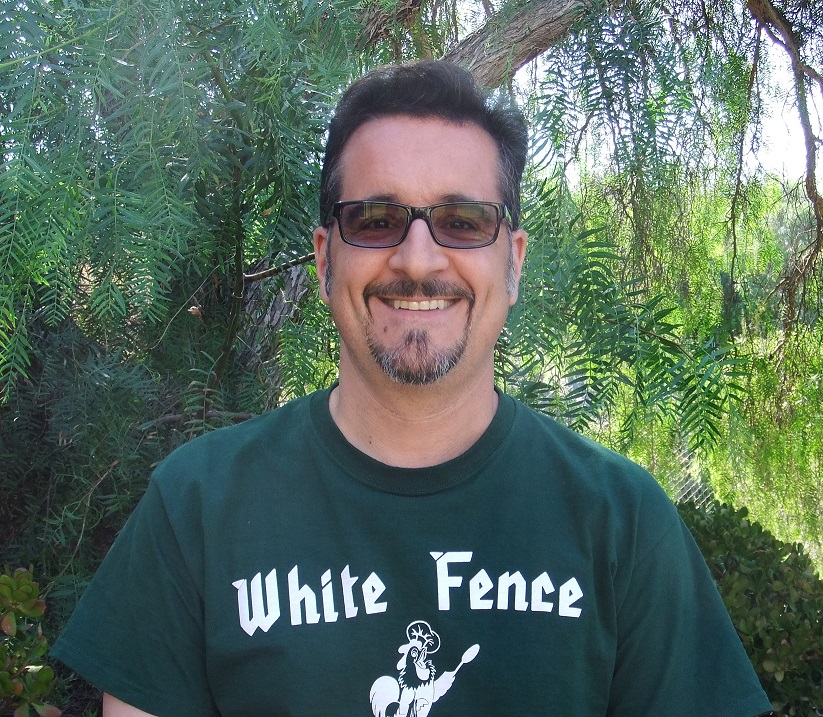 I grew up in a western suburb of Chicago, went to college downstate, and then moved to central Indiana for graduate school. Despite living in California now, my imagination—and especially that part of my imagination that’s influenced by memory—is rooted in the Midwest. There’s a reticence in the region—in its people, of course, but in its landscapes, too. There’s always much more than meets the eye in the so-called “flyover region,” and the angle I strive for with the characters who populate my fiction and nonfiction is to explore what’s simmering beneath the placid surface.

Since I moved to southern California, I’ve been struck by the lack of tolerance people have here for weather variances—even slight ones, like a light drizzle or a fifty-degree day in June. Mind you, I’m not excluding myself from this criticism; my blood thinned out ten minutes after my plane landed. But because I still have connections to the Midwest, I experience its dramatic weather vicariously, and I admire the casual resolve of friends and family. It’s a lesson of endurance, of “doing what you hafta do” with minimal complaining, and of course dealing with inclement weather is only a superficial example. But this is a value I associate with the Midwest (to the extent that any such generalizations are valid).

Setting is important to me because that act of re-creation—especially if it’s of a place that doesn’t exist anymore—is also an act of preservation, and self-preservation, too. The details of the world I grew up in don’t exist in my memory separate from me, so writing them into my work becomes a way to keep my past alive. There’s that great image at the end of Tim O’Brien’s story, “The Lives of the Dead,” where he remembers skating as a child: “…and when I take a high leap into the dark and come down thirty years later, I realize it is as Tim trying to save Timmy’s life with a story.” Like most people of a certain age, my formative places are gone either literally or for all intents and purposes, but I can tend to their memories in my writing.

Inspiration can come from anywhere, and the trick is to be ready when it does. It’s difficult (and potentially alienating) to constantly view the world as a source of stories, but if I can keep that instinct running in the background, then I’ll be ready when I hear a turn of phrase or see a gesture that is layered or interesting—and thus ready to be appropriated in my writing. In terms of writing environments, I’ve found that distractions and deadlines help. I like to be around people in some public place, like a coffee shop or library, rather than alone in my home office. As far as writer’s block goes, I try to remember Anne Lamott’s lesson about “short assignments.” When I’m blocked on some long piece, I try to get going by working on short, manageable writing—a teaching activity for my creative writing class, a blog post, a series of questions for a “Contributor Spotlight.”

I’m not sure if anything is ever finished, but if I get to the point where I feel that a piece is still flawed but I don’t know how to fix it, then it’s probably done—for better or worse—at least until someone else can read it for me.

Boy, so many to choose from. The books I’ve been recommending lately have been by Ann Patchett. State of Wonder is a wonderful novel, of course, but her two nonfiction books, Truth and Beauty (about her friendship with Lucy Grealy) and This Is the Story of a Happy Marriage (a collection of her essays). In both of these—and in particular the latter—I’m blown away by how effortlessly her voice comes across and her use of details. So many of my students think that the stories from their lives will tell themselves, and Patchett’s writing is a testament to the heavy role that craft plays in nonfiction.

This past June, I won the San Diego Book Award in the “Unpublished Memoir” category for my manuscript, That Hidden Road (from which, my contribution to Midwestern Gothic 19—“Shallow End”—is excerpted). The book chronicles my solo, cross-country bicycle trip in the summer of 2010 that I took in the wake of several personal crises. A few stand-alone pieces from the book have come out in different journals, and my immediate goal is to get the whole thing published. I’m also working on a series of short stories about dead celebrities.

I try to update my “Queasy Writer” blog regularly (and am even sometimes successful), and people can find that at www.noeasywriter.blogspot.com. I also share various inanities on Twitter with the handle @rocco_versaci. My website—complete with books and comics recommendations!—is at www.palomar.edu/english/versaci.