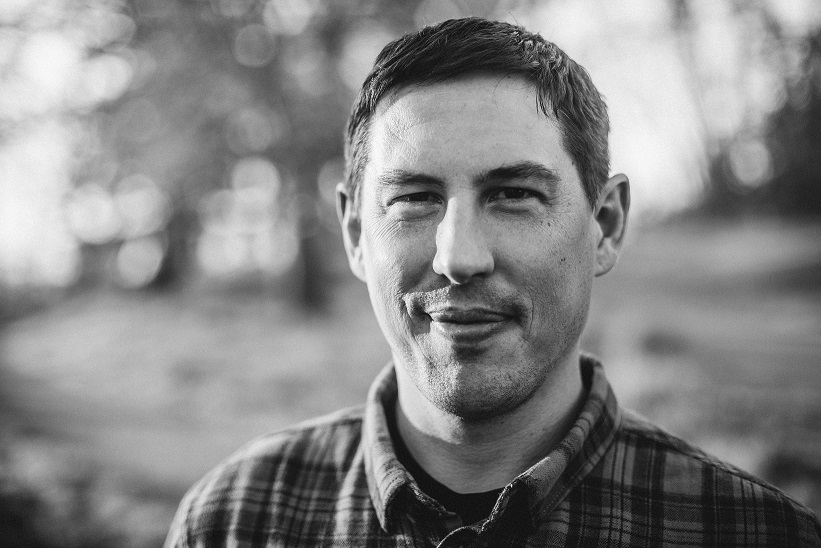 Hannah Bates: What’s your connection to the Midwest?

Eliot Treichel: I grew up near Appleton, Wisconsin, along the Fox River. Later, I moved north to a little town called Langlade, Wisconsin, which consisted of a four-way stop sign, a tavern, a gas station, and a ten-room motel. I’ve now been in Oregon for fifteen years, but I still consider Wisconsin my home. I probably always will.

HB: Your collection of short stories, Close is Fine, tackles what it means to live the simple life in a rural, blue-collar town. How did growing up in northern Wisconsin affect your vision for these stories?

ET: Well, when I was about nineteen, I actually lived in a farmhouse way out in the middle of some potato fields, and one of my roommates was this somewhat sketchy older dude who ended up getting sent back to jail for violating his parole, and the whole thing turned very surreal very quickly. Later, I also spent a lot of time at this classic northwoods bar where the owner’s father had apparently trained the bear who would become Gentle Ben. And one time, while I was driving around on the back roads up there, I swear I saw a life-size fake cannon made out of discarded wooden cable spools that was displayed in front of some guy’s trailer home. If you’ve read the collection, you know these details are all major elements of the book. Close Is Fine is a love song, albeit it a kind of sad one, to the place I came from. It’s me trying to explain to the world how precious that place is to me.

HB: Close is Fine is also very male-oriented: the stories share details about characters who work in traditionally male professions, who have marital issues, who have relationships with their sons, who are no strangers to failure. How were you able to capture loneliness and hardship among a demographic of small-town folk who are often resilient and proud of where they come from?

ET: I guess it goes back to my last answer. These are the men I grew up around and later worked with, but I’m also no stranger to failure and loneliness myself.

HB: A Series of Small Maneuvers is a young adult novel about 15-year-old Emma who loses her father in a canoeing accident. Why write fiction for young adults? What care and complexities are required in writing for a young audience, especially with such a serious theme? 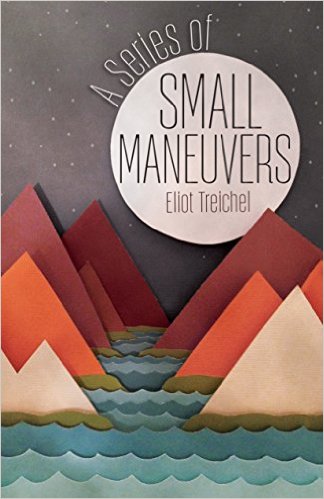 When I started the book, I was working at the public library in Eugene, and I noticed how vibrant the young adult section was, especially in terms of new fiction. I was also in the process of trying to find publication for Close Is Fine, which had taken me a very long time to write, and I needed the next “thing.” I happened to hear a radio interview with the writer Cynthia Kodahata, where she talked about some of her reasons for focusing on YA, and I thought YA might be something worth exploring. I was also bringing home a lot of books from the library for my daughter, who at the time was just entering high school. It was frustrating to see how pervasive the boy-saves-girl narrative was in so many of them. I wanted to try and write something that offered a different narrative. I also wanted to try and write something that would’ve appealed to me in the same way some of Gary Paulsen’s books did when I was a boy, or the way Ed Abbey’s The Monkey Wrench Gang did when I was in high school. My initial intention was to just write an adventure story, but by the end the novel became something else—a story about family and grief and rivers. I think that’s why the book is also resonating so well with adults.

As for what care and complexities were required, I just tried to write an honest book that didn’t talk down to teens. And, at some point, Emma simply took over and started telling me what to say. In the editing process, the press suggested a few changes to bring things inline with a younger audience, but those were all fairly minor. I didn’t read much YA while I wrote this book, so I wasn’t thinking much about the constraints of the genre. I did, however, almost exclusively read novels written by women.

HB: Why is it important to you that a book tour for A Series of Small Maneuvers includes an opportunity to teach workshops in local high schools and libraries? What is most valuable in learning how to write creatively?

ET: There are quite a few reasons why it’s important to me. I want teens to be excited about reading and writing, especially boys. It’s scary to me how little teenage boys are reading for fun these days. To read fiction and to write creatively requires exercising at least some degree of imaginative empathy, and that’s important for young adults. It’s important for everyone. Reading and writing helps us see realities we’d never be privy to otherwise. It allows us to travel in ways different from the Internet. And writing shit down helps. Just the very simple act of writing something down on a piece of paper can be transformative. Learning how to authentically express yourself at a time when so many others—parents, teachers, advertisers, peers—are trying to tell you what to do and to say and to think, is invaluable. Plus, it’s important for teens to know their stories actually matter. It can be life saving.

HB: If you were teaching a writing workshop at a high school, what writing prompt would you choose to teach and why?

ET: I don’t know that I have any super great prompts. Sometimes I hand out blank note cards to students and have them write down a place, a job, and a verb. I collected the cards, shuffle them, and pass them back randomly. The students have to then write a short scene where all three words are used. Those scenes tend to be pretty humorous and imaginative, which gets everybody laughing. I also like taking headlines from The Onion, putting them up on the whiteboard, and then having students write the stories to go along with them. If I was teaching a more extended workshop, where students already had stories they were working on, and maybe the emotional tenor of the classroom was different, I’d use prompts more as a way to get them to rethink their work. Something like having them take a story and rewrite it as a poem. Or maybe a prompt that asks them to apply a bunch of What if? questions to their work—like, “What if the main character does exactly the opposite of what he/she does now?”

HB: Ooligan Press has created a Pinterest board for A Series of Small Maneuvers, and many of the captions to the pins are related to the story. What’s the reasoning behind this? Does this non-traditional outlet appeal to your desired audience? In what ways?

ET: I can’t really speak to the reasoning behind Ooligan creating a Pinterest board for the book. I’m not sure if that particular outlet appeals to a YA audience or not. My social media is very limited. While I’m not on Pinterest, I’ve seen some of the board and many of the photos are great, and I think they work well with the captions linking them to the novel. At the same time, I don’t want the Pinterest board to replace the images that readers would have come up with for themselves. That feels like a shrinking of the imagination muscle. Overall, though, I think there’s an interesting intersection of text and image and social media happening right now. I don’t necessarily participate in it, but I’m fascinated by it. I’m fascinated by the fact that people take scenes from TV shows, break them into still frames with the dialogue as text, and then put them up on Tumblr. And there was just an article in The New York Times about the “new breed” of poets whose best-selling book sales have been driven by the success of their Instagram and Tumblr poems. Suddenly, I feel old.

ET: I’m currently working on another young adult novel. My aim was to write a YA stoner rom-com, but I’m not sure if that’s what I’m actually writing. I’ve also been working on a few “male-oriented” stories that are more akin to my stuff in Close Is Fine. One of them, “Quarry Day,” will be online at BULL sometime relatively soon. I have this other thing floating around in my head. It’s not really formed enough where I can even talk about it in any meaningful way. I only bring it up because it’s going to be about ski jumping and Michigan’s Keweenaw Peninsula.

Eliot Treichel is the author of the YA novel A Series of Small Maneuvers and the story collection Close Is Fine, which received the Wisconsin Library Association Literary Award. His writing and photography have appeared in a variety of publications, including Canoe & Kayak, Narrative, Beloit Fiction Journal, CutBank, and Passages North. He’s been awarded a Fishtrap Writing Fellowship as well as two residency fellowships at PLAYA. He thinks riding bikes uphill is fun, sandwiches are better with potato chips, and that no one should go to bed without a cookie. His only dance move is the moonwalk. He cannot parallel park. Originally from the Northern Wisconsin, he now lives in Oregon.