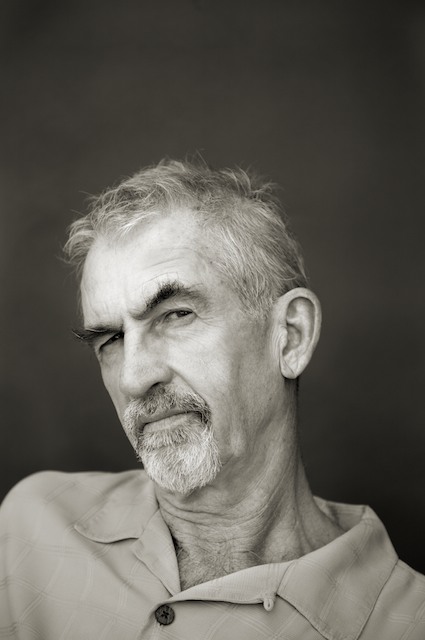 Midwestern Gothic staffer Giuliana Eggleston talked with author Jim Krusoe about his novel The Sleep Garden, the underground, the reality of loose ends and more.

Giuliana Eggleston: What’s your connection to the midwest?

Jim Krusoe: A long time ago wrote that to grow up in the Midwest: “…was to watch a glass of milk turn sour. Slow. Inevitable. Reputedly healthful,” and by the Midwest I meant Cleveland, where I was raised. Cleveland later resurfaced as the location of my novel, Erased, and it is the Midwest that I have to thank for my almost pathological need not to be bored, having gotten enough of that unhappy feeling in my first seventeen years there to last a lifetime. I suppose in a way I’ve been running from the Midwest in one way or another ever since.

GE: In you new novel, The Sleep Garden, you write several different interweaving stories following five main characters. What were the challenges, if any, in making their stories fit together?

JK: The characters In The Sleep Garden actually were conceived only after I had figured out what the central images of the novel (holes in a lawn, the burrow, a crossbow, the horrible sixties sitcom, “Mellow Valley”) had to do with each other. Unraveling that question took a couple of thousand pages: false starts, trying things out, testing other images I hoped might replace them. Finally, after creating a literary space fit to host characters, these particular ones stepped up surprisingly quickly and began to tell their stories. 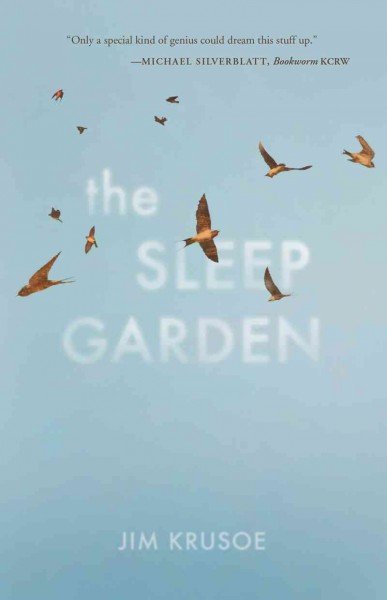 GE: How did you first conceive of the idea of “the Burrow,” the underground apartment building where your characters reside?

JK: The Burrow itself took some time to emerge, although, like Poe, I’m drawn to things that happen underground—basements, caves, and cellars—the literary equivalent of the subconscious. The first incarnation of the Burrow was actually a building called “The Snail Museum.” It was to be a novel about a young girl, or maybe about the guy who ran it, I couldn’t decide. That draft, along with a dozen other attempts, fell through, but in the end I was left holding a building that was basically a lump, like a snail’s shell. I also thought about Kafka’s “In the Burrow,” Emily Dickenson’s “swelling in the ground,” the legend of the Seven Sleepers, and of course Tolkien, whose references to burrows were important to push away from the minds of readers. Also, there’s a great Indian Burial Mound in Moundsville, West Virginia, that I visited a long time ago and left an impression, mostly of seediness.

GE: What inspired you to write about this unique story concept? What do you hope your readers take away from this narrative about life, death, and everything in between?

JK: Of late I’ve become interested in the permeability of my life. By this I mean that my dreams, the things I’ve done, the stories I’ve read and heard, what I’ve witnessed and what I’ve been told I witnessed, as I’ve gotten older, all seem to take on an equal authority and an equal weight in my mind. In this way, my memories of a friend and the actual friend who might be standing in front of me become almost the same. And then, should my friend die (something that happened in the course of this book) I have to ask how much really, has been taken away and how much remains.

GE: An interesting quality of this novel is its lack of closure for some of the characters. How do you feel the loose ends play into the greater meaning of the novel?

JK: In certain ways the lack of closure allows a story to continue after the book is finished. If you were to ask me about my life, I can’t think of a single instance where closure exists, where something is over and done with. Nor should that be the case. I know that Jesus said, “It is finished,” but obviously he was being optimistic.

GE: Your characters are all very unique, from a retired sea captain to phone-sex worker writing a children’s story. How did you go about crafting each distinct personality?

JK: One of the pleasures of writing a novel is that the writer gets to spend a fair amount of time with each character and so find out more about who they are. Characters for me never start full-blown, but build themselves up over the course of months and years until they are revealed as if they exist wholly outside me. Only later comes the surprise that they’ve been a part of me all along.

GE: What aspect of your novel did you most enjoy writing?

JK: I’m ashamed to say it was probably the silliest part: the six episodes of “Mellow Valley,” a sitcom about a pot farm in the sixties. I had been carrying that idea with me, for no good reason, a long time, and then, when I started to write it down, new parts added themselves to the story. For a long time I couldn’t decide whether or not to cut it. But then I decided to wait and see if it had anything to do with the rest of the novel that had yet to be written, and I was surprised to see that it did. Also—and this is important to me—the world is made up of many levels of seriousness and unseriousness; to leave any one of them out is not a true representation of the world, or at least my world.

GE: Have any authors inspired your writing?

JK: I wouldn’t say writers inspire my writing exactly, but they inspire me with their courage, and inventiveness, and their sense of care. And by inspire I mean that they remind me how far I have yet to travel and the impossibility of my ever getting there. On the other hand, the best I can do is make my writing as good as it can be for me.

JK: I just finished a novel I had high hopes for but threw out, so I’m back to struggling with images, trying to unlock those I can’t shake and then find some kind of common concern they represent and to discover what they are trying to tell me. Or what I’m trying to tell myself. It’s an interesting state of mind, one where everything we see can be important or significant, part ecstasy, part paranoia, and part frustration. It’s the first step in creating.