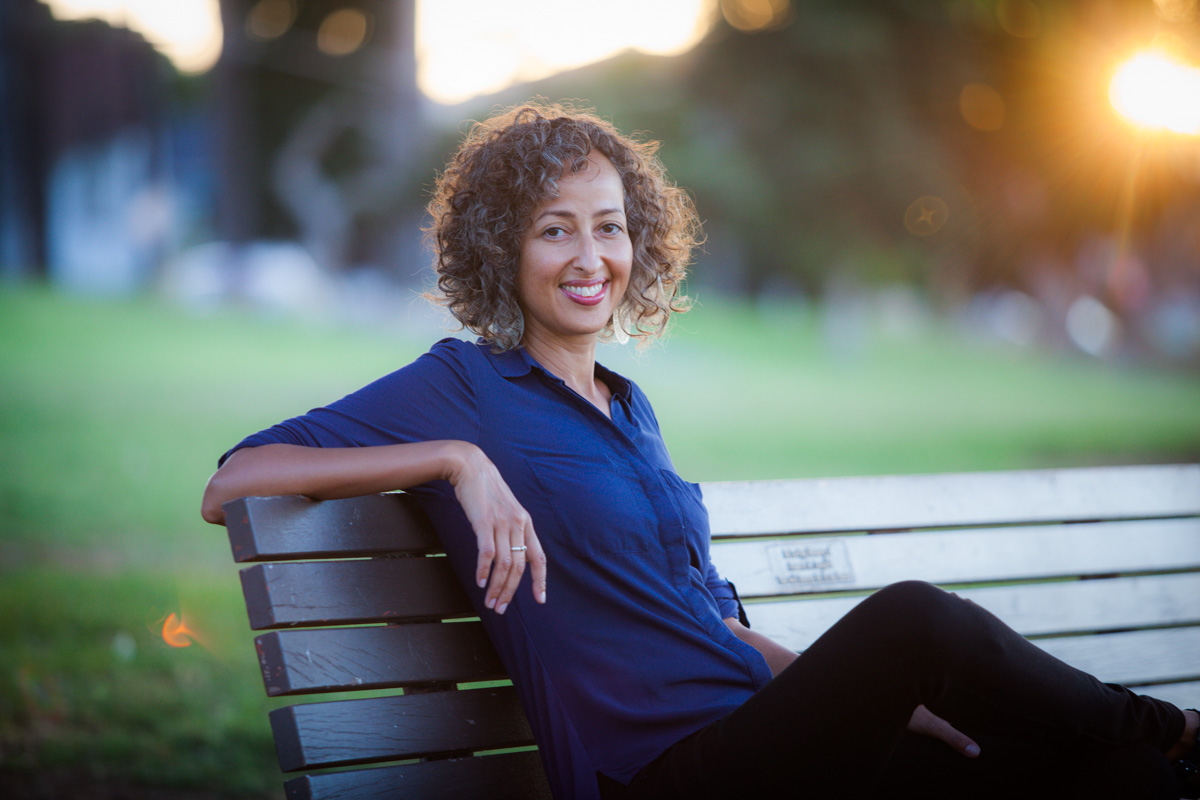 Midwestern Gothic staffer Giuliana Eggleston talked with author Sofia Samatar about her novel The Winged Histories, concentrating on those without a voice, writing across different modes and more.

Sofia Samatar: I was born in Goshen, Indiana and lived in Indiana and Illinois until I was seven. Then I moved around quite a bit – Tanzania, England, Kentucky, New Jersey – before coming back to the midwest for college and graduate school. I went to Goshen College and the University of Wisconsin-Madison. Because I was born in the midwest and lived there during some important formative years, I’m very comfortable there.

GE: Your new novel, The Winged Histories, is a companion novel to your debut novel A Stranger in Olondria. How did you go about interlacing the two novels? Did you run into any obstacles setting a new story in the same world?

SS: I conceived the A Stranger in Olondria story as a two-book project from the beginning, and had a basic idea of how the two parts would connect and complement each other. I wrote the first draft of the whole project – both books – before trying to publish the first one, in order to preserve continuity. I was so scared that if I published A Stranger in Olondria before writing the second book, I’d run into problems, like I’d need to move to a town across a river or something, and the map would already be public! So even though the manuscript of The Winged Histories changed quite a bit, I did complete it before the first book came out. This is a good method for writing works set in the same world, although, of course, it takes a lot of patience. 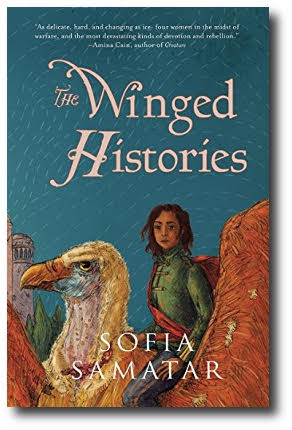 GE: As opposed to A Stranger in Olondria, which follows one male lead, The Winged Histories follows four different characters, all women, with a section of the novel devoted to each. What inspired you to write the companion novel in this way? Was there something you wanted to say about women, their roles in this novel or in real life?

SS: Concentrating on women in the second book was a conscious choice. This is something that developed in the later drafts of The Winged Histories. As the theme of lost histories grew stronger, I began to focus on those who had not been able to tell their stories in the first book, and who are often dropped from history in our own world: women, LGBTQ people, colonized people, religious minorities. There is also a section that echoes a key part of A Stranger in Olondria, but in reverse: in A Stranger in Olondria, we receive a woman’s story, but it’s written down by a male hand, while in The Winged Histories a man’s story is written down by a woman.

GE: The Winged Histories deals largely with a fictional violent rebellion, with each character caught up with it in a different way. What process did you go through to be able to put yourself in the different shoes of each character and write their stories?

SS: I know Olondria well, so imagining the different landscapes and moments of the war wasn’t a problem – those feel very real to me. But each of the four sections has its own tone, and each character a different kind of music, so I needed to put myself into the right space to imagine each part. I did this through reading. Some people make playlists for their novels; I have booklists. To give you an example of some writers who haunt The Winged Histories: for Part One, W.G. Sebald and Miral al-Tahawy; Part Two, Leonid Tsypkin and Jean Rhys; Part Three, Carole Maso and Assia Djebar; Part Four, Anaïs Nin and Tolstoy.

GE: How did you first come up with the intricate world of these two novels? How do you keep all of the details straight while writing?

SS: I take notes! I have quite a few Olondria files – cities, legends, agriculture, genealogies, literary movements, etc. As for how I came up with it – like any fantasy, it’s built from elements found in the world I know. It’s especially influenced by places I’ve lived: Egypt and South Sudan. But its relationship to the real world is mysterious and oblique, like the relationship of a collage to its materials.

GE: Aside from novels, you’ve also written quite a few poems, short stories, and essays. Do you have a preferred mode of writing? When you first get an idea, how can you tell which mode of writing you will use to expand it? Is it always clear?

SS: I’m most drawn to the novel, because that’s mostly what I read. But I do love different types of writing. I like working with an idea in more than one form. Every chapter of my dissertation on the Sudanese writer Tayeb Salih, for example, also became a piece of fiction. The Sufism chapter went into a story called “A Brief History of Nonduality Studies;” the chapter on epic poetry became a section of The Winged Histories. Last year I wrote an essay about Charlie Parker called “Skin Feeling,” which also exists as a short story – and so on. Sometimes I can’t really tell what’s going on with form. Sometimes form just seems like a label, or something I can only talk about in the most boring way. When is something a poem and when is it a lyrical blog post? Yet I do care about form very much. In the end I like to know what to call my work. 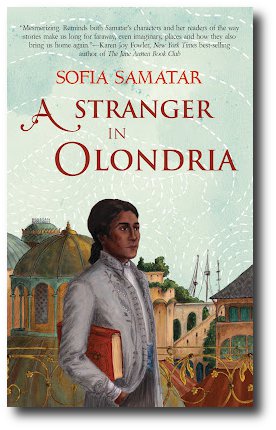 GE: The shared setting of your two novels is intricate, fantastical, and entirely of your own creation. What has surprised you most about releasing this world out to the public? Is there a level of vulnerability that goes along with asking the reader to step into a world that you crafted entirely, as opposed to a story that takes place in our same world? Do responses for novels differ from essays, short stories, and poems?

SS: I think with a made-up world, the writer’s vulnerability is actually very slight. Who’s going to correct me on Olondrian geography? It’s harder with something set in our own world, and hardest of all when you reveal something about your own life, which I’ve been experimenting with lately.

The biggest publication surprise for me was definitely the attention A Stranger in Olondria got, the awards it won. I was such a newcomer. I was thrilled.

SS: I’m working on a new book. It’s a hybrid text combining fiction, history, and memoir, based on a migration of Mennonites from Russia to Central Asia in the 1880s. In a way, it’s a real departure from what I’ve been doing, but in a way it’s a culmination of everything. It includes all the forms I love, and it meditates on some of the same themes as the Olondria books: borders, storytelling, empire, faith, and memory.

Sofia Samatar is the author of the novels A Stranger in Olondria (2013) and The Winged Histories (2016). Her work has received the John W. Campbell Award, the William L. Crawford Award, the British Fantasy Award, and the World Fantasy Award.