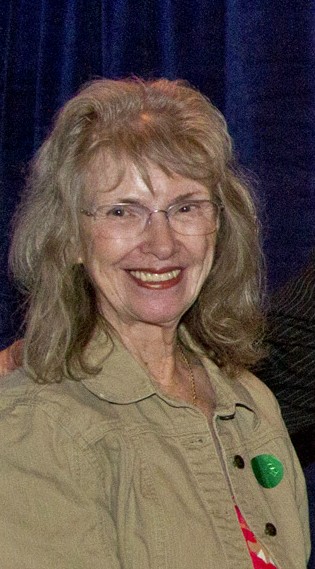 I was born in the Midwest, in Chicago where I lived till the age of 11, then spent some years in Montana, then returned to Illinois. I live on a small horse-farm in Plato Center which is west of Elgin, about 60 miles from Chicago. Much of my writing has a rural aspect. I’m interested in both the environment and the history of the area.

The most compelling aspect of the Midwest is the space. Once you’re away from the city and suburban areas, it is amazing how much open space there is–acres and acres of corn and soybeans. As you drive south the flat expanses can be boring, but in the Fox River valley where I live there is more diversity, with woods and rivers.

Many of my poems have to do with horses and the farm on which I live. I have a book of poetry called “Dead Horses” which I would call ‘country noir’ – my poems are probably the opposite of the Wordsworthian paeans to nature.

My writing process is primarily to capture the impetus of a poem before it escapes. I tend to be prolific so I discard a lot of stuff or put it on ice for later revision. I don’t have any particular quirks that have to be satisfied to write. As a journalist, I’m used to meeting deadlines, and more importantly to my poetry and fiction, I’m used to taking notice. I haven’t yet encountered the dreaded writer’s block.

Somebody said a poem is never finished, only abandoned. Even after a poem has been published or included in a book, I still often feel the urge to tamper with it. I belong to a writer’s workshop and I find that helpful, getting input from others as to if a poem works and if it is concluded. I often have 5-6 versions of a poem in my file. Many times, it isn’t that a poem needs either more or less, it’s that it needs structural rearrangement. Sometimes, when I’m not happy with a poem, I’ll try casting it in a different form such as a sestina.

Confining myself to just one favorite author is difficult – yet, otherwise I’d probably go on for hours as there are so many people that I admire. So: fiction writer. Leo Tolstoy. He was able to do everything with fiction – he could inhabit the minds of every character including dogs and horses. My all-time favorite novel is Anna Karenina. Poet: Pablo Neruda. His zest for life, the way he could animate the inanimate and his beautiful lyrics can’t be beat. That said, I’ve read both of these authors in translation. So (cheating now) if it must be an English speaker, for fiction I would choose William Faulkner (my favorites: The Hamlet and As I Lay Dying) and for poetry Ted Hughes (Crow).