Midwestern Gothic staffer Sydney Cohen talked with author Maryse Meijer about her new collection Heartbreaker, reversals of power, writing as an act of fantasy, and more.

Maryse Meijer: My twin sister moved to Chicago seven or eight years ago, and when I came to visit her in the city I knew I wanted to live here. I feel like Chicago has just as much to offer as New York, but it’s a bit slower here, and cheaper, and we have the lakefront, which is beautiful. I’m from California, born and raised in the central valley, and I spent 10 years in Santa Cruz. I love California, but the midwest feels like home. It’s a cliche, but I missed seasons! And I am obsessed with snow. My husband is from Ohio, as is my brother-in-law, so perhaps there’s something about the people here, too…

SC: Your debut collection, Heartbreaker, spotlights women who live unsettled lives of disarray and fierce emotion. What inspired you to write about these women and their environments? It has been described as a book that “breaks open taboos about sex, disability, melancholy, and violence.” In terms of these themes, what would you say is the taboo, or expected, way of discussing them, and what was your purpose in shattering these expectations?

MM: I don’t set out to write a certain kind of story, but there are themes and ideas I seem to circle around. I’m a feminist – I wish this would go without saying, but there are still women (and men) who hesitate to identify themselves as such – and I’m interested in how patriarchal ideas about love and romance and sex affect everyone in our society. Especially in terms of power. One thing that became clear to me as I was looking at the collection as a whole was how often the stories feature reversals of power; a young girl might become a stalker, another might menace a group of boys, a child might terrify an adult, an animal might have the upper hand in a relationship with a human, etc. I don’t know what’s really taboo in our culture these days, but I think confronting systems of power is always controversial. This is not to say, however, that anyone in this collection is using their power for good – most of the time, people are making a mess of things wherever they go, with whatever they have. So if a woman has the power in a relationship, as the girlfriend does in “Jailbait,” but she lives in a patriarchy, she’s probably going to behave the way men do when they have the power – that is, not well. Sometimes taking things out of their usual context sheds new light on old ideas. 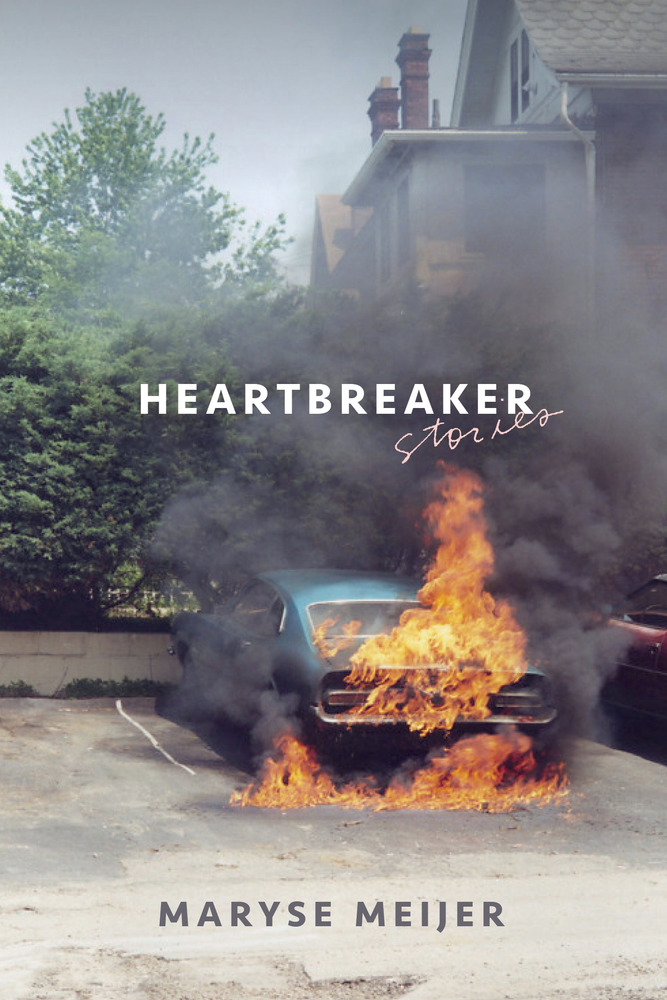 SC: How has the Midwest in particular inspired your work?

MM: Writing about places has always been difficult for me – I haven’t yet been moved to write about a place, per se. I’m more interested in spaces – interiors like cars, shops, bedrooms, etc. So the where of the stories feels claustrophobic, generalized, displaced. It’s not purposeful. Partly I don’t like the pressure of having to get a place “right” – if I said a story was set in Chicago, I know readers would grumble about how my Chicago doesn’t resemble their Chicago – and so I chicken out on being specific. It’s probably something I should push myself to try sometime. But I think weather affects me – my impressions of places seem to have a lot to do with the weather I experience there. Heat, for example, I will always associate with the central valley. And now that Chicago has introduced me to snow I find myself moved to write about winters – and thunderstorms, I love the storms here. I understand lightning a little better now. Chicago also has the most beautiful fall – my favorite season. I’d love to capture, someday, the particular fall of this place. If you see a leaf in one of my stories, it’s a Chicago leaf! And the rain is Chicago rain. And wind. Oh my god the wind.

SC: Your collection involves women who experience torrid and intense emotions. How did writing these characters affect your own emotional state, or the ways in which you view the world and others?

MM: Sometimes a story will scare me, or make me feel uncomfortable. I hope, usually, that this is the case! When I was writing “Fugue” I felt like I was casting a spell on myself. It wasn’t pleasant. The same with “Whole Life Ahead” – both of those were hard to write in the sense that I felt they went to a very ugly place, and I was just along for the ride. But the pleasure of writing mitigates any negative feelings I have about certain topics – if I feel a story is going to an interesting place, I want to be there, even if I’m scared. I want to see what happens next. In the first stages of a draft, the story is telling itself to you, and so there’s a pleasure in being your own audience.

As for how writing affects my view of other people…I don’t think I’ve ever written about someone I didn’t like, at least a little. So if anything, writing reminds me to be generous. People are lonely. People fuck up. People try. I’m still an optimist.

SC: How much of yourself do you find in the characters and stories you write? Do you find that this reflection is conscious or subconscious?

MM: I don’t write about my life, or people in my life, or things that have happened to me. The idea of writing directly from my experience bores and confounds me. My editor once expressed surprise that I’ve never written about being a twin, for example, or about having children. When I tried to imagine how I would go about doing those things I drew an absolute blank. I just don’t have the desire to rehash my life on the page; it’s enough to live it. And, too, I don’t think at all about how much of me is my work; to me, writing is an act of fantasy. Certainly my general concerns about people and life and ideas are reflected in what I do, but I don’t analyze it.

SC: What draws you to the genres of gothic, fantasy, and fairytale?

MM: I like to be in spaces that feel a little extreme, and the genre elements of my writing maybe reflect that desire, though I do think of my work as mostly “realistic,” if that term means anything these days. I mean, when I write I feel like I’m writing about real people in real situations. For example, “Love, Lucy” is a story about the antichrist and while some people interpret the antichrist thing as being a metaphor, I actually consider Lucy to be, well, the antichrist. As well as a metaphor. And it seemed plausible to me as I was writing it, that, sure, the antichrist could be a real thing and this is what she might be like. In some ways I’m supremely literal and I believe what the stories are telling me. This is partly why I thought “The Blair Witch Project” was a true story for about 3 months after the movie came out…

SC: Heartbreaker is your debut collection. What is important to keep in mind when writing short stories?

MM: Hm…I think it’s important to keep in mind that you can do whatever you want in a story. There are no rules. If you believe it, if you work as hard as you can to be as precise as you can be about the world you’re in, then you’re there. I like to feel that a story is being honest – that it cares about its own truth, that there is nothing gimmicky or done just for effect or out of laziness. I think this sense of honesty is what draws us to the work we like – even if it’s a Stephen King horror novel, or a George Saunders story, or a sci-fi book about anorexic aliens with a dirty sock fetish – we believe it, we trust it. The content doesn’t matter – it’s the heart with which it’s presented.

MM: I have a lot on my plate these days – I’m working on another collection of stories, finalizing a book of poems, starting a new novel, and revising a first novel. And then I’m taking a nap.