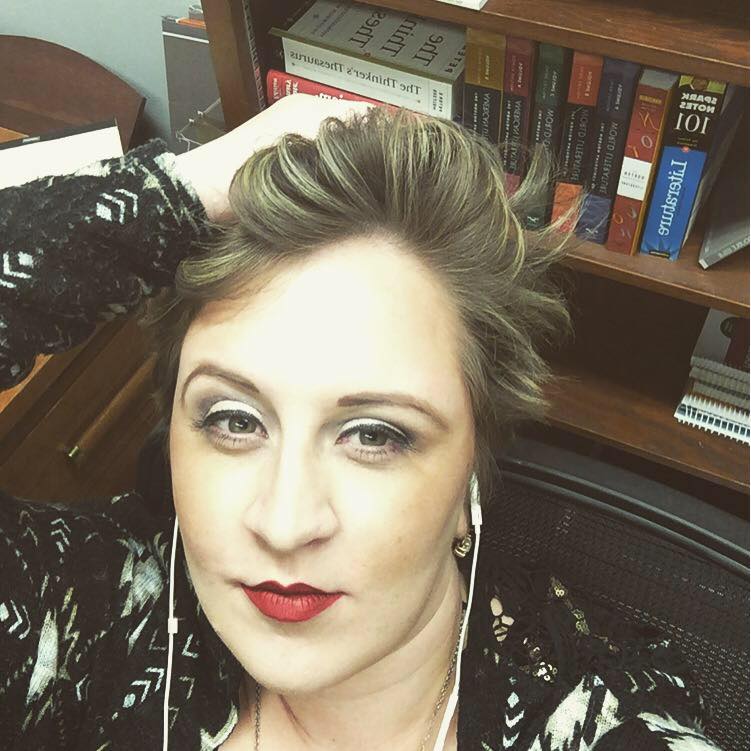 I was born in Detroit and lived in Michigan until I graduated from the University of Michigan in 2008. The Midwest has influenced my writing in that I have historically struggled to define my own identity and the identity of the place I come from. My family has lived in this country for hundreds of years, and being an only child born to nonreligious parents with small families has only exacerbated my sense of being born sui generis in some way. And yet, as someone recently pointed out to me, I do have certain tendencies toward Midwestern pride: my ferocious love of domestic cars, for example, or my disdain for folks who can’t handle the cold. The region has perhaps meant most to me because it seems in some ways largely faceless: this, in turn, has forced me to wrestle with who I am in important ways.

In a poem called “Vanishing Act,” which was published in Poet Lore a few years back, I discuss my (somewhat successful?) project of losing my Midwestern accent. This happened largely without overt effort—though I did try to stop using a lateral vowel whenever I could (Michiganders pronounce “salmon” as “SAM-in,” wherein the speaker’s mouth opens to form what is almost a horizontal line)—I began to ask myself why I wanted to sound like I wasn’t from anywhere at all. I think I craved this kind of being-from-anywhereness because I already felt like I had no home, like the Midwest had prepared me to live and be from almost anywhere, and I wanted a broad, unidentifiable accent to match. Much to my chagrin, many people tell me that I have a shade of a Texan accent on some words now. This is a long way of saying that writing about the Midwest and physically leaving it behind has taught me the most about geography, family, and ancestry. We can’t escape where we’re from; we have to confront it in one way or another. And that confrontation, for me, happens most often through writing poems.

I’ll confine my comments to what I know about Michigan folks specifically. And in that case, I would say that it comes down to a few things: our attachment to our major industries, the relationship we have to the state’s often volatile weather, and our resoluteness. Being from a GM family, I still bristle when people expound upon the glories of their Fords. I also relish living in Texas now, where the weather remains warm, hot, or pleasant for most of the year; my friends and family back in Michigan often find themselves baffled by the Midwest’s changeable weather or stultified by its long, grey winters. And above all, I see more every year I spend away how tough Midwesterners, and perhaps especially Michiganders, are. Major industry collapses? We’ll make it somehow. Largest cities suffer from racial inequality and brain drain and corruption? We’ll try to fix them. It’s ten below outside? Put on your god damn fleece-lined jeans and shovel the driveway.

As a narrative lyric poet who sometimes embraces and sometimes shuns the label “confessional,” those kinds of experiences and memories are hugely important for me. Poetry is the way I make sense of the world and of my own life, but this isn’t mere solipsism: I can’t expect everyone to care about the time my Uncle Tim took me out on the back deck to lob slingshot pellets at the herd of guinea hens in the neighbors’ backyard. The poems have to matter to someone else, and not just the imaginary, elusive “reader.” They have to have the power to touch real people who know nothing about the Midwest, who don’t understand what it’s like to be sexually aroused by a Chevy. And that’s sort of all I’ve ever wanted to do as an artist: to make people see and feel. I had been writing poems since I was old enough to hold a pencil, but I remember the exact moment I decided that I wanted to be a poet (whatever that is). I was 12, standing in a bookstore on Main Street in the quiet resort town of Charlevoix, Michigan, where my grandparents lived for about four years. I was perusing the poetry shelf, devouring poem after poem by authors living and dead, local and far flung. And I was able to recognize the depth of the feelings their work was evoking in me as something that was not magic, but synthetic—created. In other words, more magical than magic. And in turn, Charlevoix remains a mythical and yet very real place in my mind and in my writing.

Having written poems since I was a child, inspiration, for me, is easy to recognize and comes at me from all angles. That sense of Ooo, that’s a poem, hits me like a little shock, but it’s difficult for me to describe the qualities that go into a moment like that (which infuriates both me and my students when they ask me the same question). Here are some examples, however: I have a bookmarks folder on my computer where I keep internet “clippings” that have given me that flash of inspiration. Headlines are often great for this. I have some saved in my folder that read, “Woman Plunges 60 Feet from Store Balcony, Lands on Mattress,” or “Taxi Drivers Say They’ve Picked Up Ghosts of 2011 Tsunami Victims in Japan.” The frisson of inexplicability and beauty and pain that I feel when reading these headlines moves me to write.

My ideal writing environment is one where I can feel the pulse of other people: coffee shops, bars, airports, and recently (and bizarrely) a nail salon. Though these labels might not ultimately be worth much, I’m what you might call a textbook extrovert: I derive my energy from being around others. When I’m grading or doing freelance editing or lesson planning, I prefer silence and solitude. But when it comes to writing poems, I prefer to write right in the middle of things—in life’s midst. The writing life can be a lonely one, if you let it, and writing in public has the effect of reminding me that poetry is a living art form and that my readers are very much real, as well.

Writer’s block, I’ve found for myself at least, isn’t about having nothing to say or about some mysterious, intangible dam: it’s about permission, or its lack. If I’m feeling “blocked,” it’s usually because I haven’t given myself permission to write a poem I know I want to write or, even more frequently, because I haven’t given myself permission to try something very new or wild, something that scares me or is wholly unfamiliar. I combat these feelings by telling myself that, as Gabrielle Calvocoressi recently said to me, drafts and early revisions are or ought to be mainly about play, not about revision or craft outright. And if that’s all I’m obliged to do when faced with a blank page, writer’s block seems ludicrous. It’s playtime, I’ve recently been telling myself. Enjoy it.

I think for me I know a piece is done when I’m moved to speak the words out loud. When I start getting an itch to recite it to myself as I’m near the end of the drafting process, I know I’m close. When the internal rhythms and music of a piece feel strong enough, I know the poem is, well… what I call “ready or ready enough.” I have a folder on my laptop with that title, where I keep pieces that are ready for other eyes and other modes of transmission beyond the privacy of my own page. What the poems in this file are ready for, exactly, varies. Sometimes it’s submission, sometimes it’s the keen eyes of my poet friends, or sometimes it’s the opportunity to sit, satisfied, alongside my other “ready” poems while I think about their potential and their promise.

What an unenviable choice to make! I think I’ll go “dead poets” rather than living poets on this one. I think my favorite dead poet would have to be Stevens. I recently got up the nerve to get my first tattoo (a phrase from “The Man on the Dump”) that I had been meditating on for years: stanza my stone. I admire deeply Stevens’ lifelong fascination with the relationship of the imagination to reality as well as the relationship of art to our lives. Stevens was also the consummate hedonist—an image of him I cherish deeply (reiterated in David Perkins’ A History of Modern Poetry and elsewhere) is of the poet cutting an apple and dipping each slice into a mound of mayonnaise. Stevens once confessed, “I am a miserable sinner and love being so,” in a letter to a friend. Perhaps Stevens taught me about permission as well: permission to ensconce art at the center of one’s life, permission to worship the imagination, permission to delight in the glories of the secular world.

I’m currently seeking publication for my first book, a collection titled New Narcissus. I’m also at work on some new poems that give in to my penchant for culture, popular or otherwise: a poem about the 30th anniversary of the Challenger explosion, a poem about I Dream of Jeannie and Bewitched, a poem that uses death-row inmate John Battaglia’s crimes as a jump point for a meditation on pain, and a poem that considers the prospect of teaching Ovid to my students while I struggle with the concept of love. I’m also currently working on reviews and interviews for Pleiades, The American Literary Review, and American Microreviews and Interviews.

You can visit caitlincowan.com to learn more and read my work. I also tweet (very infrequently) and Instagram (frequently) at @darlingaesthete.