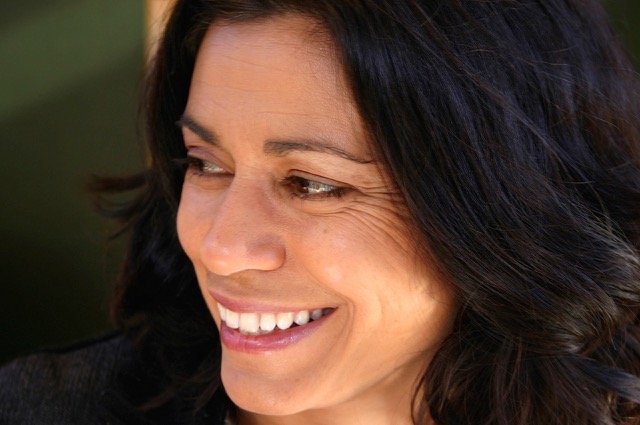 Midwestern Gothic staffer Giuliana Eggleston talked with author Toni Nealie about her book of essays The Miles Between Me, approaching sensitive topics, the influence of identities, and more.

Toni Nealie: It’s home these days. I walk my dog on the wide sidewalks of Oak Park, Ilinnois, those hated by Hemingway (my kids have gone to the same school that he did.) My family, work and cultural life are centered here. I teach at Columbia College Chicago, am the lit editor at Newcity, write in Oak Park, fight with rabbits and squirrels here.

GE: Much of your new book of essays, The Miles Between Me, deals with the experiences you’ve had moving from New Zealand to Chicago. Has this move affected your use of place and setting in your writing?

TN: Place is central to my writing. I grew up with the dramatic landscape of Aotearoa’s mountains, ocean and native forests. It is ever-present in these essays, but I chart my growing appreciation for the Midwestern landscape.

GE: Has your writing style changed at all with the move?

TN: Very much so. Previously I wrote journalism, now I am writing more lyrical, digressive, thoughtful prose. Uncoupling myself from straight narrative was freeing. 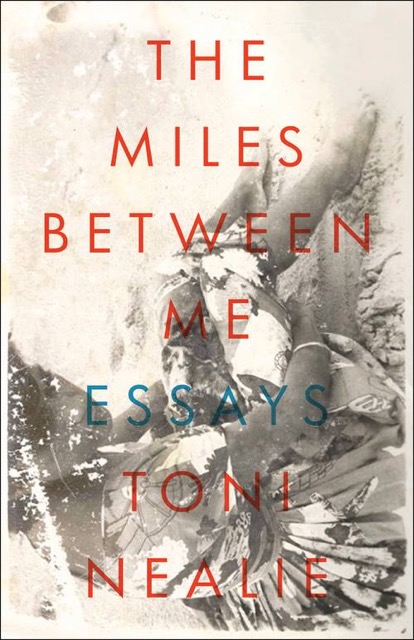 GE: In your essay “On The Rights and Privileges of Being an Alien,” you address difficult subjects such as racial profiling when traveling between countries. How do you approach writing about these sensitive topics? Are there areas you try to avoid, or specifically touch on?

TN: It is hard to balance my personal encounters with racism and immigration against the enormity of what other migrants go through. I’m only telling my story, and as painful as it was for me, I know my experience pales in comparison to that of others. I found it hard to weigh the discourse about borders and immigration against people’s real fears of terrorism from outside threats. My main concern was toward the people closest to me, how they would perceive what I was trying to do when talking about family matters.

GE: Your essays can be deeply personal, letting the reader in on intimate areas of your life such as your family, fears, and memories. Are there any challenges you face when making yourself this vulnerable? What do you hope to achieve by opening yourself up to the public in this way?

TN: My main achievement is writing to make sense of my own life and some of the forces in it, but I hope that aspects of my individual perspectives will ring true on a universal human level. I have met several women who say they were brought to tears when reading the first essay, because it mirrored the experience of losing their identity through isolation or loss of job and had made them feel very alone. I’ve had strangers of various ethnicities who relate to the dualities and questions and general weirdness offered in “Meditations on Brownness” – how your perception of yourself can be so different to the box bureaucracy or society tries to squeeze you into.

GE: Your writing is often influenced by your identities–your status as an “alien” in the United States, the color of your skin, being a woman. Have these identities always been strong factors in your life, or have certain experiences brought them into sharper focus? How have these identities factored into the development of your writing style?

TN: They have been brought into sharp focus! I’ve been conscious of race and gender issues for a long time. Having children leaves you in no doubt that you are a woman. But until I moved to the U.S. my life wasn’t as compartmentalized, and being a woman and a brown person wasn’t as fraught as I have encountered here. Politicians don’t let a day go by without attempting to curtail women’s agency. We see daily the suffering of people outside the dominant circle of power and influence. Not to say that gender and ethnicity aren’t issues in my homeland, but the U.S is such a vast country, with a history of religious values, geopolitics and race dynamics that create a polarized present.

GE: While your writing takes its form primarily in essays, it has a very lyrical and poetic quality nonetheless. What is your writing process like, and what inspires your more poetic style? Is it the natural way you write or do you spend time crafting your phrases?

TN: I draw on both movement and stillness when I write. I like to walk and think and read poetry or lyrical work before I sit down. I am naturally a very social person, used to busy newsrooms and noisy offices. To write, I have the music off to be in a more meditative state. I like the play and rhythm of words on the page. I’m a slow writer. These essays took a lot of time!

GE: The topics of your essays are very autobiographical, focusing on your personal experiences and illuminating aspects of life through first-hand accounts. When do you first know you are going to write about something you have experienced?

TN: Initially, I thought I was going to write a book of general nonfiction, but I was pressed to make sense of my own life and the essay is able to combine biography, factual research, poetry, imagination, digression, playfulness, and anecdote until it makes its own alchemy and is none of the above. The essay draws on my own life, but it is carefully curated and imagined.

TN: A nonfiction book-length project and a fiction project that I am researching, but too soon to say what will work yet. I could do with an agent!

Toni Nealie is the author of The Miles Between Me, an essay collection about homeland, dispersal, heritage and family. Her essays have appeared in Guernica, The Prague Revue, The Offing, The Rumpus, Hobart and Entropy. Her essay “the Displeasure of the Table” was nominated for a Pushcart Prize. Originally from New Zealand, she worked as a journalist and in public relations in NZ and the UK. She holds an MFA from Columbia College Chicago. She teaches and is Literary Editor of Newcity.