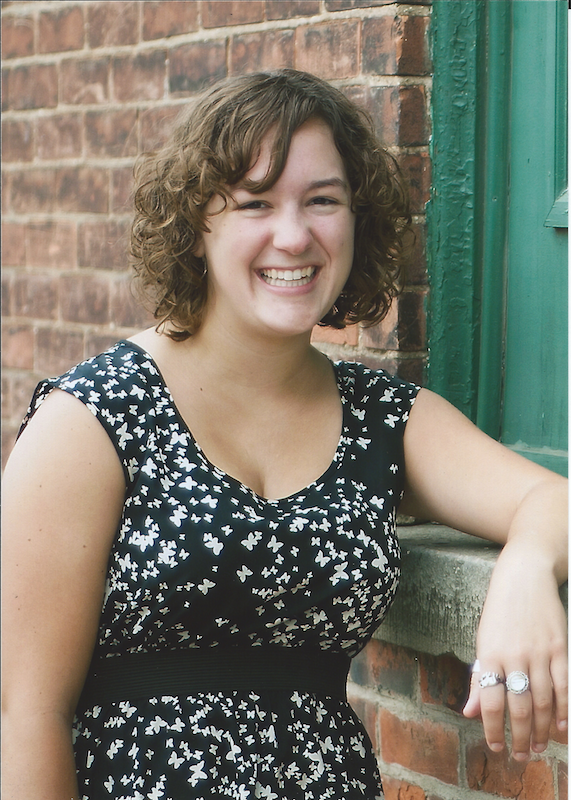 Allyson Hoffman’s piece “The Body is Not a Raft” appears in Midwestern Gothic Issue 23, out now.

I’m a Michigan native, and I grew up in a very small town. I’m fascinated by the culture and community of small towns, the local businesses, and the everyday conflicts people face. These elements are at the center of my current project: a collection of linked short stories.

Lake Michigan. I grew up going to the lake in the summers, and I think the beaches along Michigan’s west coast are some of the most beautiful places in the world.

I think the change of seasons, especially in small Michigan towns, plays a big role in my writing. The landscapes of the towns and cities I know completely change when the leaves turn red or the cornfields are buried under snow. When I start a story I have to know what season it is, because that sets up the tensions my characters will have to face. I picture the treeline near the house I grew up in, and that helps me see details about the season the reader will need to know.

My writing ritual is to listen to Philip Glass’s Metamorphosis (fantastic solo piano) while I write. I know the piece by heart, so it’s comforting and not distracting. In an ideal world I’m half-asleep while I’m writing so I’m using all my energy to write. It means getting up extra early and writing for an hour before the rest of the day gets started.

I always have three or four pieces that I’m working on, so if I get stuck on one I just move to the next one for a few days. I believe in leaving pieces alone for awhile and coming back to them fresh. But in the meantime, I’ve got to be working on something else.

I can’t. Sometimes it feels like my pieces are never finished. I could rewrite sentences and change words forever. Deadlines help me work towards as finished as I can be. In both fiction and nonfiction, that’s when the tensions among my characters are clear, and they come to some sort of resolution, whatever that may be.

Louise Erdrich is one of my favorites. Love Medicine is a perfect example of how short stories in a linked collection can be read individually, but when they’re read together they tell a much bigger story.

I’m working on my collection of linked short stories, crafting more essays, and have notes for a novel. When I get stuck on one project, I’ll move on to another.