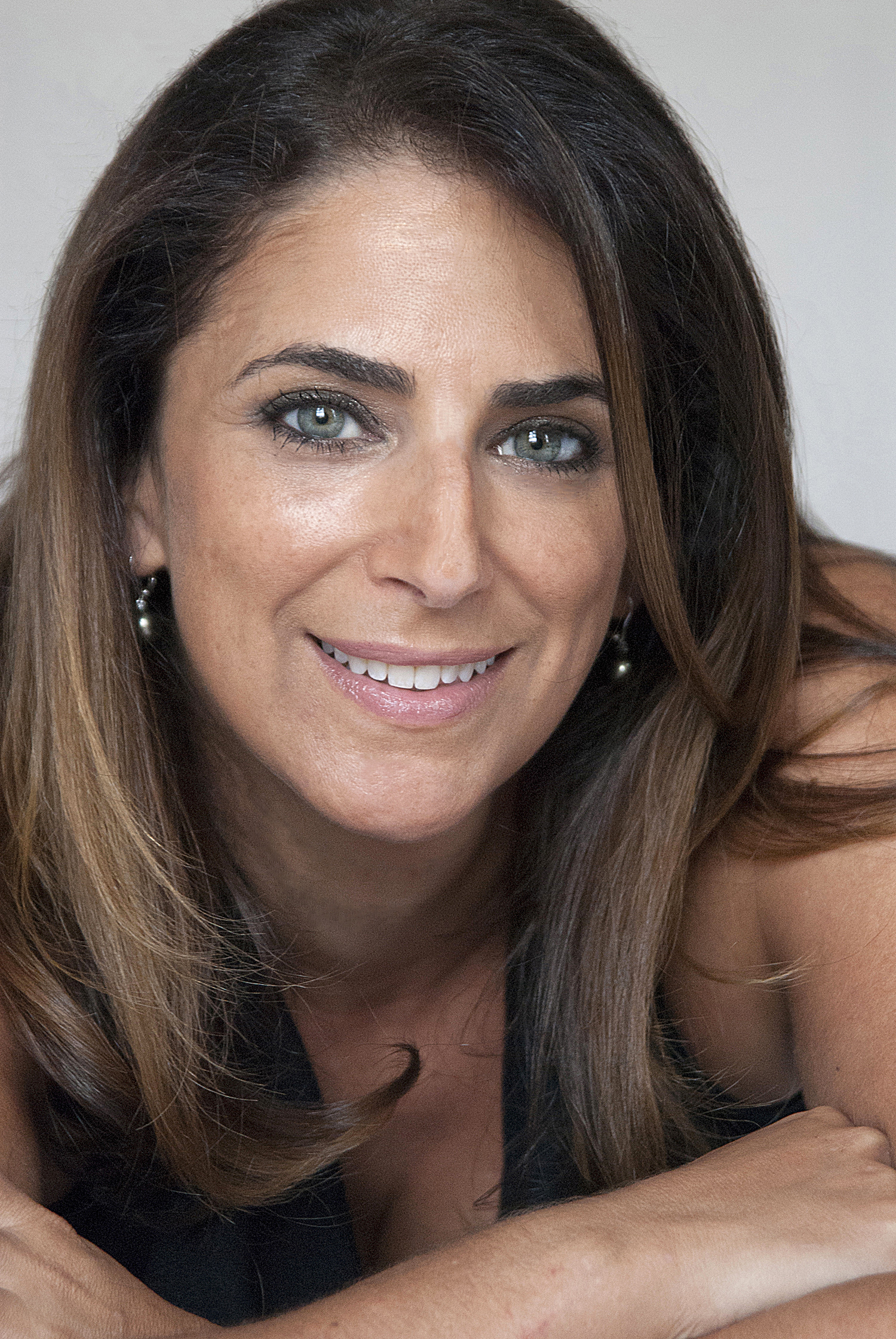 Allison Amend: I’m a proud Chicagoan and lifelong Cubs fan. I grew up in Chicago, the product of two Michigan grads, and went to graduate school at the University of Iowa Writers’ Workshop. I may not live in Chicago, but I will forever consider it home.

LS: Apart from growing up in Chicago and attending the Iowa Writers’ Workshop, you also attended Stanford University and now live and teach in New York City. How has living on both the west and east coasts of the U.S. affected the way you think about and understand the Midwest?

AA: I’d lived for a year in Spain before I went to college on the west coast, so I assume there would be no culture shock. I was wrong. It took me a good year to understand the California subtext. Then I moved East and worked in Boston. There was a completely different level of “what I’m actually saying is the opposite of the words coming out of my mouth.” And then I moved to New York, where I thought everyone was yelling at me (they were). I still long for the plain-spoken Midwesterners of my youth. Ironically, living away from the Midwest for so long makes me an even more diehard Midwesterner. I flirt between letting everyone know that the flyover states are worth more than just a layover, and keeping it a secret so that all the Californians don’t move there. (I doubt this will happen; they can’t handle the weather.)

LS: Your most recent novel, Enchanted Islands, is inspired by the memoirs of Frances Conway, an American woman who lived on Floreana, an island in the Galapagos, with her husband, Ainslie, leading up to World War II. What challenges did you face in writing a fictional story about someone real? Did you ever feel limited in sticking to the facts of Frances’s life?

AA: The details of her life outside of her time on the islands are so sparse I felt there was a lot of room for invention. Once my fictional Frances gets to the Galapagos, though, I did feel conflicted. The real Frances and Ainslie lived on Santiago Island for 6 months before the government made them move to Floreana. I had originally followed that timeline and location, and invented an elaborate plot to get them from one island to another, but then I got to the Galapagos and couldn’t visit Santiago Island (only one spot on the island is visit-able, and only via cruise ship). It occurred to me: I’m writing a novel inspired by the voice and courage of a real woman; I can do whatever is best for the book. Then I felt freer to do what was best for the book.

As an aside, some people have expressed concern that it’s appropriation or exploitation to co-opt a historical figure for fiction (though of course it’s done often, especially for television and film). I thought about changing Frances’ name, but then it would just be a thinly veiled version of her and everyone would know who it was based on. I wanted to keep her name to honor her and her wonderful life, and hopefully bring her out of the historical shadows. 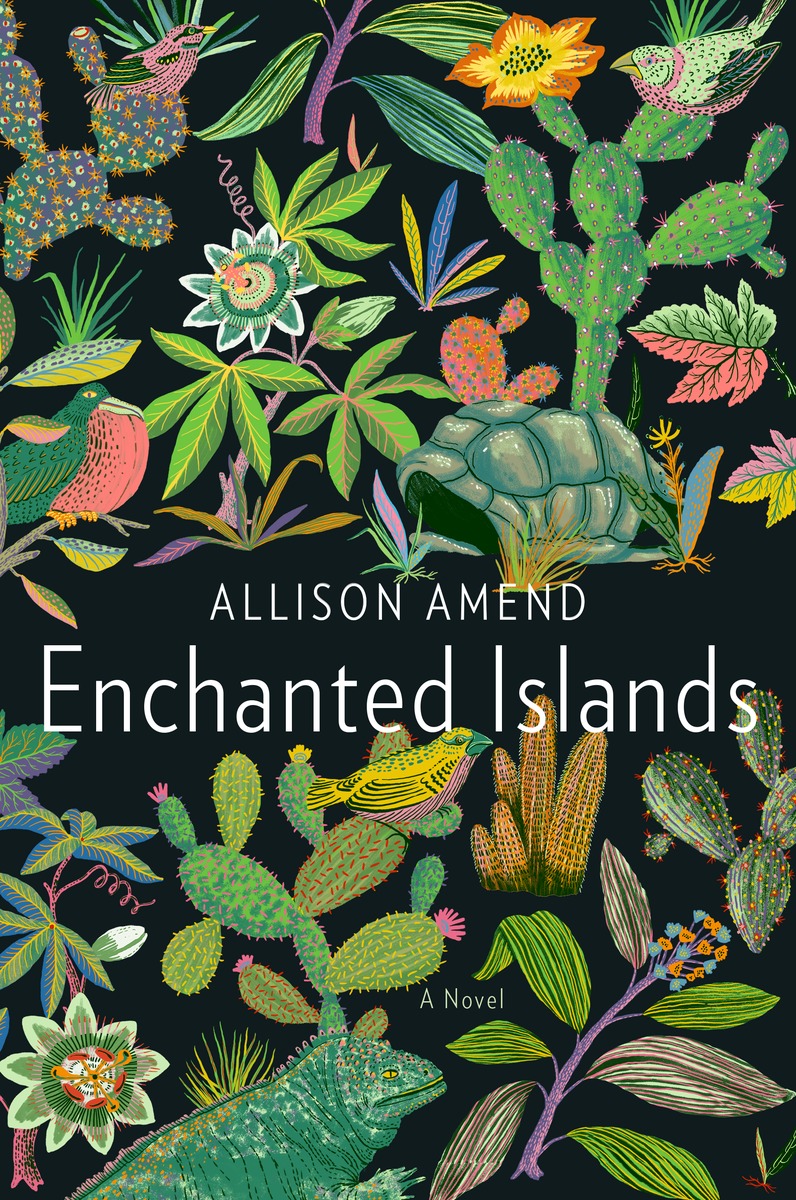 LS: Along with Frances’s memoirs, you’ve also traveled to the Galapagos islands – once as a teenager with your parents, and a second time to do research for this novel. At what point did you transition from research into the actual writing of the novel, or did you find yourself writing from the start?

AA: I once received a very good piece of advice from E.L. Doctorow about writing historical fiction. He said not to get bogged down in the research, just to make it up. You can look it up later. And I’ve subscribed to that — I began to write my version of Frances’ story as soon as I discovered her memoirs. And then I filled in the details as I went along. Of course, when I went to the Galapagos (about 3 months before I handed in the manuscript) the book got much better and richer. I was able to make Frances’ world come alive with smells and sounds. Most significantly, I experienced a small slice of the loneliness Frances must have suffered, and I think it made her a deeper character.

LS: The structure of your novel is a frame – the narrative both begins and ends at the final years of Frances’ life, and the pages in between tell the story of her early life and adventures in the Galapagos. Was it always your intention to structure the novel this way, or did it begin as something else?

AA: I did begin writing from the end of Frances’ life, but really only as a way to enter the story (I write knowing full well that at least 30% of what I generate won’t end up in a final version, and that’s a conservative estimate). But then it seemed to work for the book, so I kept it. I’d been studying framed narratives while teaching a class on the novella, a form which uses them frequently, so I think they’re an interesting narrative device. Creating suspense as an author even though the ending has already been revealed is a good challenge.

LS: Which author or authors have had the most influence on your writing?

AA: I cite Jennifer Egan so much she must think I’m obsessed with her. But I love her innovation, her ability to hint at something so much larger than what’s on the page. One of my favorite books is Madame Bovary, for its deep character analysis. Gabriel García Márquez made me want to be a writer (though I write nothing like him). I will also read whatever Margaret Atwood writes. Elena Ferrante’s books, which I read at the end of writing Enchanted Islands, validated my suspicion that female friendship across decades was a topic worth writing about.

My contemporaries, some of them my classmates from Iowa, have had tremendous influence on the writer I have become: ZZ Packer, Adam Haslett, Thisbe Nissen, Irina Reyn, Amy Brill, Laura van den Berg, Michelle Hoover, etc.

LS: As a professor of creative writing at Lehman College, is there a piece of advice you always give your students?

AA: Get a degree in bookkeeping. It’s hard to earn a living as a writer. Also, I subscribe to Anne Lamott’s sh***y first drafts club. Just get it down on “paper.” You can edit it later. Also, the thing that separates writers from people who want to write is the writing. Don’t forget to do it.

AA: I get to be the expert on a Galapagos Cruise (New York Times Journeys) next summer. I’ve started a new book based loosely on a hate crime that occurred in Chicago in 2005. So I’m hoping to be spending more time in the Midwest in the near future!

Allison Amend, a graduate of the Iowa Writer’s Workshop, is the author of the novels A Nearly Perfect Copy and Stations West, which was a finalist for the 2011 Sami Rohr Prize for Jewish Literature and the Oklahoma Book Award. She is also the author of the Independent Publisher’s Award-winning short story collection Things That Pass for Love. She lives in New York City where she teaches creative writing.