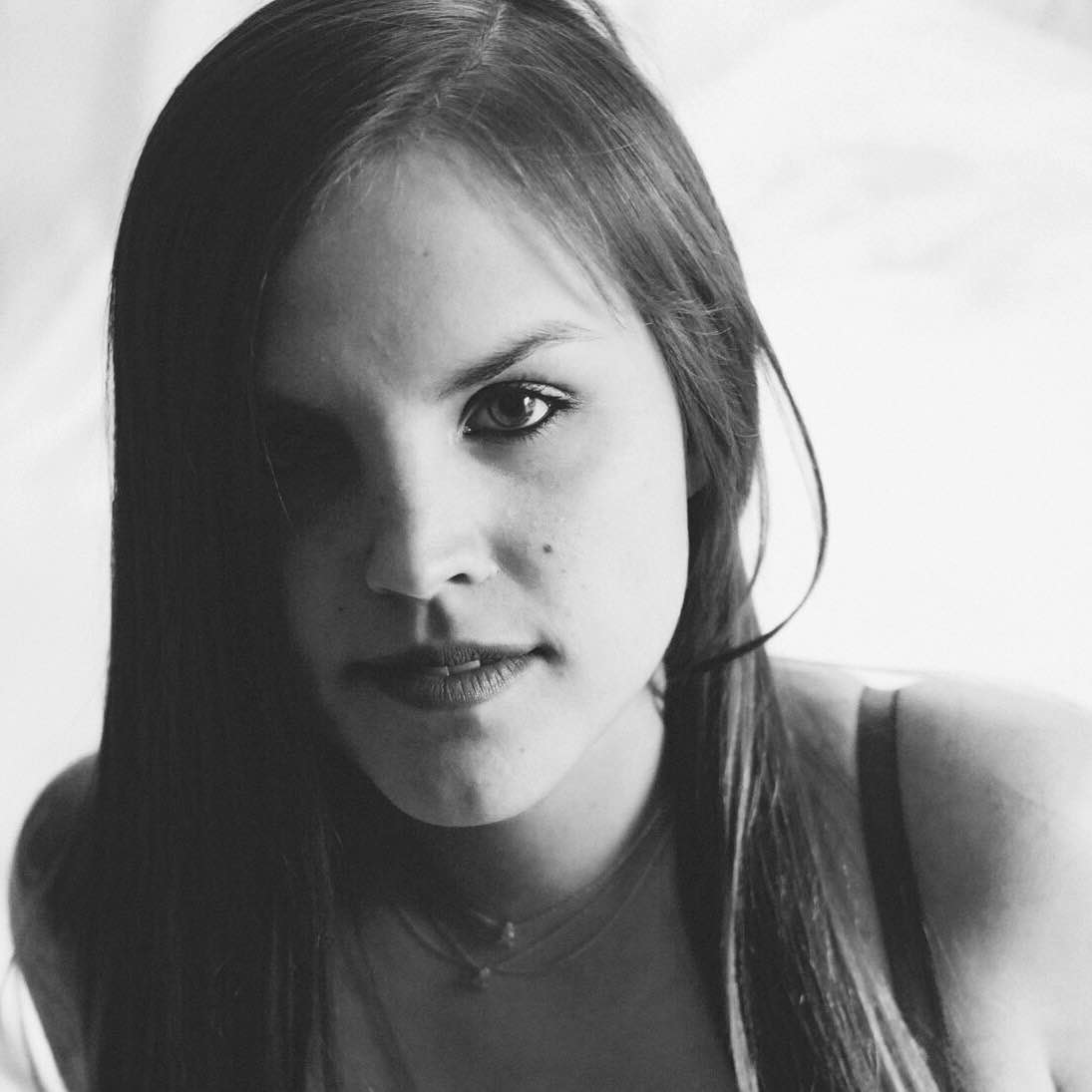 The influence the Midwest has had on my writing—and who I am—is almost too immense to be able to do this question justice. I was born in Kalamazoo, Michigan—and yes, I do point out where I’m from on the back of my hand—and grew up in a rural farming town about a half an hour south. Michigan-as-home is absolutely pivotal to my writing, and to the way I construct my identity. The Midwest is a question I continue to try to answer.

I remember, when I was pretty young, reading a book series about super-rich teenagers that was set between New York and L.A. They would call the spaces in between “the flyover states.” I think poetry is about resisting the flyover—digging down into the muck, into the seemingly empty fields and abandoned buildings—and finding what else is there.

I think the element of in-between-ness itself is one of my fascinations with the Midwest. In some ways, there’s this sense of suffocation that leads to a certain kind of desperation (which I will fully own lives inside of me in the same way it lives inside of a lot of Midwesterners). So much of poetry is about the interplay between freedom and constraint—and where better to find those intersections in the flesh than in the Midwest? Places like New York and L.A. strike me as places of accumulation—image on top of image, meaning on top of meaning. There’s just enough space in the Midwest for the seams to show a bit more—and I love that. In poetry, and in life.

I need a sense of place in a poem in order for my work to find some solid ground. There’s an element of airiness to the way I think and the way I write, so it doesn’t quite come alive until I bring it down into the bog and the bugs and the lakes that are my home. I feel a deep connection to and reverence for the Great Lakes, each of which have their own character and sense of self. I grew up going to Lake Michigan year-round, and up to Lake Superior on special occasions. Lake Michigan is dirty and mercurial, the first lake that most people see when they discover that there really are lakes that disappear into the horizon. Superior is like a cold, distant mother. When I was in high school, a boy drowned from the undertow in Lake Michigan. But Superior is the queen of shipwrecks. And so cold that the water is cleaner than you could ever imagine, shipwrecks and all. When we were little, we had to be warned over and over again not to swim in Superior for too long, lest nerve damage begin to set in.

My writing process has shifted relatively recently, and I’m sure it will shift even more in the future. I used to write everything on a computer, because that’s where I found the most freedom in terms of formatting a first draft. Eventually, my self-doubts and perfectionism made it so that I would write lines and immediately delete them, making writing anything at all extremely difficult. I eventually started writing poems longhand, in messy, prose-y blobs. The informality of writing this way frees me from my self-doubt, and allows my first draft a bit more wildness.

I often find inspiration in subjects that get me thinking—philosophy, scientific articles, facts about the natural world. So often, metaphor is shimmering right there on the surface of such sources—so much so that sometimes I forget to reframe them in a new way, or to frame them at all! I love putting disparate images in conversation with one another (often, I find that they’re not as disparate as I originally thought).

I enjoy prompts with a lot of restrictions. For me, great creativity is often born out of great restraint.

I find it difficult to write in summer. There’s something about direct light that stops up the ink for me. Fall and (especially) winter are my most productive seasons.

I deal with writer’s block by taking the extra time to read more. I try to remember that it’s hard to change directions without slowing down. When I go back to the page, I know the poems will have grown or changed without my having tried to change them. Recently, it’s helped me to write letters to the dead. They’re still poems, of course, but I’m able to trick myself into feeling like they’re something else—something that’s a little easier to begin.

How can you tell when a poem is finished?

More often than not, I end a poem too early. I have to remind myself to keep going, even if it feels like I’ve hit upon an ending. The poem keeps going and eventually gets to a more exciting place than I’d originally thought possible. That isn’t necessarily to say that the line or lines that I’d originally thought were an ending are not an ending anymore. The probably still are, in their own way. I’m not really sure poems are ever “finished” in the way a cake is finished baking, or the process of knitting a sweater is finished. They’re abandoned, or set free, or thrown out of a moving car. Thinking of it that way helps me move on.

Who is your favorite author and what draws you to their work?

This is another immense question. At some point, when I admitted to myself that I’m a writer, I began to look past what I like and what I don’t like, and thought more about what I could take away from other writer’s work in terms of craft and style. So, then it becomes a question of both pleasure and permission. On the subject of permission, for example, reading Louise Glück in high school really unlocked something in me that I didn’t fully understand until I was in college. I had heard the phrase “no ideas, but in things,” which I think is utter bullshit. I struggled to suspend my thinking mind for something else in poetry, a dedication to image alone. When I read The Wild Iris, I understood that it was okay to think through concepts in poems—what it means to be an artist, arbiter, a human woman.

Last year, I taught The Wild Iris in my Intro to Poetry class, and a vocal majority of the students reviled it. This, too, was a kind of gift.

I’m working on a book-length manuscript of poems centered around Kafka, perception, and anthropomorphism. Pretty soon, I’ll graduate from The University of Pittsburgh with my M.F.A., and make the move back to Michigan.

Check out my website, which is currently in its larval stage: www.kimberlygrabowskistrayer.com