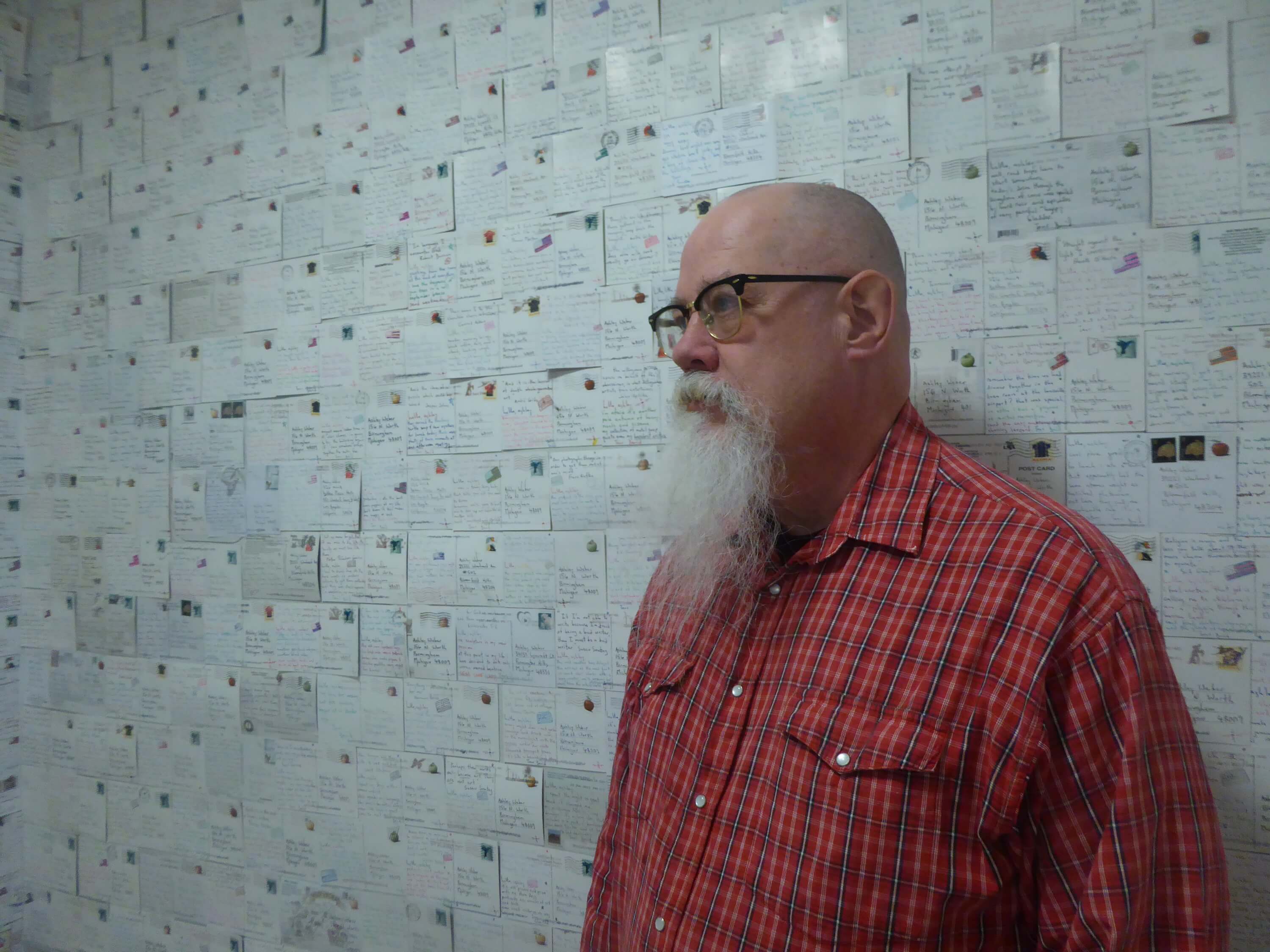 David J. Thompson is a former teacher and coach who worked at prep schools in New York, Texas, Florida, and Michigan. He grew up in Hyde Park, New York, and currently spends most of his time in Chapel Hill, North Carolina. He loves Spain, Bill Evans, Raymond Carver, and Krusty the Clown. His latest chapbook, It’s Like Losing, is available on Amazon. Please visit his photo website at ninemilephoto.com.

***
Ben Ratner: What is your connection to the Midwest?

David J. Thompson: I grew up in New York’s Hudson Valley and spent many years after college in Texas. I moved to the Detroit area in 1997 and left in 2013 although I still visit frequently. That was my first real exposure to the Midwest. In those years I drove all over the Midwest from Youngstown to Sioux City, International Falls to Evansville and most places in between.

BR: What launched you into the world of photography?

DJT: My dad always took lots of photos during family events and vacations, so, for me, photography always seemed very normal. In the early 1980’s I was lucky enough to spend some time in Asia where camera gear was a real bargain, so that’s when I started taking pictures and I did a lot of film photography back then. That ended when I spent much of the 1990’s in graduate school, too poor for travel or photography. I started again when I bought my first digital camera in about 2005 and began a series of photo road trips around the U.S.A. For me, photography is pure fun. Trying to write poetry or prose is work.

BR: What do you think photography as a medium can add to the literary profile of the Midwest?

DJT: As long as the Midwest is viewed simply as “flyover country,” photography can show that there is actually plenty to see in the Midwest. The prairie might not have the immediate dramatic beauty of great mountains or ocean coastline, but I think it has its own unique quiet charm. I love the little farm towns and huge grain elevators and, of course, the prairie sky. You have to get off the Interstate highways and drive country roads. The Interstate highway system is amazingly efficient, but it is misleading. Spend a little time exploring the Ohio River valley and perhaps you’ll better understand the political/social divide in our country.

BR: Your photography of Detroit–which interested readers can find on your website features street art from across the city. Why was this your choice of subject in depicting Detroit? What story do these images convey to you about the city, past and present?

DJT: Well, one reason is because it’s easy. You can’t drive around Detroit without running into great street art. I don’t know why, but I am drawn to outsider art, not just in Detroit but anywhere. I love Carhenge in Nebraska, Salvation Mountain in California and Old Car City in Georgia. I like graffiti and any kind of posters or signage, especially political or religious, and especially if it looks a little worn out. I don’t have anything new to say about Detroit, but I suppose the street art is an expression of resistance to a difficult environment.

BR: We have a few of your photos here that are new to the MG site. Can you take us through the inspiration behind these photos? How did you come across each of these shots and what is it that they convey to you? 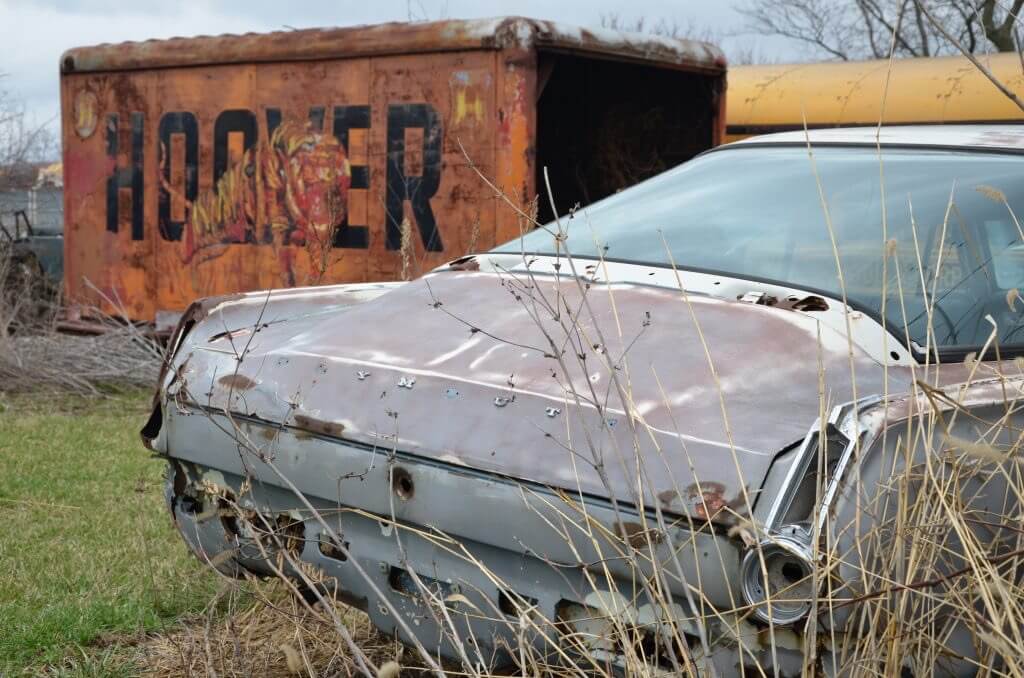 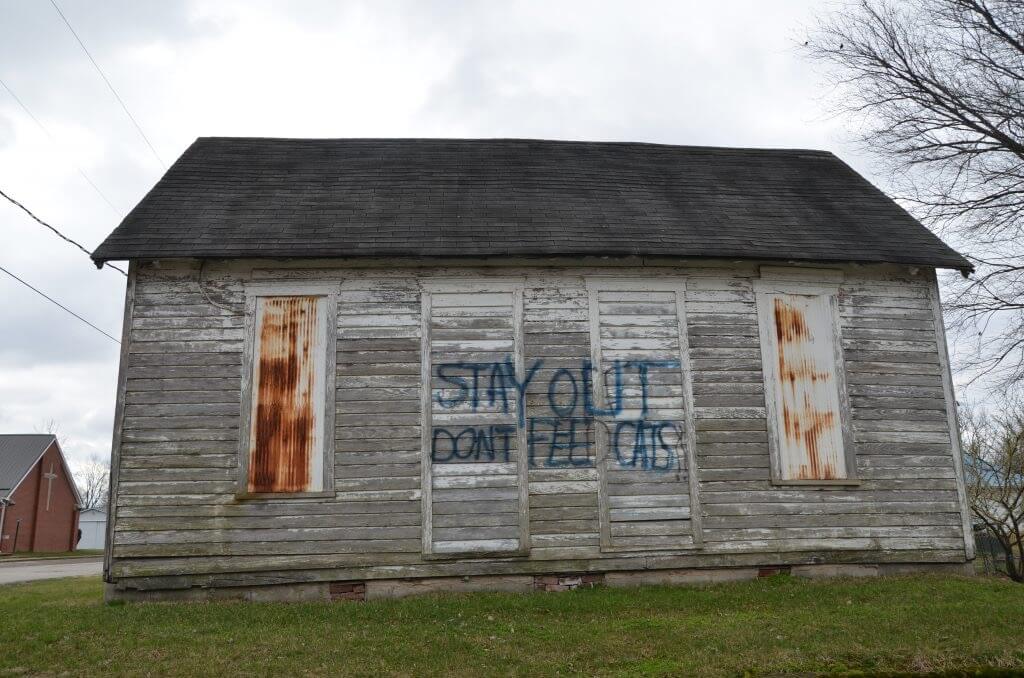 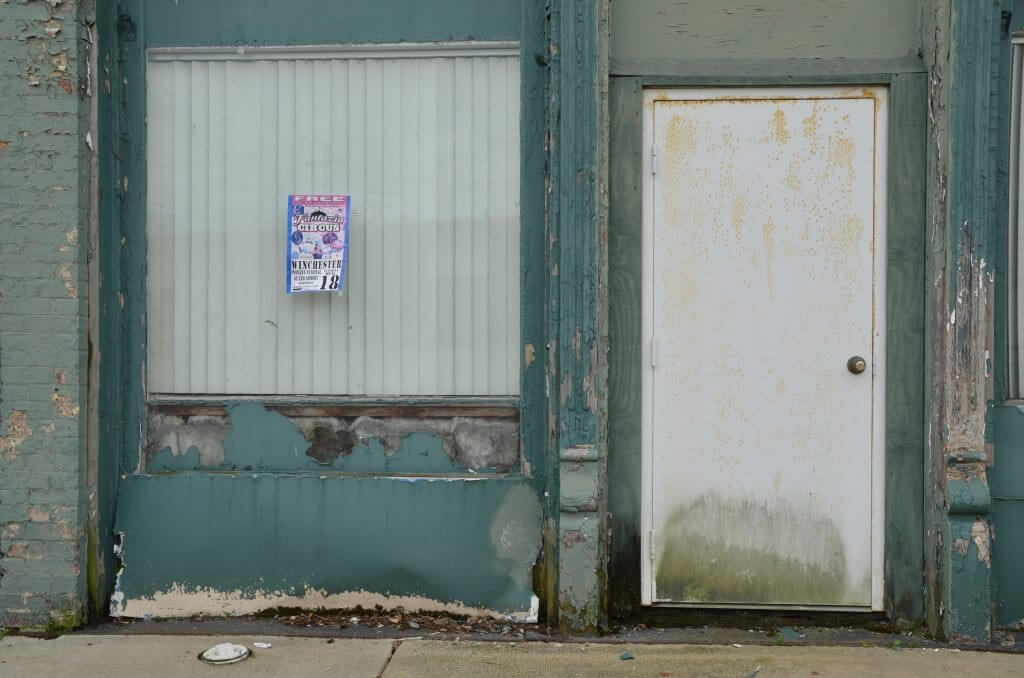 These three photos are from small towns in Indiana or Illinois. If they are effective, it’s because they contain a mixture of humor and sadness. I rarely go out with a specific subject that I want to photograph. Usually I have a destination, but my route will meander and I’ll stop and photograph whatever I stumble upon. Some days are more productive than others and sometimes I encounter local people who are very suspicious of anyone with a camera, and sometimes I run into friendly local people who want to talk my ear off.

BR:You have done a lot of travelling in your day, capturing large swaths of the United States and various countries abroad. How have these voyages changed the way you see the Midwest, both artistically and otherwise?

DJT: That’s tough. I think wherever you go, Prague or Peoria, with a camera you’re trying show what most people don’t notice or, at least, portray things in a new way. That’s, of course, the difficult part. The more you travel, I suppose, the more you appreciate what’s unique about a particular country or region, what makes it special. When I go someplace new, I try not to bring too many expectations. I don’t know if I’ve answered your question, but I guess I don’t think other travel has affected my perception of the Midwest.

BR: It is my understanding that you are a poet who is well-versed in the art of postcard-writing. Would you care to tell us how you came across these skills?

DJT: My family lived in Germany when I was a kid, and we did a lot of travelling. Back then, in the mid-1960’s, postcards were just part of what you did on a trip, so I’ve been writing postcards as long as I can remember. When I got started with digital photography I started using my own photos to make postcards. About ten years ago, I was out of work recovering from a serious illness, and I started sending out daily batches of postcards. I have sent somewhere between 10 and 40 postcards every day that there is mail delivery since then. Seriously, I have. My work can be seen on refrigerators around the country. There are people who have thousands of them. Eventually, I’m sure they’ll be viewed in the same way as Van Gogh’s letters (that’s a joke).

BR: Is there a Midwestern author that speaks to your soul?

DJT: Bob Dylan! Bob Dylan! Bob Dylan! How many times did I listen to “Girl From The North Country” in high school? Let’s not forget that James Dean, Steve McQueen, and Miles Davis are all Midwesterners. They define “cool,” don’t they? I’m wary of the term “soul,” but I loved Jane Smiley’s 1000 Acres and Don Kurtz’s South Of The Big Four before I was familiar with the Midwest. Kenneth Patchen, from Ohio, is one of my favorite poets, but I don’t see much “Midwestern” about his work. I also admire the work of my Midwestern poet friends Don Winter, Steve Henn, Troy Schoultz, and Kaveh Akbar.

BR: What’s next for you?

DJT: Boy, I’m not sure. I’d like to go back to Spain and I’m thinking about going to stay in Paris for a while, but those might just be dreams. Sometimes I even think about getting a job, but that usually passes pretty quickly. We’ll see.