Views from the Heartland: Laura Migliorino 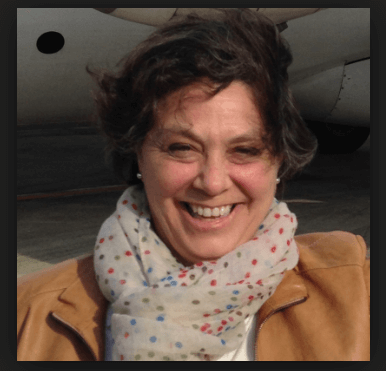 Laura Migliorino was born in Cleveland, Ohio in an Italian–American family. Her background has been very influential her life, shaping her values and character. Migliorino spent a majority of her childhood in suburban Chicago after her family moved there when she was three years old. She has a B.F.A from The School of the Art Institute of Chicago, and an M.F.A from the University of Minnesota. She is a professor of Art at Anoka-Ramsey Community College near Minneapolis, MN. Migliorino has exhibited world wide, is the recipient of Jerome Foundation Grants, and several Minnesota State Arts Board Grants. Her work is in several permanent collections including the Walker Art Center, The Weisman, and The WareHOUSE Wieland Museum.

***
Kate Cammell: What’s your connection to the Midwest?

Laura Migliorino: I am a Midwesterner through and through, all along the Great Lakes. I was born in Cleveland, but moved to Chicago when I was three years old. Chicago has the greatest influence on my character and ethos. A hardworking, rust belt city where people talk to you at a bus stop and friendly. I love the line “I saw a man who danced with his wife, in Chicago” from that great song. It embraces a tenderness that I believe is at the root of Midwestern values. I now live in Minneapolis really the upper Midwest, true flyover territory. Minnesota takes the Chicago friendly to a reserved, but lovely politeness. When I first moved there over 30 years ago I sort of resented the politeness, but as we have become a rude and indifferent culture I appreciate the honesty and openness of the Midwest.

KC: Your photography is interested in exploring people’s relationship to place and boundaries. Has your work in the Midwest led you to discover anything particularly revealing about Midwesterners’ relationship to their region?

LM: I think the thing that stands out the most is we don’t care if we are fly over country and that the world doesn’t really know anything about the Midwest. Now I define the Midwest as Minnesota, Iowa, Illinois, Indiana, Wisconsin, Michigan and Ohio. Many of my friends laugh when the national news uses the term “midwest” when they are referring to Kansas. We know who we are, and don’t need to prove anything to anyone else. 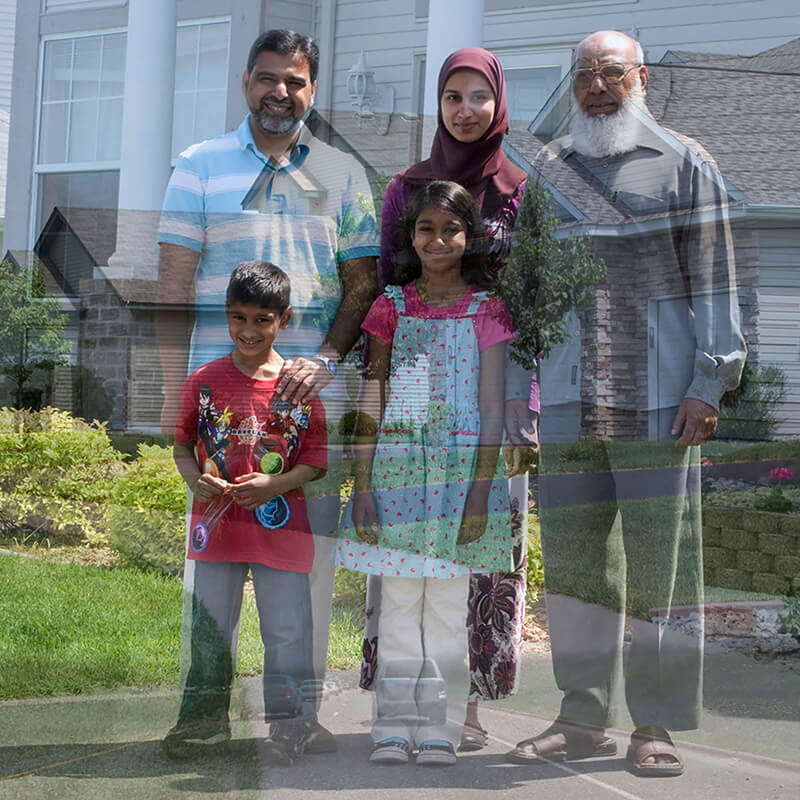 KC: Your project, The Hidden Suburbs, focused on capturing the often overlooked diversity of suburbs. You photographed immigrant, biracial, and same-sex families within Minnesota suburbs. What ignited your interest in exploring this subject?

LM: There are several factors that inspired The Hidden Suburbs. I live in the city of Minneapolis and teach in the northern suburbs. Like many city dwellers I thought of the suburbs as this monolithic, bland place full of white evangelical Christian Republicans. I saw them heading to a Mega Church on Sunday and homeschooling their kids. Suburbanites sought out a uniformity and familiarity that felt safe devoid of anything different. During my commute I saw the suburban boom, day in and day out. One day I thought about the people I know who live there, they did not fit into my stereotype of a suburbanite and that sparked by curiosity. I began my quest to find a diverse suburb.

KC: In this current political climate, this series feel just as relevant as when it was released. How has this heightened rhetoric about immigration played into the work you’re doing now?

LM: This is a great question because the demographics of suburbia are changing rapidly and are already showing a political shift blue. New immigrants are moving directly to the suburbs, skipping the traditional inner city enclaves of previous immigration patterns. They are seizing the American dream of a house in the suburbs right away. As a result areas that were once European and Christian are increasingly non – white, and non – Christian. The political impact is beginning to show as inner ring suburbs have become more liberal and tolerant of diversity. 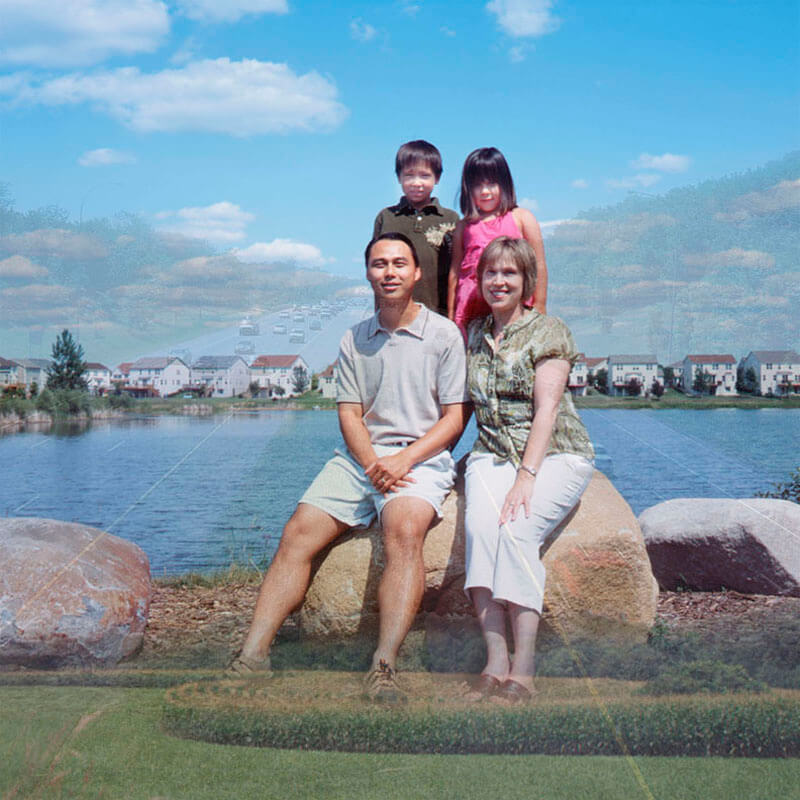 KC: You’re currently in London lecturing to Kingston College’s American studies students about suburbia. How has it been getting to hear outside perspectives of American culture, has it challenged your view of suburbia or the country’s culture in any way?

LM: These students have a good understanding about the United States and are interested in the relationship between the US and England. They know that the American suburban idea is rooted in English country life, but we added an egalitarian component that cuts across class. The English manor house did not have that but over time the English and American suburbs grew to be similar. It is also what sets us apart from Europe, where the suburbs are slums and the inner city is posh and expensive.

KC: Is there a piece of advice that you’d wish you known when you were in your student’s shoes that you make sure to share with them?

LM: Yes I do. The creative process is a disciplined practice, not some spontaneous outburst due to mental illness, grief, angst etc… A successful artist works on a regular basis, making both good and bad art. They don’t wait for inspiration they seek it out. 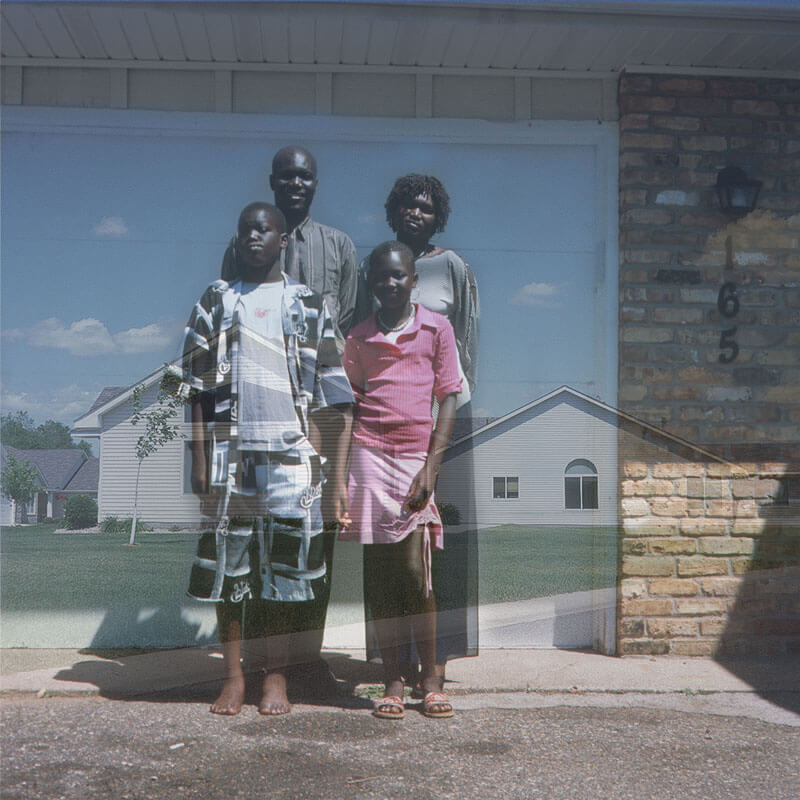 KC: Where do you find inspiration for your photographs?

LM: Inspiration for my photographs come from what ever is capturing my attention long enough to hold it. Largely the work is a result of what I find interesting in a moment, and I am compelled to explore that topic. That said I am often attracted to architecture, buildings, houses, and how people relate to their shelter. In both The Hidden Suburbs and the following series Occidente Nuevo: Recycled Tijuana portraits were an integral part of the image. The work I am doing now is devoid of people.

LM: I am currently working on a series of abandoned homes, called Absentia: Abandoned Past. The series Absentia: Abandoned Past explores spaces in a state of abandonment or unexpected departure, creating a feeling of being animated and inhabited but absent at the same time. I am interested in the in between period in the life of the house, the transition from one era to another in the lifetime of the place. Houses are like the human body; they are born fresh, clean, and full of hope. The home ages, adapts, and sags; occupants leave traces but take their memories with them. A house may be reborn and be rehabilitated; sometimes it dies and becomes a memory.