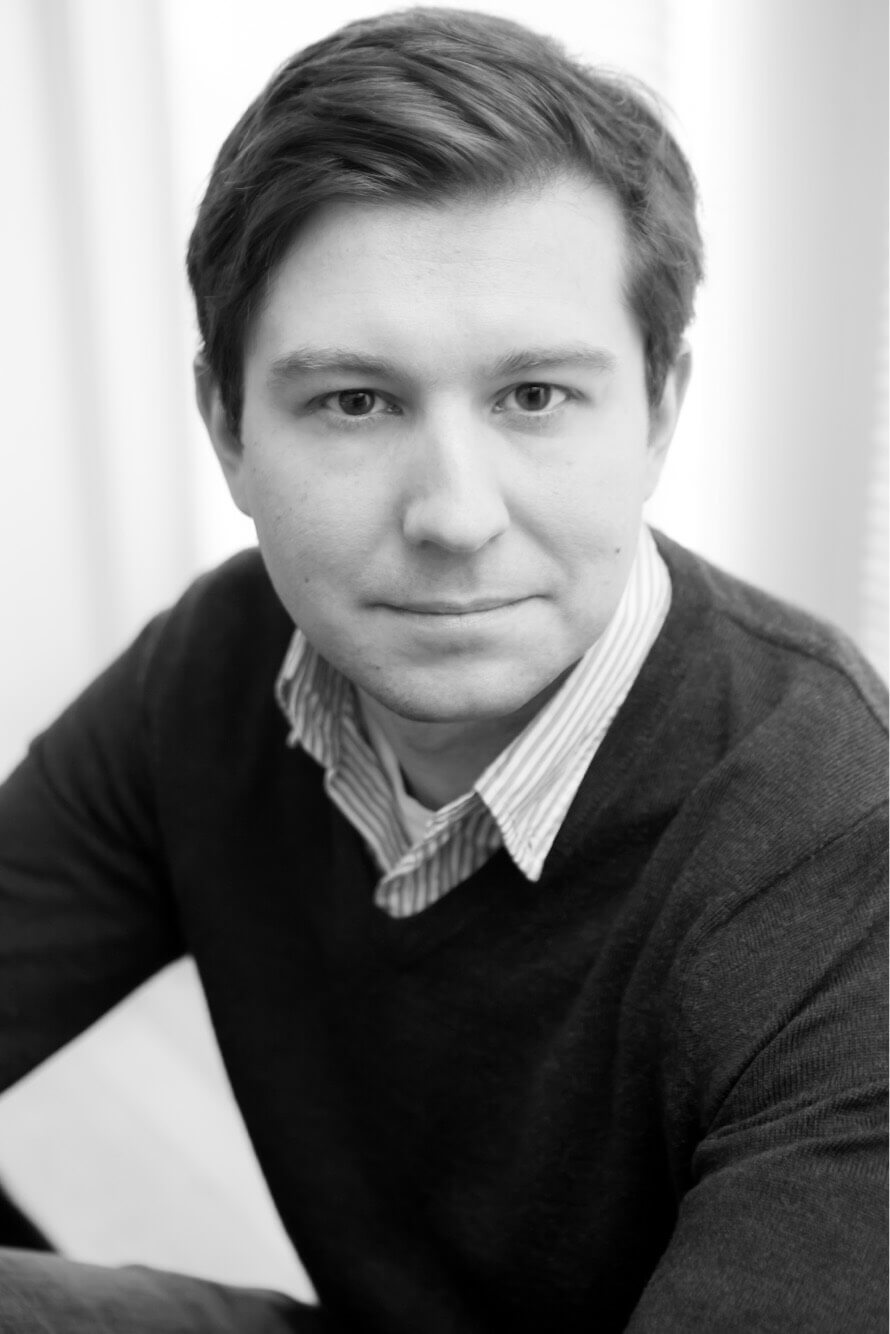 Nick Dybeck: I was born and raised in Kalamazoo, Michigan, and I went to college in Ann Arbor and graduated school in Iowa City. Most of my extended family is from Chicago, and I even lived and taught for a year in the Twin Cities. I’ve got the upper Midwest well covered.

HM: You’re a graduate of the Iowa Writers’ Workshop, and now teach at Oregon State University. How does your academic experience inform your teaching? How do both inform your writing?

ND: Like so much else involving writing, the lessons I learned at Iowa were essentially contradictory.

When I arrived at the Writers’ Workshop, I had this notion that I was pretty good—I’d gotten into a competitive grad school after all! It didn’t take long to learn that if I had any hope of actually making a go of it as a writer, I had to get a lot better and work a lot harder. The classmates I grew to admire most were not necessarily those whose talent was immediately apparent—they were the ones who chained themselves to their desks and wouldn’t take no for an answer no matter how many times The New Yorker or Black Warrior Review rejected their work.

In class, I learned a ton from my professors—Elizabeth McCracken, Edward Carey, Frank Conroy, and Jim McPherson, among many others. I still hear their voices when I work, still parrot their wisdom to my own students. At the same time, the nights I spent talking and joking about books—over drinks, poker games, Wiffle ball—were just as important and formative for my writing and teaching as anything that happened in the classroom, mostly because they bolstered my faith in the form we were all devoting ourselves to, and offered me the support and courage to press on.

Now that I teach in an MFA program myself, I continue to embrace this contradiction, encouraging my students to chain themselves to their desks, while also finding as many opportunities as they can to hang out with the writers they are lucky enough to form a community with for two years.

HM: You recently released your second novel, The Verdun Affair. What was different about writing this than your debut, When Captain Flint Was Still a Good Man? How do you feel you’ve grown as a writer since your last book?

ND: The old saw “write what you know” has never really worked for me—that’s why I haven’t published much about the Midwest, despite growing up there. In fact, it wasn’t until a year or two after graduate school when I began writing Captain Flint—a coming-of-age story that takes place in an apocryphal town on Washington’s Olympic Peninsula, an area I’d only visited once when I wrote the novel’s first sentence—that I really began to feel the imaginative wheels start to turn and offer me a story I could stick with. When I began to think about my next project, I decided take this approach a step further, setting The Verdun Affair in 1920s Europe and 1950s Hollywood—places that were impossible to “know” because they no longer existed. Had I not written Captain Flint, I probably never would have had the guts/hubris/foolishness to take on this material. 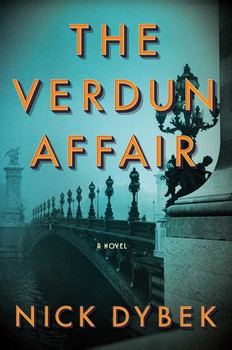 HM: The Verdun Affair is a period piece taking place in post-WWI Europe and then later in 1950s Los Angeles. What were the challenges of writing a story within these eras? What kind of research did you engage in and how did it change the way you approached the story?

ND: The Verdun Affair started with a single image I heard described in a story on the BBC’s Newshour: a man roaming the moonscape of battlefields near Verdun, picking up bones for a nearby memorial called the Douaumont Ossuary. I was haunted by this image for months but knew very little about the time and place, and less about what might happen to the characters I was beginning to create. There was a lot to learn. I did mountains of research. I read books on WWI in general, Verdun and the Italian Front in particular, life in rural France, war trauma, the rise of Italian Fascism, fin-de-siècle Vienna, midcentury Hollywood. It was only in reading book after book, encountering story after story—those of American ambulance drivers, Hungarian cavalrymen, Italian army deserters—that my own story began to take shape, often in surprising ways. For example, the story of a French amnesiac named Anthelme Mangin, which I discovered by chance on the shelves of The Strand in New York City, became a vital plot point in The Verdun Affair, completely changing the direction of the narrative. All to say that research didn’t aid the writing process of this book, it was the writing process.

HM: Did you have a particular strategy for getting into the heads of characters from this era? How did you aim to make them relatable and realistic to a modern audience?

ND: Historians have often referred to World War I as the defining event of the twentieth century. World War I gave us violence on an industrial and global scale and redrew the map of the world, while simultaneously dismantling centuries-old power structures like the Hapsburg Empire and many of the cultural traditions and assumptions that attended them. I think that the men and women of the interwar years are inherently relatable to a modern audience because their perceptions ultimately informed and defined ours. That said, part of what drew me to the material was the challenge of wrapping my head around what it would be like to live in a time of such intense upheaval and trauma (I don’t think our current American moment compares, at least not yet!). I found the actual voices of people who lived those times—which I encountered in journals, memoirs and letters—to be essential. I was living in New York City when I started writing the book, and spent many hours in the Rose Main Reading Room of the NYPL tracking down some pretty obscure books. It was a lot of fun, actually, to watch as these old memoirs—many of which had not been checked out in years—arrived from the basement stacks via dumbwaiter, and to wonder what stories might lie within. Who would I get to meet?

HM: The book follows the complicated love affair between two Americans in post-war Europe. How does the aftermath of the war inform the characters’ love?

ND: Part of what drew me to the Anthelme Mangin story was what it suggests about the power and ubiquity of grief in the years just after WWI. When the doctors at Mangin’s asylum published his picture in newspapers hoping that someone would identify him, they received thousands of replies and identifications, many of which were obviously erroneous (respondents freely admitted that the son they had lost was, to take just one example, six inches taller than Mangin, yet they were still certain the man in the asylum was their boy). The world had just survived a cataclysm on a scale that would have been unimaginable only a few years before. The formerly impossible had become possible. And it was almost as if people were saying: Well, if that was possible, then what else is? Consequently, there was a shift towards the irrational during the interwar years, evident in Dadaism and Surrealism, in a resurgence of Spiritualism, in radical politics like Italian Fascism, for example.

In the early pages of my book, Tom, the narrator, meets Sarah Hagen, an American widow who has come to Verdun in search of her missing husband. Both Tom and Sarah are traumatized, both are grieving, so it makes sense that they might be drawn to each other. But, given the context of the time, it also makes sense that they might want things from each other that are irrational, even impossible. In some ways, the private extremity and desperation of the love affair between Tom and Sarah is meant to get at the larger mood of the time.

HM: What connections do you see between themes of love and war? How do these themes help connect the era of The Verdun Affair with the present?

ND: The characters in my book would have had no choice but to take Freud’s theories about the opposition of Eros and Thanatos seriously. There’s an early scene in the novel where a troop of school boys have come to Verdun to help Tom and other officials of the Verdun Diocese collect bones. To clown around for his friends, one of the boys picks up one of the bones and pretends that it is his penis and that he is…pleasuring himself. Of course, had this boy been a few years older, he might have been one of the casualties at Verdun himself, but, having missed the experience directly, he’s not just able, but perhaps compelled, to make a joke of it all, to generate some mischievous, erotic energy as a way of coping, of going on. On one level, the boy is both callous and callow, but there is also something understandably human in his response, in the desire to cancel out, or act against, the destruction and tragedy evident all around him.

In a sense, Tom and Sarah are doing something similar, falling into a love affair that, for a time anyway, is all-consuming, existing in opposition not just to the tragedy that surrounds them, but also to the obligations the war continues to impose upon them, even after the armistice. Their affair offers them a more hopeful, coherent, and familiar narrative, one that might even redeem the losses they have borne, at a time when the old stories seem to have been destroyed along with the world order.

I certainly wouldn’t be the first to point out the political parallels between the interwar years and our own historical moment. I would be lying if I said that I don’t experience the same desire to cancel that larger moment out in my day-to-day life, to trick and soothe myself with jokes and fleetingly reassuring narratives.

Nick Dybek is a recipient of a Granta New Voices selection, a Michener-Copernicus Society of America Award, and a Maytag Fellowship. He received a BA from the University of Michigan and an MFA from The Iowa Writers’ Workshop. He teaches at Oregon State University. He is the author of When Captain Flint Was Still a Good Man and The Verdun Affair.