“Ghost County…is a book that never stops opening up.”
–Adam Clay, author of Stranger and Hotel Lobby at the Edge of the World

“[I]n these gritty poems, McCarthy exposes a grimmer reality tainted by drugs, alcohol, poverty, and violence. [T]his is a hardscrabble life where time stretches past into future, back into the past, and all seems predetermined to remain the same. McCarthy’s poems pay close attention to a darker middle life, and they do not flinch.”
—Sandy Longhorn, author of The Alchemy of My Mortal Form

“The poems in Ghost County marvelously articulate the strange, fluctuating space between the real and the imagined…Impassioned and insightful, this is a book that travels between those very real places not found on any map: memory, disappointment, and hope.”
—Charlotte Pence, author of Many Small Fires and The Branches, the Axe, the Missing

“The way [McCarthy] imagines and executes these lyric Midwestern narratives renders the place both familiar and strange, humdrum and ethereal. McCarthy has the craft and vision of someone who’s been at this for a very long time.”
—Chad Simpson, author of Tell Everyone I Said Hi 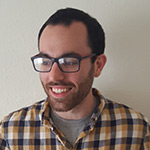 John McCarthy’s work has appeared in Best New Poets 2015, The Pinch, RHINO, the minnesota review, and Redivdier. He edited the anthology [Ex]tinguished & [Ex]tinct (Twelve Winters Press, 2014). John is the Managing Editor of Quiddity. He currently lives in southern Illinois.