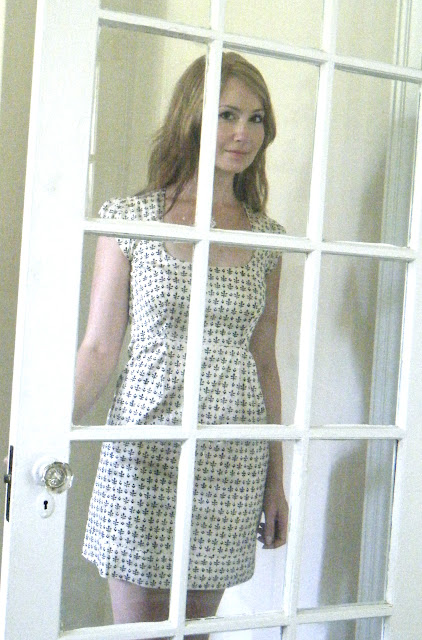 Molly Brodak’s poem “No Nothing” appears in Midwestern Gothic Issue 2, out now.

How long have you been writing?
Like most writers, I liked writing poems and stories as a little kid. The first story I remember writing was about aliens and I had just figured out dialogue, so I wrote the entire story in dialogue. It was very funny. I only started considering my own poems seriously when I decided to drop out of art school.

What’s your connection to the Midwest?
I was born in Michigan and grew up in the Detroit area. It is a state I really love, and I like to think of it more as a Great Lakes State than the Midwest. Being surrounded by water makes it somewhat different from nearby states. But I can understand why the Midwest would want to claim it because it is really wonderful and unique.

How has the Midwest influenced your writing?
The natural landscape in Michigan (upland hardwood forests and swampy lowlands) is soft and quick to change. The urban environment in and around is Detroit is obviously famous for plain decay and emptiness. I can’t explain how that influences me, but that I get a pang when a landscape is grey. It’s beyond influence—bodies are made out of landscapes, and it’s impossible to separate.

Why do you believe there has never really been a regionalist push for Midwestern writing in the past like there has with the South or even the West Coast?
Because Midwesterners are not pushy? Really though I think the persistence of regionalism in literature/art has to do with tradition, so mostly it seems like there isn’t a push for Midwesternism because there hasn’t been one. A genre is performed according to how it has been performed, with the edges being pushed out only in small, non-threatening increments. Living in the South now I can see how writers here will often annex themselves to the (mostly imagined) structure of the Southern Literature genre because there is a little power there. I think everywhere, not just in art, it is normal for people to self-adjust to fit better into whatever cultural stereotypes are available, because the group will reward the individual for doing so. I’m happy for writers in Chicago/Detroit/St. Louis/rural Ohio etc. that they don’t have to deal with something called Midwestern Literature.

How do you feel about social media to promote your writing, and do you use it?
I don’t have anything bad to say about social media. It circulates ideas and helps art happen. Also it makes people happier. I am not much of a self-promoter, so it’s not a big deal to me.

Favorite food?
An Egg McMuffin with no cheese.

If you could have coffee (or tea or a beer) with any literary figure, alive or dead, who would it be?
Ovid and Jean Louis Schefer.

Where can we find more information about you?
http://www.uiowapress.org/books/2010-spring/brodak.htm