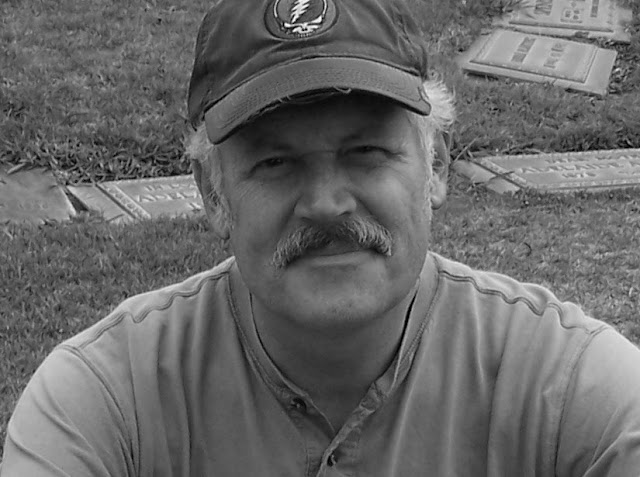 Jeffrey Alfier’s poem “The Strip Joint They Finally Closed Near West Huron and Port of Cleveland” appears in Midwestern Gothic Issue 2, out now.

How long have you been writing?
I started writing poetry in 1997, after I’d read several poems by what are known as the British ‘trench poets’ of World War One. I read their words and was enthralled by the imagistic power of language. From that point, it took me about five years to be published in anything I’d call credible.

What’s your connection to the Midwest?
I was born in Dearborn, Michigan, in 1955, when my dad was teaching ROTC at a college there – -Wayne State, I believe. We lived there three years. I’ve been back a few times over the intervening years, not only to Michigan, but to Ohio and Illinois as well; and later this year I’ll visit Milwaukee.

How has the Midwest influenced your writing?
Richard Hugo once wrote of the poet’s need to take “emotional possession” of those landscapes that obsess him or her. I don’t mean to cast Midwest landscapes in too dour a light, but I have always been fascinated by urban and rural decay, and with the dispossessed things and people of the world. With respect to the Midwest, I like to creatively re-imagine and re-inscribe the farmsteads and farmlands, the cities and factories, into verse – to tell a story, through tactile imagery, enlivening my scenes through a vivid coherence of local details. Certain landscapes haunt me continuously, such as abandoned sections of Detroit, or the Union Loop railway in Chicago. But just as well, on other occasions, I find a deep poetic resonance in the farmlands of Ohio, whether I end up setting the poem in Ohio or not (many of my Southwest regional poems were triggered by the rolling landscape of Germany’s Rheinland-Pfalz region).

Why do you believe there has never really been a regionalist push for Midwestern writing in the past like there has with the South or even the West Coast?
I am surmising here, but I would say that the Midwest is misconceived as poetically spent, or too tired, or too bourgeois. It is seen as too plain, or all corn. Writers, and perhaps their readers, think excitement and color lies elsewhere. The West has its sheer austerity, the South its intense regional flourishes. A partial redress may be in people (re)connecting with Midwest regionalists such as Ohio poets James Wright, and Bruce Weigl, and Michigan poet Jim Harrison, just to name a few among many. And they could certainly learn a lot about the craft of poetry through those three greats.

How do you feel about social media to promote your writing, and do you use it?
I approach it cautiously; I’m on Facebook, and that in itself is nearly social overload. People send me emails to join Twitter or Linkedin, and it makes me want to flee like Harrison Ford in ‘Mosquito Coast.’ I do mention on Facebook when I have a poem accepted in various publications, though I don’t post the poem until after it appears in print (or in the applicable online journal). I am also friends with many poets on FB, and with many publications as well. So in sum, I think mentioning an acceptance helps fellow writers to check out the venues I’ve been accepted for, and perhaps submit there themselves. Let me mention that I’ve seen some awkward ‘abuse’ of FB by writers, such as friending other writers just to send them endless countdowns to the publication of their new work, or to invite them to launch parties, etc. Not an inherently bad thing, but one that can easily cross the border into the junk mail realm.

Favorite book?
Richard Hugo’s Making Certain it Goes On, which is his collected works. For a non-poetry book, I’d say Cormac McCarthy’s The Crossing, though his other books run a close second.

Favorite food?
It’s got to be some kind of pasta dish.

If you could have coffee (or tea or a beer) with any literary figure, alive or dead, who would it be?
Tough call. Since I am curious about the New Testament I might say the Apostle Paul, since he wrote so the epistles. But more to our point here, I’d go with late poet Richard Hugo, the man who’s influenced my own poetry style the most.

Where can we find more information about you?
There’s kind of a fatheaded biography of me on the website that supports my biannual print poetry and art journal, San Pedro River Review: www.sprreview.com.